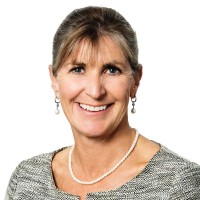 A new study from UK consultancy Market Structure Partners (MSP) is calling for the creation of an exclusive consolidated tape provider (ECTP) that has regulatory oversight, run by stakeholders and can impose fines. The hope is that this will help overcome some of the obstacles that have impeded the development of a European consolidated tape for equities and bonds.

The study which analysed the cost to build and maintain a consolidated tape, was undertaken on behalf of the European Commission. It said that the European Securities and Market Authority would be tasked to set and administer market-wide standards and pricing of consolidated data. However, to ensure compliance, the ECTP could either levy fines or, where relevant, hold back revenue share payments if there is a breach by a data aggregator.

his would give the utility more power and credibility, akin to the US model, whereby regulatory bodies such as Finra have the power to enforce comprehensive trade reporting.

The formation of a consolidated tape, which would bundle together data from Europe’ fragmented landscape of over 30 exchanges and trading venues, is a long running topic. Progress has been painfully slow and there had been hope that MiFID I or MiFID II would have laid a strong and regulatory foundation where commercial, competing consolidated tape providers (CTPs) would emerge. However, this has not come to fruition in any asset class.

The subject has come back full force on the agenda in light of Brexit as European officials push to make capital markets more competitive through the Capital Markets Union. Last month, the Commission said that there needs to be consolidated tape of volume and prices data for equity and equity-like financial instruments to provide a more integrated and holistic view of EU trading.

The MSP study sets out 14 cases of how the tape could be used, not only for investors to find the best price for buying and selling shares but also for pricing new debt and equity issues, risk management, settlement, surveillance and analysis of trading performance.

MSP said that a consolidated tape that could save end investors billions of euros and be built for around €11m with annual running costs of between €7-€9 m.

“The study demonstrates that there is clearly a need for a European consolidated tape,” said Niki Beattie, CEO of MSP. “It’s scary to hear the stories of so many market participants struggling without good data. Asset managers who manage trillions of euros of assets on behalf of investors say they have sub-optimal data with which to do their jobs, risk managers of even the largest firms speak of the difficulty of monitoring the markets without consolidated data and regulators struggle to compile data sets to undertake basic regulatory calculations and perform the required oversight.”

Beattie noted that “Brexit will not make the data problem go away – it will exacerbate it both for the UK and Europe.”