Will MiFID II’s double volume caps light up the dark? 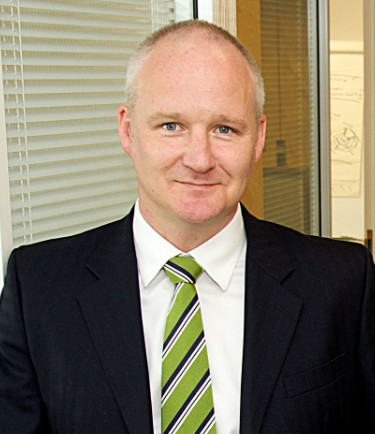 Dark pools play a vital role in the smooth running of equity markets.

What we have seen over recent years however is the emergence of a new style of dark pool trading whereby the trade sizes are not large, and in some cases lower than what we see occurring on primary exchanges. Both BCNs and MTFs are types of venues that accommodate small orders in the dark.

ESMA allows the use of ‘waivers’ to give permission to investment firms who want to trade in the dark. The ‘large in scale’ waiver is left untouched by MiFID II, which makes absolute sense. But it’s the treatment of the other two waivers that might complicate things.

For the smaller trades that occur on dark venues, it is the ‘reference price’ and ‘negotiated trade’ waivers that are most commonly used. And it’s these smaller trades that ESMA would prefer to see happening on lit order books instead. In order to achieve this, the two aforementioned waivers will have two new ‘caps’ applied, being either 4% maximum volume on one venue, or 8% maximum combined across all venues. Once breached, those waivers cannot be used for six months in the dark for the stock in question.

It remains unclear how we came to the 4% and 8% levels for volume caps.

If the general approach is to foster the migration of small trades from dark to lit markets, you can question if venues, vendors, and participants alike wouldn’t have preferred an outright ban in using the ‘reference price’ and ‘negotiated trade’ waivers. This blanket approach certainly would have been easier to deal with from a systems perspective. However, without a consolidated tape, and synchronised clocks which won’t have time to bed in for when MiFID II goes live, there is going to be a significant challenge for all involved to know exactly when the caps have been breached, or are close to being breached.

The other challenge we have is that the caps are going to be calculated on a 12 month rolling average, in which the majority of that calculation will include trades mostly done in a pre-MiFID II environment, where it’s not unusual for some stocks to trade way over 10% in the dark using the two waivers concerned. The resulting six month shut down in dark trading for the stocks concerned can be seen as a little unfair and a preferred option would have been to start the cap calculation clock on day one of MiFID II.

It will be interesting to see what happens on the first day when the double volume caps (DVCs) are introduced. It is very likely that there will be a rush to trade in the dark – like using up your ‘dark trading tokens’ before they all run out. And if that does happen, then as a result of liquidity being pulled away from lit markets and traded aggressively in the dark, spreads in the underlying lit market will widen for that period, or at best will suffer a level of instability.

Given the MiFID II implementation date has been pushed back, is it possible that there could be a revision to the double volume cap controls? There is still time. The sheer amount of data collection and management are mammoth tasks that not many people are looking forward to, and it’s no secret that in the trading world the DVCs are the least popular reforms under MiFID II.

Different avenues. As the pandemic rolls on, outsourcing is climbing higher on the priority lis ...