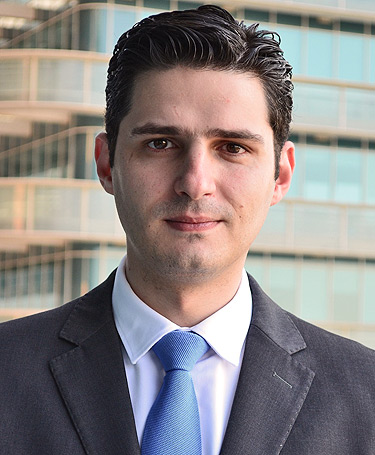 Q1 2015 will be remembered by FX traders for one single event which had a significant impact on all currencies and markets. When the Swiss National Bank (SNB) removed their peg to the euro it is estimated that losses across the industry exceeded US$70bn. However, this was not an isolated event, it was part of a global trend which is still on-going.

From the start of 2015 to the end of Q1, Central Banks around the world have been involved in an aggressive currency war. There have been over 30 interventions, from Denmark to the People’s Republic of China. Normally a war is associated with an aggressive move to assert dominance, but this is a war between countries trying to devalue their currencies in order to gain trading advantage. Stimulus programmes and quantitative easing (QE) are being used as economic weapons to try and promote growth, to raise inflation rates and to tackle unemployment. As soon as one country pushed its currency lower the next was forced to respond and the battle is still continuing.

The US ended its stimulus programme in October 2014 and Europe, through the European Central Bank, started their QE initiative on the 9th March 2015. In between these actions, on the 15th January, the Swiss National Bank removed their peg to the euro. The reaction to this was swift and dramatic. Within minutes the EUR/CHF had fallen by 30 per cent.

FX trading is now based on state-of-the-art, fast electronic systems, used by hundreds of thousands of traders globally. These systems access deep liquidity and offer tight pricing often with little direct human intervention. When faced with a trading event of this significance liquidity dries-up, prices spike and clients are stopped out. It is literally a financial tsunami.

All about the dollar

As a result of the currency wars and the ending of the US Federal Reserve’s (Fed) stimulus package, the dollar began strengthening across the board. This started in 2014 and continued throughout Q1 2015, and by the middle of March it had reached a 12-year high against the euro at US$1.045. From the start of the year GBP fell by 5.3%; JPY by 2.13% and the CNH by 1.38%, as governments looked to weaken their currencies to support their export markets and stimulate growth. Europe, in particular, has been fighting against the spectre of deflation, hence the introduction of their Quantitative Easing (QE) programme, which will look to purchase 1.14trn over a two year period.

Coming off the back of the US QE programme, which flooded the markets with cheap money, US equities continued their strong growth from January to February, with the S&P up 3% and the Dow Jones up 3.6%. In March a correction did happen but most of the losses were quickly recovered. It is clear equities love QE and the same upward move, experienced in the US, has started in Europe, led by the German markets with the DAX crossing the 12,000 level for the first time.

2014 was not a good year for oil and the start of 2015 was no better, with West Texas Intermediate (WTI) bottoming out at US$43.58 and Brent Crude down at US$45.19. In February both recovered some ground, WTI gaining 4.5% and Brent Crude advancing by 18.7%. These were the first gains following seven consecutive months of declines. However, after the minor rally WTI crude traded within a tight range between US$53.50 and US$48.0 while Brent Crude traded between US$62.50 and U$56.50. But, there was no clear direction, which left the commodity price drifting.

There are many interlinked factors influencing oil prices. However, the main production countries are well aware that the global demand for oil in 2015 is estimated at around 91 million barrels a day, and there are no real alternatives to oil for at least the next ten years. This means demand will remain and there are no obvious reasons why oil prices will not rebound to previous levels. However, a new direction is unlikely to emerge until after the next OPEC meeting in June.

So Q1 has seen a financial tsunami, currency wars, the dollar strengthening, oil declining and the threat of a new recession. These events would normally be enough for a three-month period, but in trying to evaluate what was happening we also need to look at the messages which are coming from the US Federal Reserve.

The Fed has been very difficult to interpret especially in relation to the timing of any rate hike. Global economies have been rising and falling as they try to evaluate the comments by Janet Yellen, the Chairman of the Federal Reserve. The phrase that caused most discussion was ‘patience is required’.

Analysts have variously seen this expression as confirming that a hike in the Federal fund rate will take place in June, or as clear indication that there will be no interest rate increase until September. With 92% of the US economic releases having come in negative or worse than expected, and the White House pointing to the strength of the dollar as a ‘headwind for growth’, the logic for a rise is not obvious.

With the US equity markets at an all-time high and the economy coming under more and more pressure, investors are well aware that a market correction could hit at any time. If it is thought a rate hike will happen the dollar strengthens, and equities slip, and vice versa, with these scenarios being played out on a weekly basis. If the rate increase does take place and equities do start to lose value it is not clear what will prevent a significant sell-off.

So where does that leave us for Q2 and the second half of the year? One factor, which is good for the FX industry, is that volatility looks as though it is here to stay. We can expect to see changes in the dollar, sterling, gold and oil which will change the markets. It is also possible that before these moves happen we could even get parity for the EUR/USD. And, I would not be surprised if we are still having to be ‘patient’ about a US rate rise late into the year.

Lynn Strongin Dodds A new report by US based consultancy Greenwich Associates shows that after ...

CONNECTIVITY IN CRISIS. Getting cut off in volatile markets can be disastrous; traders are focu ...

TRADING IS NOW SMARTER. In 2015 mobile trading reached new heights with a level of penetration ...