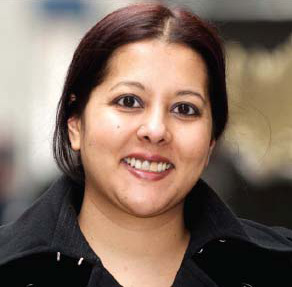 WHERE THERE’S A WILL…

Jannah Patchay of Agora Global Consultants considers whether the current raft of regulations will be fit for purpose, and indeed whether some might even create loopholes for the less scrupulous market participants?

Financial institutions of all shapes and sizes – investment banks, brokers, exchanges and fund managers alike – are awash in a sea of regulation, with tidal waves of new rules coming in from regulators in all global regions. The drivers behind this regulatory deluge are well known. Some, such as much of the Dodd-Frank Act’s Title XII rules, EMIR, and the impending second instalment of MiFID, as well as the many new Asian regulatory reporting regimes, seek to fulfil the 2009 G20 commitments to OTC market reform in the matters of transparency, market efficiency, risk management and integrity. Others, such as the updated Capital Requirements Directive (CRD IV) in Europe, and the Federal Reserve’s recently finalised prudential standards for US and foreign banks within its jurisdiction, require assurances of the prudential health and stability of financial institutions, and their ability to recover (or at least to fail gracefully) in the event of large losses or unfavourable market events.

In the background to all this looms the spectre of the financial crisis of 2007-2008 and the ensuing credit crunch. But will new regulation actually prevent another financial crisis? Does it add sufficiently useful weapons to the arsenal of regulators to enable them to identify and eliminate sources of systemic risk at an early enough stage to prevent a future crisis? Or does it in fact create an environment in which new and previously unimaginable crises might occur, with potentially devastating consequences for the increasingly intertwined global financial markets?

Take for example central clearing, the move to which should ostensibly reduce systemic risk by removing counterparty risk from the pool of clearing-eligible OTC and exchange-traded transactions, thus avoiding another potentially catastrophic default by the likes of a Bear Stearns or Lehman Brothers. However, central clearing itself creates a new set of risks. Firstly, risk is concentrated in a few commercial entities, namely the clearinghouses, instead of being dispersed across a network of counterparties. These clearinghouses, although well-capitalised and in possession of default funds to which their members must contribute a fair share, are driven by commercial imperatives i.e. to gain a competitive advantage over their rivals. In a marketplace in which all providers are offering a very similar service, it is reasonable to extrapolate that, at some point, one or more may choose to lower their charges in order to attract business. In this example, “lowering charges” may equate to lowering default funding or collateral requirements, leaning towards taking on precisely the type of risk that they were established to avoid. Secondly, clearinghouses require collateral, and most often either cash or high-quality securities. Where will all this collateral come from? Will financial institutions be forced to invent new and potentially hazardous means of converting their less-desirable assets into “safe” collateral? The potential collateral shortfall is estimated by some to be as much as 2.5 trillion US dollars.

The Volcker Rule, embedded in Title VI of the Dodd-Frank Act, originally had a very simple objective: to prevent risky speculation by systemically important banks, thus reducing risk for the global economy. It was off to a rocky start, as no fewer than five US regulators had to come to an agreement on the rule’s final wording, a process that took more than two years. The final version permits limited proprietary trading activity for the purposes of market making and hedging (albeit requiring a plethora of supporting data to prove the intent of these trades), and restricts ownership in private investment vehicles, known as “covered funds”.

Market making is both a lucrative business line for many banks, and a vital source of liquidity, particularly in less liquid securities, for the markets as a whole. Banks often go long or short on securities in anticipation of client demand, as part of their market making activities. In the case of some instruments, this invariably leads to an appreciation or depreciation in the value of the asset while the bank holds it, due to market movements. The Volcker Rule’s stringent data reporting requirements are designed to look for precisely this sort of change in the value of an instrument between the time it is acquired and the time it is passed on to a client – i.e. detection of any financial gain for the bank itself, other than the spread added to the client price. Some banks, due either to the onerous reporting requirements or to the difficulty in proving the validity of their business, could decide to exit the market making business, thus ultimately reducing liquidity in some instruments, to the potential detriment of the market as a whole.

It has also been noted by some pundits that the Volcker Rule’s restrictions on bank ownership of covered funds (funds whose activities would normally be classed as equivalent to those of an investment bank, were they to be publicly owned or owned by less qualified investors, e.g. hedge funds) may lead to greater creativity on the part of banks when it comes to taking a stake in a potentially profitable fund. For example, the restrictions apply only to equity holdings, not to debt issued by the fund. A fund could structure its debt issuances in such a way that the cashflows mirror profits and losses, thus mimicking an ownership stake to all intents and purposes, and banks, whilst staying within the bounds of the Volcker proscription on fund ownership, could legitimately acquire these debts.

These are but a few examples of the ways in which new regulation might not entirely meet its objectives, and might instead lead to some rather unexpected and ultimately undesirable consequences. However, the situation may not be as gloomy as it initially appears. Centralisation of risk in clearinghouses and the collateral shortfall are increasingly under discussion at an industry level, with the risks being recognised and analysed more widely. The Volcker Rule has still to be refined and expanded upon by all five regulatory agencies involved, of which some, such as the CFTC and SEC, may choose to issue detailed guidance more specific to, and in the interests of, preserving stability within their own markets. There is yet time for regulators to address these concerns before another crisis can occur, if not now, then in future iterations.