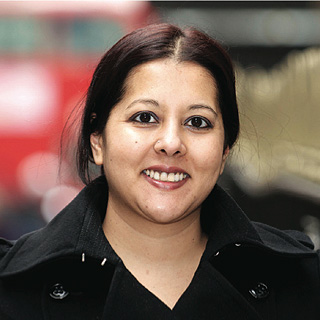 THE DAY AFTER TOMORROW…

Jannah Patchay at Markets Evolution looks ahead at what the implementation of MiFID II will mean and whether the industry should gear up for MiFID III?

In blockbuster terms, this is the big one. As of January 3, MiFID II has landed. It hasn’t been entirely clear what would happen. Some harbingers of doom were forecasting a veritable extinction-level event for brokers and independent research. Others predicted a cataclysmic rift in market liquidity as the derivative trading obligation comes into force (an outcome now at least somewhat less likely, given the recent agreement of an equivalence determination between European and US trading venues).

Images have been conjured of markets frozen by uncertainty and gripped by a paralytic terror of new transparency rules. By the time you read this, the third of January will have come and gone, and whatever happened will have happened, and either modern civilisation will stutter on, or we shall all be wandering a post-apocalyptic market structure.

And so, time to look to the future… What next for European regulators, following their magnum opus of financial markets regulation? Rumours abound that work has already begun on MiFID III (ESMA Strikes Back?) – but what does this mean? The most likely scenario is that, rather than another monolithic piece of legislation, the concept of MiFID III involves a combination of additional regulatory guidance, Q&As and thematic reviews focusing on key areas.

Questions of scope would be near the top of the regulators’ agenda: primarily instrument activity and jurisdictional. The introduction of the “traded on a trading venue” (TOTV) concept was meant to help identify those instruments that should qualify for inclusion in certain MiFID II obligations such as pre- and post-trade transparency and transaction reporting. Similarly, the introduction of standard instrument identifiers, ISINs, for derivatives was meant to enable the identification of (in theory) comparable and potentially fungible derivatives contracts, and to make it easier to build lists of TOTV instruments.

Unfortunately, although not unforeseeably (at least to anyone with some practical experience of derivatives markets), their implementation has been fraught with issues. The regulators’ ideas of which attributes constitute the salient features of a derivatives contract are far from aligned with those of industry practitioners. Furthermore, it has proven operationally and technologically challenging to gather data for, and produce and make available up-to-date lists of these instruments, in a timely manner, to enable market participants to meet the time-critical reporting obligations associated with them. It is likely that this will be a key area for resolution, being so fundamental to the whole enterprise.

It has been said that, whilst in the US, the CFTC’s implementation of the Dodd-Frank Act attempted to impose an exchange-traded futures market structure on OTC derivatives, MiFID II represents an attempt to impose an equities market structure on them. This becomes more and more apparent in the edge cases – the activities and services undertaken in OTC derivatives markets that are specific to those markets and have no parallels in the world of exchange trading. Prime brokerage and the practice of credit intermediation were also sorely overlooked by the CFTC as they rolled out Dodd-Frank, and this has taken years to remediate. Those hoping that lessons would have been learned this time around have been disappointed.

The early adoption, by many banks, of the Systematic Internaliser (SI) regime for non-equity instruments, has been unexpected: a response to demands from their buyside clients, for whom trading with an SI removes the requirement for them to undertake post-trade reporting in near real-time.

For derivatives, the SI regime is sketchily defined and further guidance has been scant. The regime is intended to bring OTC trading with market makers in line with that on trading venues, by imposing quote and trade publication requirements on those firms deemed to trade on an “organised, frequent and systematic basis”, as measured against total European trading activity. A lack of sufficient trade data from EU trading venues and market participants had led to a temporary reprieve from the SI regime being granted, until September 2018.

Given the high profile of the SI regime, and the lengths to which the regulators have already gone, in their guidance, to close potential loopholes, the early adopters will no doubt be closely observed, and findings may quickly be incorporated into a review of the rules prior to September.

A great deal of the new rules are focused on investor protection, and these have been defined in the directive, which is locally implemented by each EU member state (and hence subject to some variations). Any early indications of massively inconsistent client experiences, or a perception that some offer a more laissez-faire approach to dealing with clients, will be quickly seized upon.

It is worth bearing in mind that, after all, the intention of MiFID I was to harmonise European markets and client experiences, and MiFID II retains those objectives alongside the newer G20 commitments. Areas to watch include disclosures of costs and charges, and other information provided to clients with respect to executed trades and execution quality.

Interpretation and application of the rules has also been made murky by the sheer complexity of global financial firms. Not only banks, but also many of their buyside clients, operate via several legal entities in multiple jurisdictions, and it is not trivial to analyse their trading relationships and roles against the regulatory text or its intent. This has been made more difficult by the lack of guidance on the extraterritorial and cross-border reach and applicability of the rules.

The regulators’ silence in this respect may perhaps largely be attributed to the current political climate and sensitivities around Brexit, and the potential outcomes of negotiations between the UK and the EU around access to the single market. Will there be more inclination towards extending the EU’s jurisdictional reach, and hence widening the jurisdictional scope? Will rules on the provision of cross-border services be more or less stringently adopted? This will no doubt be a key area of focus in the coming months, taking direction and shape as the negotiations evolve.