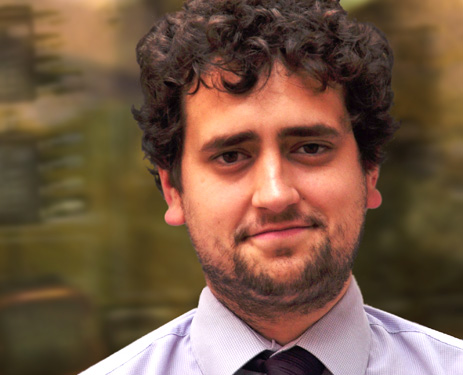 Daniel Simpson, research analyst at JWG Group explains the far reaching impact regulation in Europe as well as other regions will have on the HFT community.

Ever since the 2010 ‘flash crash’ in the US and the subsequent publication of Michael Lewis’ Flash Boys, high frequency trading (HFT) has been high on the regulatory agenda. What HFT is and how it can be made ‘safe’ continue to be hot subjects of global regulatory debate, and ever increasing pages of legislation. However, despite HFT being a globalised practice by its very nature, it seems regulators are opting for many differing tools to control it.

The piece of regulation that is set to have the most holistic impact on HFT is MiFID II which is now less than 18 months away, and the closer we get to the 3 January 2017 deadline the clearer the scale of the impact becomes.

MiFID II will radically reshape the European market, making seismic changes to market infrastructure, mandated systems and controls and the way in which algorithms can be used to trade. It will also impact how clients are on-boarded, the rules governing execution and a plethora of other equally fundamental market concepts.

In keeping with global regulatory trends, MiFID II addresses algorithmic trading, and more specifically HFT, head on, so much so that it starts by reshaping the definition. Algorithmic trading has been defined fairly broadly and will include any trade in which a computer algorithm automatically determines individual parameters of an order, for instance, timing, price or quantity with no, or limited, human intervention. HFT is defined as a subset of this, whether a trading activity is classified as HFT ultimately comes down to the speed at which it is done.

Leaving aside the issues of what rules apply when a machine sits outside the European Union (EU), this means that the scope of activity to which these new rules apply is potentially huge. If you have a spreadsheet summing a few columns, checking a reference table and doing a VBA lookup on a server, you might well now have multiple algorithms to consider and control as one system, with one set of data licences and operational risk controls.

Under article 17 of MiFID II, investment firms engaged in algorithmic trading will be subject to rigorous testing requirements, the cornerstone of which is mandatory use of testing in a non-live environment. This also includes ongoing testing of systems, procedures and controls, targeted at ensuring that algos will not destabilise the market.

The depth of testing that will be enforced in practice remains unclear, but the extent that such requirements, particularly rules around cautious roll-out and non-live initial testing, have the potential to constrict the adaptability that makes such trading practices so effective is a key question. Also crucial to this debate will be how significant a change to an algorithm is. If a ‘self-learning’ algo decides to upgrade its behaviours, is that meant to trigger a comprehensive set of testing procedures?

National competent authorities will be empowered, under MiFID II, to request regular ad-hoc descriptions of firms’ algo strategies for monitoring purposes. The European Securities and Markets Authority (ESMA) have made it clear that, in order for a firm to comply with this requirement, they must keep records of any material changes made to their proprietary software. This will allow them to accurately determine when and who made the change as well as who approved it and the nature of that alteration.

Clearly this will create a large amount of new papering requirements for firms. The more critical question, however, is how will they disclose such commercially sensitive information?

To add further complication in the context of the operational changes that firms will be required to make in order to comply with MiFID II, ESMA last month announced a three month delay in the publication of the Regulatory Technical Standards. Instead of being published in July, the RTS will now be published in September. This creates a real issue for the many firms that were taking the view that their implementation teams need more certainty in order to operate, and were therefore delaying until July to seriously kick-off their programmes.

The problem is that leaving it until July was cutting it fine as it was, but by September there will be only 15 months until the new regime goes live, and that simply will not be enough time to complete all of the necessary changes. Firms must begin to run now with the level of certainty that they have.

However, there remain a number of key differences; for one, the aforementioned testing requirements are largely not included in the German framework. Rules which govern direct market access/sponsored access (DMA/SA) providers are another point of divergence as the required due diligence under MiFID II is much more aggressive for example.

Additionally, France has reworked its framework for the regulation of HFT with amendments to its Law on the Separation and Regulation of Banking Activities. Pursuant to this law, those using HFT systems to send orders to trading venues in France have to notify the country’s regulator, the AMF. The new rules also comprise increased record keeping requirements in that records have to be kept for five years on each algorithm, including its features and the transactions and orders issued by it. Beyond this though the French rules are not nearly as far reaching as the EU laws.

In general, there are substantial variations in the ways in which regulators are attempting to control HFT practices. This is not just in the common market of the EU alone, but also between the US-based Commodity Futures Trading Commission (CFTC), the Canadian policymakers, and the Japan Financial Services Agency as well as others. A collective view across all of these jurisdictions is necessary to understand fully the implications of the high frequency regulating that we are seeing regarding HFT.