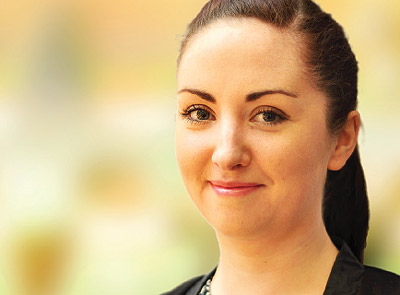 Aoife Quinn, research analyst at JWG Group looks at what will happen to the onslaught of EU regulation already in the pipeline.

With the turmoil of the EU referendum and the Brexit result representing a hazy memory from the beginning of summertime, we are now almost three months on; holidays have been taken, children are back at school, the evenings are beginning to get shorter and yet, we still have no answers.

With a new Prime Minister, a new cabinet and a new European Commissioner for Financial Services, there has been an abundance of fast, sharp institutional changes of national and European governance, however, article 50 has still not been triggered leaving the public in limbo as UK officials attempt to maintain business as usual until official notice of the intention to withdraw from the Union is given and formal negotiations can commence.

So what is the status of EU financial regulatory measures within the UK? How are compliance teams managing looming regulatory change deadlines that may be nullified once the UK’s exit from the European Union is finalised and what might a post-Brexit regulatory landscape look like for the UK’s financial services industry?

What will happen to law already in place?

Once the UK’s exit strategy is declared, the process of disentangling EU law from the domestic law of the UK will not be as simple as merely stripping the statute books of all references to the Union. The first step involves the compilation of a definitive list of direct EU law e.g., Regulations, that have no implementing measures, and EU law that has been transposed into the national law of the UK e.g., Directives.

The issue is that withdrawal from the Union will result in EU treaty rules, Regulations and decisions from the Court of Justice of the European Union ceasing to be directly applicable to the UK. Similarly, the implementing measures of EU Directives may also cease to apply should the European Communities Act 1972 be revoked during the withdrawal process, as this represents the formal legal basis for any measures enacted under it.

Therefore, the UK will need to enact a legislative freeze until all current EU measures can be reviewed and either reinstated nationally or rejected, otherwise there is a risk of institutional uncertainty that can lead to fluxes in the market and a loss of confidence among stakeholders. This may be potentially destructive for international firms that will be scrutinising the exit process and measuring any potential internal institutional changes against the agreement that is adopted.

What will happen to laws due to come into force within the exit window of up to two years?

There is more uncertainty over future regulations with the current financial services regulatory regime of the EU building towards some major deadlines, with MiFID II, Securities Financing Transactions Regulation (SFTR), packaged retail and insurance-based investment products (PRIIPs), etc, representing complex implementation targets with equally complex operational requirements. While proponents of Brexit have argued that the EU creates an excessive regulatory burden for firms, this burden will not be reduced in the interim prior to the official exit date.

In recent days, Brexit backer and member of the Parliament’s Treasury Committee, Jacob Rees-Mogg, has asserted that MiFID II must still be implemented in full by UK firms as there can be no deviations in EU obligations while the negotiation process is under way. This means that firms must continue to spend on compliance, despite the fact that such rules may be relaxed or even rejected once the UK leaves the EU. This could potentially lead to a compliance headache for firms and discontent in the market.

How will post-Brexit financial regulation work?

While there has been confusion across the industry about what direction the UK may take in relation to its regulation of the financial services industry post-Brexit, access rights granted on the basis of equivalent legislative measures has been heralded as a potential saving grace for firms. However, this is not without its own set of complexities.

Currently, the UK is widely regarded as an agenda setter at the EU table creating financial regulation, however, upon leaving the Union, the UK will likely lose its seat and, with that, its right to steer the conversation and promote innovative new legislative approaches, which could be particularly damaging to its current position in leading a global FinTech charge. This may lead to a fork in the road for UK regulators that can either subscribe to the whim of other Member States and their legislative agendas or, they can seek to compete on an international scale with a dynamic regulatory environment that appeals to different global actors.

In relation to equivalence, one of the most contentious and extensively-discussed issues of the Brexit process for financial services firms has been passporting rights and the possibility for retaining these rights once the UK officially exits the Union. While MiFID and AIFMD, for example, have some degree of equivalence provisions built into them, no such regulatory provisions exist under UCITS or Capital Adequacy requirements. With the UK representing the leading global centre for cross-border financial services, the preservation of this status will represent one of the biggest obstacles for the UK when it will operate outside the 27 member-state bloc.

Recent data released by the Treasury Committee on behalf of the FCA has shown that while 5,476 UK-regulated firms use passporting rights to trade in other EU Member States, 8,008 EU firms use the same rights to trade here, therefore, the UK will likely use this position as leverage during the negotiation process in the hopes of maintaining a degree of regulatory authority as the EU will also need to consider carefully its vested interests in the UK and the preservation of market harmony.

Of course, this represents mere conjecture and speculation. The reality is that the industry is still in the dark about the possibilities of what a post-Brexit landscape in financial services looks like, at least until article 50 is triggered and the negotiation process can commence. Despite this, we can be certain that large firms based in the UK will not be complacent in awaiting the commencement of such negotiations.

Restructuring will be happening, enquiries will be made about potential relocations and firms may begin to siphon certain operations to other jurisdictions. A robust and favourable agreement between the EU and the UK will be essential if London wishes to preserve its status as the European capital of financial services.