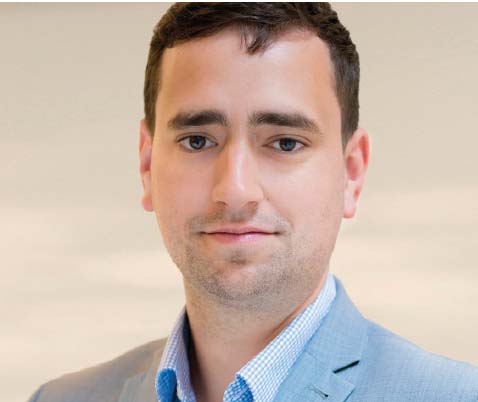 THE LONG AND WINDING FINISH LINE.

Although there have been numerous delays, Daniel Simpson, head of research at JWG Group explains why it is crucial to get the MiFID Implementation right the first time round.

A whole year has passed and the central message around MiFID II has not changed; we are a year from implementation and serious doubts remain about whether regulators, firms or market infrastructure will be ready for the fundamental change that is coming. This poses an obvious question, how, in a year in which we saw the full framework delayed by an entire year, does that remain the case? It also begs a question with, perhaps, more useful answers: what are the key challenges that still need to be overcome? Here we will try to address both points.

As we move to within weeks of the original implementation deadline, regulators and firms are moving closer towards mutual understanding and delivery. There are still many creases to be ironed out in the run up to January 2018, especially with regards to transaction reporting, product governance and algorithmic trading which are major pain points for many firms and areas in which it is generally felt that the rules, as they stand, could provide much greater clarity.

To understand why we are in this position despite a full one year delay to the implementation of the entire framework it is important to consider three factors.

The reason we had a delay in the first place was that the regulators, and in particular, ESMA, could not finalise the level 2 rules in time for the original deadline. Complex rules around liquidity classifications, systematic internaliser (SI) determinations and reference data for transaction reporting could not be finalised in the stipulated timeframes. In this light the extent to which preparations for the deadline could be furthered in the absence of the final rules was limited, and the extent to which the delay has provided additional time has also been limited.

Some, though it must be stressed not all, of the industry treated the delay as an opportunity to prioritise other implementation efforts, of which it is fair to say that there has been no shortage. Whether it has been for Market Abuse Directive (MAR) the deadline for which was July, Packaged retail and insurance-based investment products (PRIIPs), which has now also been delayed by a year as of last month, or one of the many other regulations being implemented in this window, many have reallocated MiFID II resource to these efforts. The result is some have not used the additional year to further their MiFID II efforts as far as others have.

There has been a lack of the industry wide standards efforts that are required to meet tough MiFID II requirements. Efforts have often been siloed to individual jurisdictions or asset classes, in some cases both, and some of the requirements that really need industry wide agreement and standards such as target market definitions, costs and charges disclosures or inducements definitions are lagging behind, despite the delay.

Regardless of all of this, there is now one year left until all of this needs to be in place, and numerous challenges remain.

For example, the guidelines on transaction reporting, order record keeping and clock synchronisation under MiFID II have recently been published by the European Securities and Markets Authority (ESMA). This document is largely scenario-based; however, these scenarios do not often match with firms’ own scenarios. The latest document is likewise scenario based and the hope is that this will provide greater clarity.

Another major issue is the no LEI (Legal Entity Identifier), no trade stance of the regulators. Although firms have been collecting LEIs for EMIR, there are still concerns that clients outside the EU may not feel obligated to obtain an LEI, with whom firms would be required to not trade under MiFID II.

There have been some positive steps as industry initiatives have been launched to provide a co-ordinated approach, continuing the theme of standardisation and co-operation that has permeated throughout the sector in response to regulation in the recent years. However, it remains an especially sore point, as it seems that the regulator will not budge: no LEI, no trade; so, it is important that the industry co-ordinates a solution to address this.

Transparency is a huge theme in MiFID II, whether it covers prices, process, of risk or product. This means that customers, competitors and regulators receive more information than ever regarding the nature of operations, products and services on offer from investment firms. While the impact on the marketplace remain unclear, the one thing that is certain is non-competitive products will be uncovered and firms need to be well placed to ensure that they are not on the wrong side of this.

One of the most fundamentally challenging aspects of MiFID II is the assessment of the client’s investment goals and risk tolerance. Alongside transparency, this is one of the cornerstones of the MiFID II framework because both inform the firm’s ability to create, market, sell and manage financial products and services. Subsequently, it will be key to the overall client experience in the new MiFID II world.

Taking into account the large expenditure that firms are likely to face on reworking internal processes, repapering clients and reconfiguring systems, getting MiFID II right the first time in the most efficient manner should be paramount. Otherwise even bigger budgets will be needed to tweak new policies, select suppliers and recalibrate new systems builds.

Ultimately firms should be looking to leverage this inevitable regulatory spend to not only successfully meet the requirements but also to enhance their service offering, gather more useful and accurate data and most crucially boost competitiveness.