THE TURNING OF THE (GREEN) TIDE? 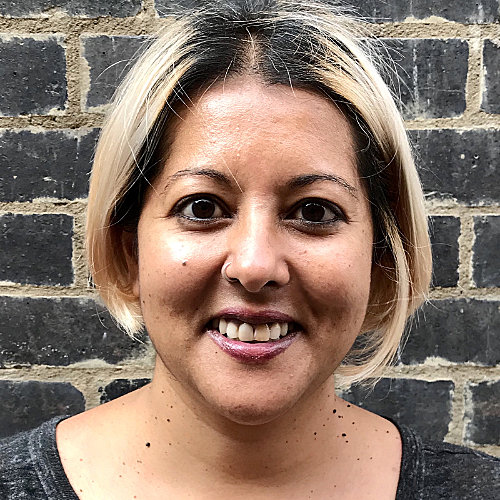 This year’s City Week event, held on the 21st and 22nd September 2020, was notable for its focus on climate change. So prominent was climate change on the agenda (on sessions including “Climate disclosure and reporting”, and “Greening the financial system and making green financial products mainstream”) that even where it wasn’t an overt topic of discussion, it still came up on discussions ranging from regulatory convergence, to the future of the UK’s financial services post-Brexit.

It is undoubtedly a topic that has been growing in public awareness for some time, spurred on by high-profile movements such as Extinction Rebellion and the efforts of Greta Thunberg and other activists. But to see it so visibly and openly discussed in a gathering of the great and the good in the UK’s financial services industry – including CEOs and Chairs of tier-1 banks and exchanges, and regulators – shows just how far it has come in being taken seriously, not only for the obvious ethical reasons, but crucially as a driver of risk and resilience in the financial sector.

There is a distinction to be made between climate finance and green finance. The former is focussed on the financing of projects, technologies and initiatives aimed at enabling net-zero targets, and adaptation and resilience in the face of now-inevitable climate change. The latter, on the other hand, has a far broader purpose and objective which goes far beyond token green bond issuances. It is about comprehensively “internalising the externalities” of climate impacts and risks associated with industrial and commercial activity, across all financial products and services.

There is also a differentiation between the motivations of different participants in the financial markets’ ecosystem. Regulators, financial institutions and investors all have their own drivers, and whilst they are converging on a common goal – understanding incorporating the true and full impact of climate change on financial assets, and enabling better risk management and capital allocation as a result – they are coming at it from slightly different perspectives.

For regulators, climate change is a source of risk, on a systemic level and to individual financial institutions. There are the obvious physical risks associated – large corporate borrowers with significant operations in regions that are heavily exposed to the consequences of climate change, such as increased flood risk or fires, are more likely to default. Less obvious are the transition risks associated with climate change. The value of investments in unreconstructed old-school polluting industries and “brown” projects such as oil and gas extraction, will decrease as these fuels are gradually regulated out of use.

If not managed appropriately and via an orderly transition and divestment from these activities, this will ultimately lead to what Mark Carney has described as a climate-driven “Minsky moment”, as the true exposure to and risks of climate change are realised, and asset prices suddenly and catastrophically collapse. From a central bank’s perspective, this would certainly go against their mandate to ensure financial stability, and from a supervisory perspective, there are clear market integrity and consumer protection concerns.

To this end, in April 2019, the Prudential Regulation Authority (PRA) published a Supervisory Statement aimed at banks, insurers and investment firms, on “Enhancing banks’ and insurers’ approaches to managing the financial risks from climate change”, setting out its expectations on how these firms should use stress testing and scenario analysis to model and understand the short- and long-term financial risks posed to them by climate change.

Together with the FCA, the PRA also launched the Climate Financial Risk Forum, whose remit is to share knowledge and develop best practices across the financial industry, enabling a more effective response from the sector to the financial risks arising from climate change.

There is also the small matter of liability risk – or, as the Bank of England succinctly puts it, “If future generations do suffer from severe climate change, who will they hold responsible?” If investors attribute their losses to a lack of adequate information or inadequate management of climate risks on the part of the management of a business, or if individuals and communities suffer from climate events for which they deem a company to be responsible, then they could make claims against those companies.

This leads us neatly on to the role played by investors. Investors create demand for the greening of finance, driven both by ethical motivations and the desire for long term growth and sustainable returns. Asset managers and pension funds are not only fuelled by the growing demands of their end-investors, including the general public, but also by a real concern over the medium to long term viability of their investments in companies that may not have sustainable or climate-adaptive business models.

And financial institutions? Their interest in the greening of finance is partly driven by regulatory demands (even where these have not yet fully crystallised, the end game is becoming fairly apparent), partly by investors and shareholders as well as a growing realisation that they too face their own transition risks. However, there is still a long way to go in the greening of the financial system. It also requires a market structure that fully recognises and takes into account climate impacts and risks when attributing value and allocating capital.

In order to internalise the externalities, climate impact needs to be built into the modelling and assessment of risk, and the pricing of financial instruments, just as any other inputs to risk and pricing are. This require data – and not just any data, but reliable, consistent, event-driven and preferably regulatory-standards compliant data that can serve as the inputs to risk and pricing engines.

We are still a long way off achieving this, by any stretch of the imagination. And yet as an industry, we’ve seen this before. The regulatory winds of change are blowing, and their direction is clear. Now is the time for the market to begin moving in that direction, coming up with the creative solutions to these challenges. Failure to do so will almost certainly result in something else we’ve all seen before – heavy handed regulation aimed at redressing market failures, at far greater cost of compliance and transformation to the industry.