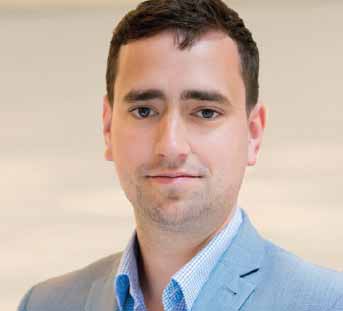 WHAT’S IN A NAME?

Daniel Simpson of JWG explains the important differences between reg and fintech and the challenges they face.

The terms fintech and regtech are both more and more frequently used in the financial services industry. However, they are not by any means used consistently, or indeed necessarily separately. What they most definitely describe is the increasing use of technology in the provision of financial services and the solving of regulatory problems, but beyond that it gets a little fuzzy.

Regtech has been defined as equivalent to, a subset of and separate to fintech. In fact, the two terms describe things which are similar, but different.

Ultimately regtech should be leveraged to reduce compliance costs for firms and at the same time allow policy makers to better achieve their policy goals. This is in the context of the financial services industry nearing a regulatory crisis point; detailed rules are being written in huge volumes, by regulatory bodies struggling to keep up with their mandates.

The result is requirements that are often not well contextualised and articulated and often unlikely to achieve the desired outcomes, at the same time coming with enormous effort and cost.

Regtech has the potential to be the innovative platform which solves for this developing crisis, but for this to be successful it could well require revolutionising the way regulation is developed and implemented. The approach to regulatory policy development since the crisis has been tantamount to write as many rules as possible, throw them at the financial services industry and see what sticks, then go back and change the ones that didn’t and try again.

A lot doesn’t work, and equally international standardisation has been something to pay lip service to, but is not something that has made it very far. Nearly 60,000 regulatory documents have been published by regulatory bodies in the G20 since 2009. They contain rules that are complex, overlapping, inconsistent and, in some cases, contradictory.

And then you come to how they are implemented; piecemeal with no realistic attempt to look for interdependencies and subsequent efficiencies. This story rarely ends well, and it is not getting any easier.

The complexity of the overlay and interaction of the many regulatory initiatives makes it increasingly difficult to see the bigger picture and adopt common industry solutions. As it is nearly impossible for one individual to be an expert in all operational disciplines, few have a coherent view of the global banking infrastructure and, as a result, when faced with a series of changes, the markets are starved of deep expertise needed.

What this means is that implementing a piece of regulation in a considered manner is a virtual impossibility. This huge strain demands new and dynamic approaches. Old strategies of both regulator and regulated taking a project by project sticking plaster approach are increasingly prone to failure. In this light regtech stimulated by the regulator has a real opportunity to provide a path to safety.

The regtech definition in the UK Chief Scientific Advisor’s 2015 report is “Technology that encompasses any technological innovation that can be applied to, or used in, regulation, typically to improve efficiency and transparency”. In this context regtech provides the means for overburdened firms to provide regulators with the data they require in a more efficient manner.

What makes this harder however is the challenge of encouraging innovation for a solution that, if executed poorly, could land senior managers in jail, under the new FCA Senior Managers Regime in the UK. Given the challenges with specifying the requirements, good regtech is only possible if it is addressed thematically, with the necessary time to do so correctly.

Of course, implementing regulation with time and on a thematic basis will not be the experience of many compliance teams. It is clear that the reasons for this are twofold, the number of regulations of the nature of them means that firms don’t have this time and the way in which firms approach compliance is not conducive to innovation.

Getting this right not only means making strategic investments in the technology and but also in the understanding of the detailed regulatory requirements. Will the regulators provide ‘sign off’ for innovative regtech solutions? Almost certainly not. Will one firm invest in a solution way ahead of its competitors? Rarely. Therefore, to have good regtech one needs good collaboration and robust, scalable solutions that can overcome the challenge of constantly changing requirements, high volumes and the need for high quality.

However far off this may seem, it is clear that it is a preferable path forward for all sides of the regulatory problems by comparison with the situation as things stand. It is also obvious that in order for regtech to be the solution to all of the problems discussed here, it needs to be defined and cultivated as something which is similar but altogether different to fintech.