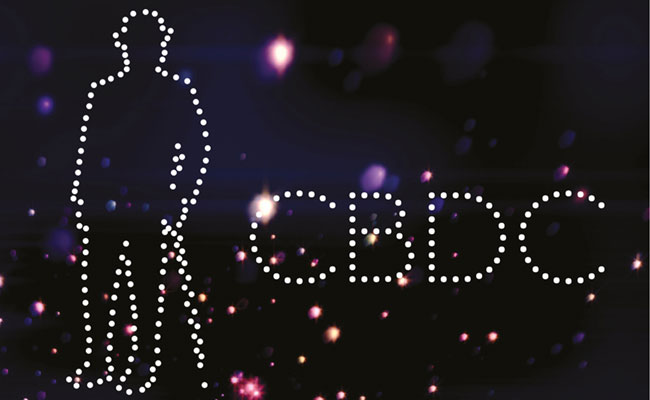 Two sides of a coin

Jannah Patchay, director and founder of Markets Evolution, gives her views on the state of play of central bank digital currencies.

If LinkedIn feeds are anything to go by, central bank digital currencies (CBDCs) are one of 2021’s hottest topics, right up there with sustainable finance and environmental, social and governance (ESG), and the burning questions around a return to ‘normality’ in a world that is most decidedly not yet post-pandemic.

Given that it is highly unlikely that we will be able to satisfactorily address either of the two latter questions in the near term, let us therefore take a closer look on the status of CBDCs. Why do we need them, or are they just hype? What is Britcoin, and is the Bank of England really going to create its own cryptocurrency? And what does all this mean for participants in the wholesale financial markets, anyway?

In the last two weeks of May 2021 alone, we have seen announcements from several banks across the globe. This included the Bank of Korea, requesting bids from prospective technology service providers for its CBDC simulation experiments; and the Banco Central do Brasil, releasing general guidelines for a Brazilian CBDC. Meanwhile, US Federal Reserve governor Lael Brainard has expressed an intention to further explore a digital Dollar; and the Central Bank of Bahrain, is looking at collaborating with JP Morgan and Bank ABC in a pilot scheme introducing an instantaneous cross-border digital currency-based payment system.

In addition, the world’s first fully deployed CBDC, the Sand Dollar, was officially adopted at scale in October 2020. China’s Digital Currency Electronic Payment (DCEP) system is in advanced trials with live users, and jurisdictions including Canada, Sweden, Singapore, and Thailand amongst others are, or have been, in various stages of pilots and experiments.

The UK’s Chancellor of the Exchequer, Rishi Sunak, caused great excitement, confusion, and consternation when he announced, on 19th April 2021 at the Innovate Finance Global Summit, the establishment of a joint UK Treasury-Bank of England taskforce to “co-ordinate exploratory work on a potential central bank digital currency”. Coming hot on the heels of a stratospheric, Elon Musk-fuelled rise in the value of Bitcoin, the hastily christened Britcoin drew many unfortunate comparisons with the cryptocurrency.

CBDC vs cryptocurrencies
However, why do we need a CBDC? After all, isn’t the money that we use today, digital in nature? The answer is yes, but the payments infrastructure in use today are, in most jurisdictions, legacy systems that have been built over time and evolved organically, hampered by the constraints of their technology and of legacy banking processes.

CBDCs are digital-native fiat currencies, meaning that they are equivalent in value to existing forms of currency issued or backed by central banks, such as cash and commercial bank money, but implemented using the technology available today.

It is important to note that cryptocurrencies such as Bitcoin and Ether are not the same as digital fiat currencies. In fact, the two don’t even occupy the same spectrum of digital money formats. They are often conflated given their mutual association with distributed ledger technology (DLT) – which, although useful for CBDC implementations, is by no means a mandatory component.

Further along that spectrum, we have central bank-backed digital currencies and payment systems. Cambodia’s Bakong is a retail digital currency system representing digitised, or ‘tokenised’, commercial bank deposits of either Cambodian riel or US dollars. If the private issuers of these forms of tokenised commercial bank money can hold the underlying currency in central bank-backed accounts, then it becomes ‘synthetic’ CBDC.

Synthetic CBDCs can provide a useful medium-to-long term bridge between the private sector and central banks, delivering many of the benefits of CBDCs with a faster time to market and less dependency on public funding. Finally, if the central bank itself issues digital-native fiat currency, we have a true CBDC, which itself can be implemented in several ways and, importantly, does not necessarily involve the disintermediation of existing payments and banking intermediaries.

It is also important to distinguish between wholesale and retail CBDCs. The former provides a potential alternative to the current wholesale payment infrastructures and enables the delivery of what are considered to be typically wholesale use cases and benefits.

A wholesale CBDC can enable faster, cheaper cross-border payments, for example, eliminating the latencies introduced by multiple disparate payment systems and the layers of intermediation required via a network of correspondent banks and other payment service providers. It can also enable faster, even instantaneous, settlement times for both payment vs payment (i.e. FX) and delivery vs payment (i.e. securities) transactions, reducing settlement costs and risks.

The CBDC future
Taking this a step further, the introduction of a wholesale CBDC will also further galvanise the nascent digital asset markets, and particularly the development of digital, tokenised securities and other traditional financial instruments. Retail CBDCs, on the other hand, provide a new set of payment rails for consumers, businesses and other end users.

In order to take advantage of these benefits, investment will be required on the part of financial institutions, in adapting and upgrading their existing infrastructure and operating models to support instantaneous DvP and PvP as well as to the new payments infrastructure underpinning any wholesale CBDC. It will involve a lot of work for all concerned, which is no doubt why the Bank of England, like other central banks, is carefully considering the available options and engaging with industry and other stakeholders to determine the best course of action.

In the meantime, the private sector will continue to the fill the CBDC gap, with a slew of private stablecoins and stablecoin-based payment systems. Any doubt around the need for a wholesale CBDC may be easily dispelled by a glance at the range of bank-backed initiatives in various stages of development.

JPM Coin, a permissioned, shared ledger system that provides a payment rail and deposit account ledger and enables JPM clients to make instantaneous US dollar payments to participants on the network, was introduced back in 2019. It has now been superseded by Onyx, JPM’s collaboration with the Monetary Authority of Singapore to develop a prototype for enabling payments in different currencies on the same DLT network. Fnality, a DLT-based payments system enabling settlement in five currencies and backed by 15 banks, is pressing ahead with its plans for GBP support – a goal now given further impetus by the Bank of England’s recent introduction of its Omnibus Accounts.

On the retail side, of course we have the imminent launch of Diem. With a global reach of around 3 billion users, and the potential to shift payments at scale onto a private network, Facebook’s digital currency and payments system may well prove the case for CBDC in a way that no amount of theorising and hypothesising can equal.