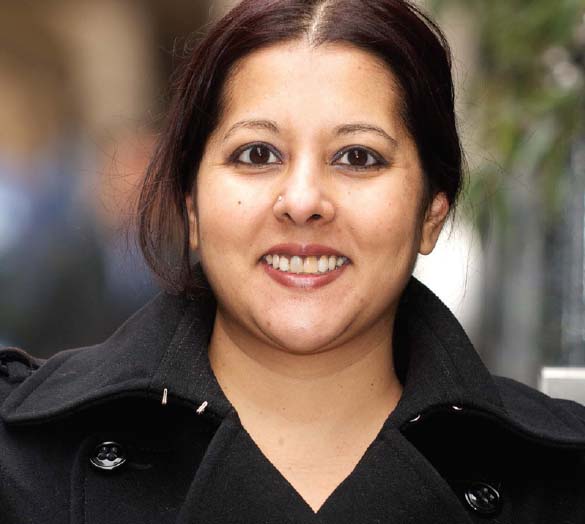 Applying blockchain technology to derivatives will have its challenges, but Jannah Patchay, Director, Agora Global Consultants argues that those who do not see the possibilities will be left behind.

Blockchain technology has, in certain circles, been touted as a death-knell for financial intermediaries, a disruptive power with the capability to completely transform financial markets infrastructure. And there is no doubt that it is an interesting and innovative technology with myriad potential uses. For those coming in from the cold, blockchain technology is not synonymous with Bitcoin, although the latter is dependent on the existence of the former, and is its most famous application.

The blockchain, in a nutshell, is a secure, decentralised, distributed digital ledger technology that provides all parties having access to it with a single view. Key characteristics include the immutability of entries (creating a permanent record and audit trail for every update made to the ledger), and the near-real time availability of data to all permissioned parties. So in essence, every entry is immediately accessible to all parties. Cue instantaneous payments, rapidly decreased settlement times for securities transactions, elimination of the need for time-consuming confirmations processes, and all the associated cost reductions from improved operational efficiencies and fewer reconciliations processes.

The benefits to retail banking and the equity markets, if done right, have been widely discussed in forums, blogs and white papers: lower transaction costs and speedier and more efficient settlement. Rather than tread this familiar ground once more, let us turn to the derivatives market, an area that is facing a deluge of almost biblical proportions from the vast torrent of new regulation directed at it following the global financial crisis.

Transparency, certainty of outcomes and reduction of systemic risk have been key drivers in the development of the new global regulatory regime for derivatives markets. The last crisis was arguably exacerbated to a massive extent by the uncertainty of banks in their understanding of their exposure to other banks, and the complexity of unravelling trading books and positions to understand, at the end of the day, who owed what to whom.

The Dodd-Frank Act introduced the concept of ‘confirmation at the point of execution’ on Swap Execution Facilities (SEFs), anticipating a world in which all transactions would be cleared and all trading participants would agree to execute with each other on the venue and immediately face off to a central counterparty (CCP). Sadly, for the idealistic rule-makers, in this earthly realm not all derivatives contracts are centrally cleared, and there remain significant questions around the feasibility of clearing some rather large classes of instrument, such as FX forwards and options.

As a result, regulators have imposed complex and prohibitive margin requirements for uncleared derivatives. Can blockchain technology save the day in this instance? The answer is rather complex. On one hand, the purpose of central clearing regimes is to reduce counterparty risk, in practice by the CCP taking on all counterparty risk exposure itself (perhaps not such a great idea given their commercial nature and imperatives, but that’s one for another day). Blockchain technology in this context does little to help, as by its nature it is a disintermediator, allowing counterparties to face off directly to each other.

On the other hand, if the goal of CCPs is to provide some certainty for parties in the case of a counterparty default scenario, a single distributed ledger provides a single consistent view to all counterparties and arguably provides them with sufficient transparency to anticipate what the outcome would be in a default scenario.

Can derivatives markets too, benefit from improved operational efficiency and cost reduction? Several banks are testing the concept of the ‘smart contract’ – a system in which blockchain technology is overlaid with an automated logic layer. Smart derivatives contracts would benefit both from being available to counterparties via the blockchain infrastructure but also from the ability to automatically trigger execution of certain contract terms as certain conditions are met.

An example might be an options contract that is automatically exercised when the target date or price is reached, or in response to specific market events. As soon as the triggering event occurs, the resulting transaction is executed and the blockchain ledger is updated. Simple, elegant and predictable in its outcome.

Regulators are not blind to the potential opportunities afforded by blockchain technology, particularly in the areas of market surveillance and monitoring of systemic risk. In a recent speech addressing the role of blockchain technology in the regulatory arsenal, Commissioner J. Christopher Giancarlo of the CFTC expressed his belief that access to the real-time ledgers of trading participants in 2007-2008 might have given regulators the ability to recognise anomalies in market-wide trading activity and counterparty exposures and to have better managed and mitigated the impact of the crisis.

Significantly, regulators around the world have recognised not only the potential that blockchain technology has to transform financial markets, but also the need for financial markets regulation to be agile and responsive to these innovations. This growing awareness is epitomised by the recent emphasis on collaborating with innovators and understanding new technologies, through initiatives such as the UK Financial Conduct Authority’s Project Innovate.

Blockchain technology does face significant barriers to entry in the derivatives space: complacency of market participants, attention focussed on coping with the influx of new regulation rather than looking for opportunities to innovate, the high cost of replacing existing infrastructure and migrating to new systems. On the other hand, if (or when) concepts such as smart contracts start to really take off, those following behind will find it difficult to maintain ground as the vanguard is able to offer more competitive pricing and improved services to clients.