Maria Lozovik, Co-Founder and Portfolio Manager at Marsham Investment Management talks to Shanny Basar about climate change establishing itself as the next super cycle, problems with ESG data, not buying green bonds and using artificial intelligence.

Lozovik said: “We were ranked number one for broad fixed income funds globally by Camradata. It definitely means that the strategy and the tools that we are using are adding to returns.”

At the end of December 2021 Marsham had the only climate-focused fixed income fund according to Lozovik. However approximately 10 new funds were launched in the first quarter of this year but Lozovik argues they will need a track record before they become more visible.

Marsham is trying to become a recognisable name in the asset management industry. The firm has around $500m in assets under management and is aiming to expand into other strategies.

Fixed income markets have been volatile as inflation has been increasing, central banks have been raising interest rates and geopolitical tensions have heightened since Russia’s invasion of Ukraine.

“Our existing strategies have been performing quite well in the market volatility and we have not taken any losses since the beginning of this year,” Lozovik added. “This is due to our fundamental analysis and the fact that we have been positioning towards higher inflation since September last year.”

During the pandemic the firm reacted very quickly to the first lockdown in China in February 2020 and de-risked completely according to Lozovik. When the sell-off came in March 2020 Marsham was substantially in cash and took the opportunity to buy. The asset manager currently has slightly more cash balances than normal and is positioning on short-term maturity and high-quality names that benefit from inflation.

Strategy
At Bank of America Merrill Lynch Lozovik dealt with a number of financial products starting with structured debt, which was very popular before the global financial crisis, and then equities and commented that it is interesting that she now runs fixed income portfolios.

“When working as wealth advisors, we identified a disparity between clients wanting a managed portfolio but also wanting to have a say on the selection, “she added.

Marsham was launched to start filling this gap by approaching clients with an open mind. The firm took client feedback on board with regards to products and exposures they preferred and over time this aligned into portfolio strategies. Lozovik described the overarching principle of the firm as having a fundamental view on the industry, the company, and market positioning which is driven by the macro trends.

Lozovik continued that climate change has established itself as the next supercycle and Marsham feels it is a huge driving force for markets because when you have a long-term view of positions there is no way to avoid it. She said: “You have to focus on companies that will have a future in five years’ time and the only way to do that is if they embrace climate change and are leaders in the transition.”

She believes the ‘E’ in ESG is a huge investment opportunity while ‘S’ and ‘G’  are risks that need to be assessed. For example, Marsham will not invest in a company with  poor governance or issuers that are poor in terms of human rights as they are likely to face legal claims.

The strategy that Lozovik manages in fixed income focuses on the companies that are progressing change in their respective sectors, are usually quite big with scale, resources and capital to buy smaller startups and VCs and bring innovation into the sector. She continued that Marsham has slightly more concentrated portfolios than the average, of between 30 to 40 names, which still allows for sufficient diversification. The asset manager buys undervalued companies and sells when they rally so there is quite a big turnover of the portfolios.

Analysis
Marsham’s analysis looks at both the macro and company level. The first thing Marsham does is a high-level analysis of where the industry is headed, where the company fits within the industry and whether it is growing market share.

“ESG is at the core of the investment analysis  – we  look at a lot of ESG metrics such as what energy sources the company is using, how its industrial processes are adapting to climate change,  whether it is investing in climate-related R&D, as well as other qualitative criteria,” added Lozovik.

However, she highlights that a problem with climate change is that very little is currently quantifiable as many firms have aspirations and targets, rather than reporting tangible results.

“We are trying to identify the companies that are doing the right things today and are serious about climate change on both the strategy and execution level, rather than just trying to tick the box that they are green,” she said.

For example, oil and gas companies have been criticised for not spending enough on renewables and new technologies. Lozovik argues this is because there are not enough opportunities to deploy the billions of dollars that these firms generate so they pay huge dividends. Marsham’s Transitional Issuers Fund sees opportunities in sectors including packaging, industrials, building materials and auto when linked to electric vehicles.

“There are sectors or companies that we would love to buy, but we know they will be negatively affected by inflation in energy costs,” added Lozovik. “On the other side, we see some opportunities in companies who are able to pass this cost onto their own clients.”

Marsham is flexible on credit ratings and can buy across high-yield or investment grade because the firm performs a very detailed fundamental analysis. The asset manager currently mostly buys developed market securities as it is very selective on emerging market exposure.

Lozovik also avoids green bonds because she likes to understand what the company is doing,  rather than just looking at the instrument. She argues that green bonds allow companies to have one good cause and issue very cheap debt to fund that cause, but they are not necessarily linked to what the rest of the firm is doing. She credits green bonds with attracting attention to climate change from fixed income investors but said it is very easy to run a filter of green bonds and then build a portfolio. In contrast, Marsham’s strategy is to really look into each name, run their model and do a very detailed analysis which is far more time-consuming.

“I also think that green bonds, or even investing in green companies, doesn’t really get us anywhere closer to net zero,” she said. “To reach net zero you need to change companies so they reduce their pollution.”

Data
Everybody in the team has at least 10 years’ experience and Marsham uses artificial intelligence to cover the work that juniors would normally do.

“AI really helps us collect and search for information and the analysis is done by the team,” said Lozovik. “We use ESG ratings platform Sevva.ai which covers all companies, including private firms.”

Lozovik highlighted the difference between credit and ESG ratings. Credit ratings provide a clear formula on how they are calculated and investors can see clear metrics and ratios, as well as the adjustments made by the rating agency. She added: “You could put the adjustments into Excel and come up with the same rating.”

In contrast, ESG ratings are less reliable because there are no unified reporting standards for corporates, which makes it impossible to have quantifiable metrics to assess. Therefore, the first building block is the development of ESG reporting standards for companies according to Lozovik. She is confident that progress will be made but until this is done an ESG rating is not very representative. In addition, while ESG ratings give a relative view in the peer group it is very difficult for investors to currently compare different ratings from different providers.

Career
Lozovik was always keen on mathematics, and then computing and then a little bit on psychology. She combined these things by studying Economics.

“Towards the end of university we had a talk from, I think it was PWC, about corporate finance and investment banking and I thought ‘this is amazing’,” she said. “The bankers are there for all the important events of different companies in different industries and have exposure to exciting projects.”

Her advice to women who want to work in finance is that, like in any job, you need to be passionate about what you do and be persistent. Lozovik added: “There will be ups and downs and there are long hours but if you love what you do you will put a lot of effort into it. If you set a target and you know it’s right, don’t give up. There will always be situations when you ask whether it is worth it but just stick with it, which is sometimes hard to do.”

Lozovik is unusual in being a female founder but said she is very lucky to personally never having a bad experience in that role. The majority of Marsham’s senior employees are women but Lozovik said this was never a conscious decision.

“We interview the best person for a job and all I care about is their professional qualities and experience, not their gender, age or anything else,” she added. “I have always had very transparent feedback on my work and that is what we have tried to do at Marsham as well.” 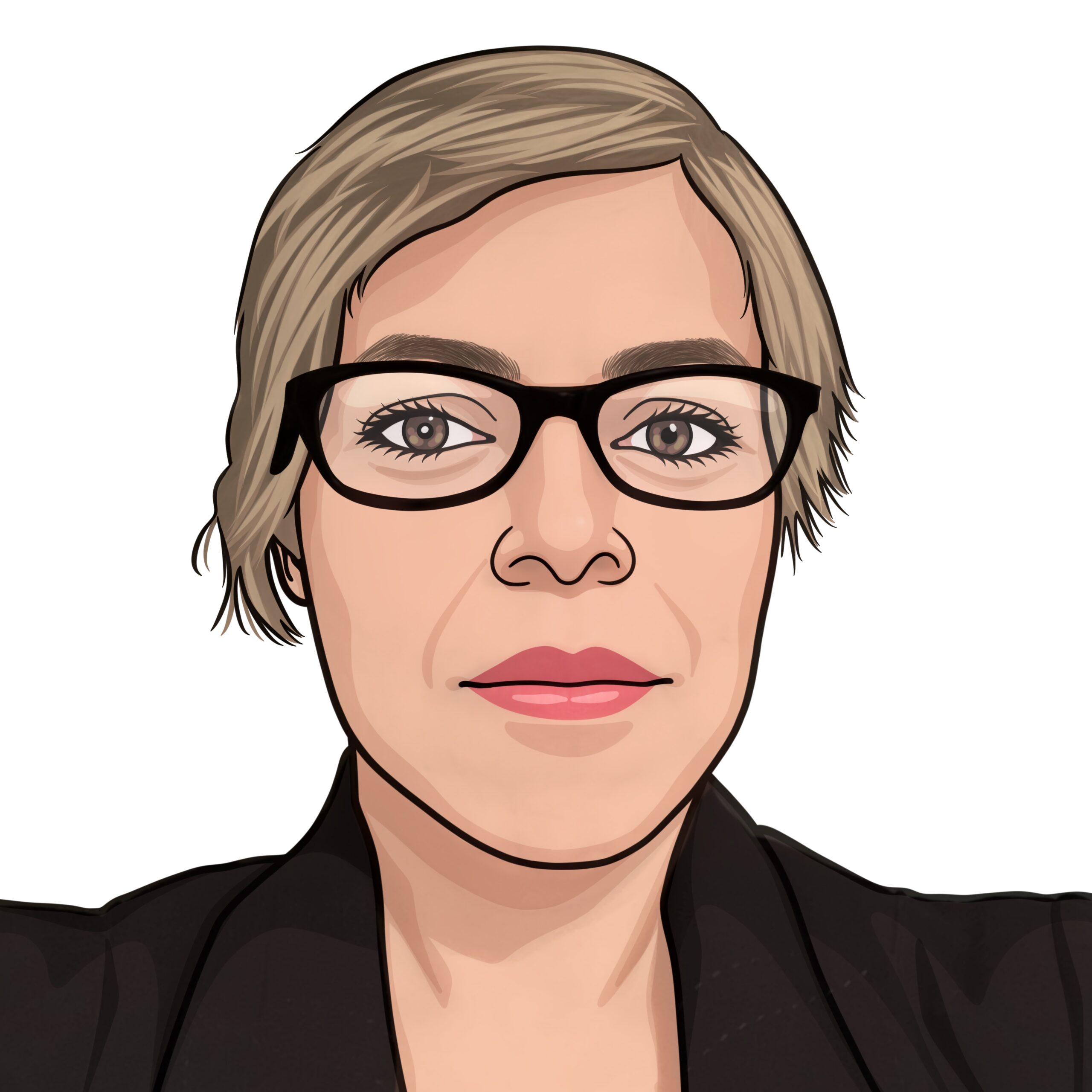 The European Women in Finance Shortlist

Markets Media Europe has now released the shortlist for the European Women in Finance...
Read more

Dealer Diversity in the Spotlight

By Tradeweb The financial services industry has made enormous progress toward recognizing the importance of...
Read more

The European Women in Finance Shortlist

Markets Media Europe has now released the shortlist for the European Women in Finance...
Read more

Dealer Diversity in the Spotlight

By Tradeweb The financial services industry has made enormous progress toward recognizing the importance of...
Read more

In 2020, Best Execution and The DESK hosted the first European Women in Finance...
Read more
EditorialWomen in FinanceSponsored featureEWiFSustainabilityESG-PeopleFeatured
Previous articleInstinet launches digital private investment platform
Next articleOn The DESK: What it takes to build a multi-asset trading team