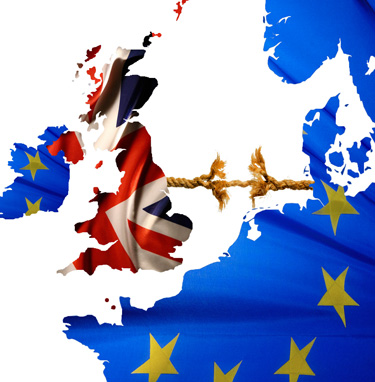 The long and winding road of Brexit

It didn’t take long for the historic 52% Brexit vote to reverberate around the country and the world. Within hours, David Cameron signalled his intention to step down and hand over the reins of power at the October Tory party conference while UK’s European Commissioner Lord Hill also handed in his notice. This is not even mentioning a revolt in the Labour party with a score or more of ministers resigning and a potential second referendum in Scotland as First Minister Nicola Sturgeon sought to have discussions with Brussels to “protect Scotland’s place in the EU”.

Not surprisingly, markets are more than jittery and the pound dropped to an historic low on the morning after the vote. It not only fell nearly twice as much as on Black Wednesday in 1992 but was also a large enough drop to rank as the second-largest one-day fall for any major currency over the past 40 years, according to analysis of daily Bloomberg data going back to 1971.

Financial volatility is likely to continue in the following weeks although the UK was not unprepared. The Chancellor of the Exchequer George Osborne has been co-ordinating with fellow finance ministers in Europe, the IMF, central banks and the US Treasury Secretary to ensure markets can handle the shock. As he put it, “Markets may not have been expecting the referendum result – but the Treasury, the Bank of England, and the Financial Conduct Authority have spent the last few months putting in place robust contingency plans for the immediate financial aftermath in the event of this result.”

Although it is difficult to predict the future, there are some certainties. The Tory party will hold a leadership election at its party conference and once the new prime minister is chosen, it will be up to him or her to activate Article 50 by notifying the European Council. Once this happens, the UK is cut out of EU decision-making at the highest level and there will be no way back unless by unanimous consent from all other member states.

Leaving the EU is not an automatic or easy process. It has to be negotiated with the remaining 27 members and ultimately approved by them by qualified majority. Although these talks are meant to be completed within a two-year timeframe, many believe it will take much longer. There are divisions within the bloc about how the UK should be treated and the European Parliament has a veto over any new agreement formalising the relationship between the UK and the EU

EU leaders are also particularly concerned about the prospect of “contagion”, with the UK’s decision already fueling demands from populist, anti-EU parties in France and the Netherlands for referendums of their own on EU membership.