Amsterdam has usurped London as Europe’s premier trading centre in January as the full force of Brexit took effect, according to data from CBOE Europe.

It showed that an average €9.2bn shares a day were traded on Euronext Amsterdam and the Dutch arms of CBOE Europe and Turquoise last month, reflecting, a more than fourfold increase from December. This contrasts with London which saw volumes plummet to €8.6bn.

The shift was due to the lack of equivalence by Brussels for the UK. This means that EU-based financial institutions trading in London do not have the same supervisory status as the 27 bloc. 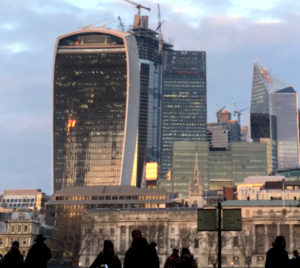 In response, London has lifted a prohibition on trading of Swiss stocks such as Nestle and Roche, which is currently banned on EU exchanges.

However, it  may not be enough to mitigate the damage to London’s economy according to a separate study from Centre for Economics and Business Research (CEBR).

It shows that London, which is at the heart of the UK’s service sector economy, could annually lose up to £9.5bn. This figure could be higher if the EU and UK cannot hammer out a deal over financial services which was not covered by the recent trade deal.

Josie Dent, managing economist at CEBR said, “Our research highlights the large impact that Brexit has had on the services sector in London. With financial services and associated professional services accounting for 15 per cent of London’s GDP, the success of this industry is key to facilitating economic growth in the capital”.

Since 1 January, the City has relied on a myriad of bilateral financial services deals with member states. The government is working on a Memorandum of Understanding on the issue between the UK and EU in which it hopes will smooth over several obstacles.

The memorandum would not have the same legal force as an international treaty and the City of London is unlikely to enjoy the same advantages it had in the pre-Brexit era.

The Square Mile’s banks and traders have prepared for the increase in red tape, leading to an estimated £1 trn in assets and thousands of jobs moving from London to EU financial capitals since the 2016 Brexit referendum.