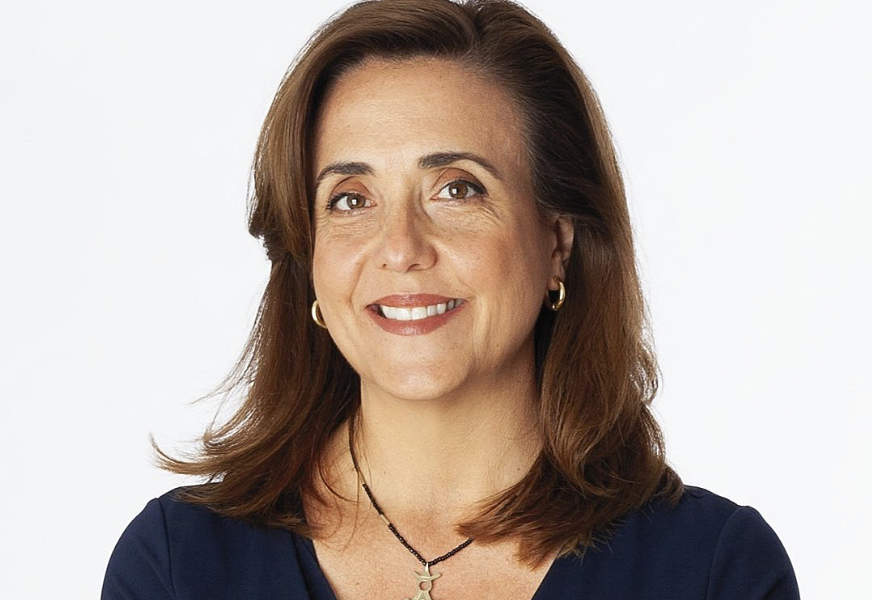 When Diana van Maasdijk, Chief Executive Officer of Equileap, launched the company in 2016 with Co-Founder Jo Andrews they were met with scepticism. Equileap provides granular data on gender equality in the workplace and in June this year was chosen as one of the initial seven data providers for the new Nasdaq ESG Hub.

Maasdijk said: “When I started nobody believed in Equileap and we were seen as a crazy idea for sure. Everybody thought there was no market, no product, no demand.”

The comment she would usually hear is that if Equileap was such a good idea, then somebody would have done it a long time ago – the reaction that she thinks a lot of founders have had to face. Five years later,

Maasdijk described it as very satisfying to see how much the company has grown with indexes based on its data and its partnership with Nasdaq.

“We are a specialised data company so the partnership with Nasdaq is fantastic because investors can find our data much more quickly,” added Maasdijk. “Nasdaq has a huge outreach so we are proud to have this partnership.”

Since the Covid-10 pandemic, investors have put more focus on the social in ESG. Maasdijk feels confident that 2021 will be the year where the ‘S’ gets the spotlight it deserves and Equileap has said that gender lens assets are expected to increase ten-fold by 2025, up to $30bn.

While advising the bank’s high net-worth individuals on how they could give their money philanthropically and invest responsibly, she came up with the idea that she could help clients set up portfolios that would line up with their mission and giving if they were aligned with women’s rights and gender equality. However, she found that the required data was missing.

“At the time data providers could provide the numbers of women on the board of companies, but that was not enough,” she explained. “I wanted to look into more aspects such as parental leave policies and the number of women at all levels of the company.”

The first thing that Equileap did was to create its proprietary Gender Equality Scorecard which has 19 criteria and provides a holistic way of looking at how a company is dealing with gender equality from the boardroom to the supply chain.

The firm has a team of researchers who collate data from company sources such as their websites, the annual report and the corporate social responsibility report. Equileap then contacts the company to ask them to validate the data that it has collected and asks if they have more information. The companies often do have more data which Equileap  encourages them to publish, as the firm was created with the belief that increasing transparency will make a difference.

“For example, 85% of the companies that we research don’t publish their pay gap but the fact that we are out there collecting the data is adding pressure and opening their eyes to start publishing more of this information,” said Maasdijk.

She continued there is a lot of transparency at board level but there needs to be more for middle management.

In March Equileap, published its fourth annual Gender Equality Global Report & Ranking which presents the top 100 companies with the highest global scores. The average score of the top 100 companies increased from 62% in the last report to 64% this year, but only 10 companies globally achieved gender balance at all levels.

The average gender equality score for companies in the financial sector was 35% according to the report.

“While not the highest scoring sector on average, some financial companies are leading the way, with 24 making it to the top 100,” added the study. “The top 5 companies in this sector are DNB (Norway), NAB and Medibank (Australia), Citigroup (U.S.) and CIBC (Canada).”

“I am surprised that half of companies still don’t have a sexual harassment policy,” she added. “We are seeing some improvement every year and average scores are going up, but I would like to see it happen quicker.”

Equileap’s index data services allow firms such as Solactive and Morningstar  to construct gender equality-themed indices and for issuers to launch passive funds based on gender equality.

An Equileap US index with Morningstar, Women’s Empowerment Index, is being tracked by the WOMN, YWCA Women’s Empowerment ETF.  The exchange-traded fund outperformed the Russell 1000 and performance has been “great” over three years according to Maasdijk.

In 2018 UBS launched a Global Gender Equality ETF with $12m. Maasdijk said: “The ETF now has more than $860m and we expect it to reach $1bn before the end of this year, which will be the first time that a gender fund has reached that amount.”

Equileap’s data has also been used to research the link between gender equality and performance. Maasdijk gave the example of a US asset manager who ranked all the companies in the Russell 1000 on gender equality between 2014 and 2020. She said the top one-fifth of the best performing companies for gender equality outperformed the bottom one-fifth by 3%.

In August this year Moningstar analysed the performance of companies in the UK, US and Canada with different board constructions: all-male management, between 1% and 49% female managers, an exact 50/50 split, and 50%+ female.

The research found that stocks with an exact 50% split in male and female execs and board members have had the best performance this year – returning an average of 36.62%, compared to between 19% and 24% for the other groups. This category also performed best over a three-year period, returning 7.52% versus an average 2.09%.

Morningstar said all-male management seems to be the most volatile, returning 52.66% last year but having an average loss of -2.06% over three-years.

“But, using the percentage of female executives and directors as a metric might not be the most representative way to display the relationship with performance, as there is a large disparity between the number of stocks in each category,” said Morningstar. “For example, there are 384 companies with 0 female executives or directors – that’s about 31% of all listed companies in the UK.”

Maasdijk is surprised that the link between gender equality and improved performance is not generally accepted and not yet in the mainstream.

“We still have to convince people, which is crazy, because what we are saying is that equal participation will provide the best employees so it just makes common sense,” she said.

Equileap covers about 4,000 companies and over the next five years Maasdijk would like to increase that number, go into emerging markets and research more small-cap companies, as Equileap currently covers only medium- and large-cap companies.

“I’d also like us to find a way to include other forms of ethnic diversity to give equal opportunities to every woman in the world,” she said. “Change is happening slowly so we have to figure out a way to make it quicker but I do think that we are on the right trajectory. We just have to not give up and continue working on it.”

Maasdijk believes that women will not go for something unless they are 100% sure that they have all the qualifications to fit the profile perfectly.

“I think that’s a very female trait which keeps a lot of women from just doing something that they could,” she said.

Her advice would be to “just go for it”, even though you might qualify with eight of the 10 things that someone is looking for in a job.

She added: “Men are very good about having self confidence which I think has to do with the way that they’re brought up.”

The majority of people who apply for jobs at Equileap are women and Maasdijk said the firm has to be conscious of trying to keep a mixed team.

“We do have a couple of men and as we continue to grow it will be easier for us to be more diverse,” she added. “There’s not many men who apply for the positions researching gender, which is too bad, because it’s really great to have a mixed team.”

Amundi hires trio for heads of sustainability, voting and advocacy

Amundi hires trio for heads of sustainability, voting and advocacy