AT THE LEADING EDGE. 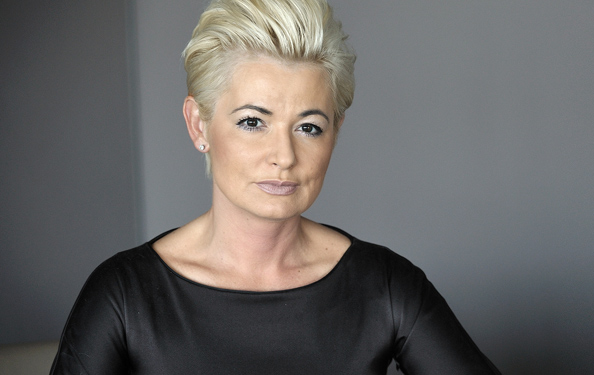 Poland can be proud of its achievements in the financial sector û a branch of the Polish economy which was built up almost from nothing in the 25 years of transformation. During this period, phenomenal progress has been made that enabled the Polish financial sector to achieve a significant position in comparison with other European and global markets and become an undisputed leader in certain innovative arrangements, notably in the area of retail payment systems.

Over the past 25 years everything has changed. Poland went from state ownership to private companies. From having no capital market, payment clearing systems, independent central bank or proper supervision, to having a modern financial market infrastructure.

The Polish financial market nowadays can be describe as innovative, compliant with internationally recognised standards and secure, and is also a safe location for investments.

Looking at the financial market and its infrastructure it is really important to notice how the KDPW Group built Central Europe’s leading clearing and settlement infrastructure. Thanks to services offered by KDPW (the Polish CSD) and KDPW_CCP (the clearing house) the quality and safety of the Polish financial market and its attractiveness to international investors have been greatly improved. KDPW Group offers the services of an authorised CCP, a registered Trade Repository, a Global Numbering Agency (ISIN, LEI) and is also preparing for CSD authorisation.

In 2011, KDPW separated its clearinghouse from its central securities depository to create a more robust distinction between its two lines of business. KDPW now has 65 participants, while KDPW_CCP has 38. In April 2014, KDPW_CCP became the third clearinghouse in the European Union to be authorised to clear OTC derivatives under the European Market Infrastructure Regulation. Our services are provided for the most dynamic economy in the region but we are interested in attracting more market participants, not only domestic but also foreign, to build economic scale.

Thanks to the right policies, regulations and supervisory standards, the Polish financial sector made it safely through the crisis, none of the banks defaulted and, importantly, the sector grew.

And the Polish economy? According to European Union forecasts, Poland ranks third in expected GDP growth in 2014-2019 among all EU member states. This is a result of the expected faster economic growth in Poland, as well as the economic growth of Germany, Poland’s main trade partner. The optimistic forecast is also driven by the anticipated increase of foreign investments.

The Polish Financial Supervision Authority (KNF) has authorised the clearinghouse KDPW_CCP on 8 April 2014, confirming that it fulfils all requirements for such institutions under the EU Regulation EMIR. KDPW_CCP is equipped with a state-of-the-art risk management system (based on the SPAN methodology for organised trading and Value at risk model for OTC clearing), a multi-tier clearing guarantee system (cash and derivatives market margins, clearing fund, own capital of the CCP). KDPW_CCP’s own capital is currently c. EUR 52m (PLN 228m). The EU authorisation allows KDPW_CCP to operate as CCP across the European Union including the addition of the OTC derivatives market to the authorised scope of the clearinghouse’s services. Along with the authorisation application, the clearing house has filed the list of OTC instruments to be cleared, which are derivatives cleared in PLN. KDPW_CCP clears trades in instruments denominated in PLN, including the following OTC trades: Forward Rate Agreements, Interest Rate Swaps, Overnight Index Swaps, Basis Swaps, REPO. KDPW_CCP is now expecting the authorisation of euro OTC derivatives.

KDPW_TR offers its services to all companies obligated to report, not only in Poland, but in the whole of Europe. The registration application covered the reporting of all types of contracts under the reporting obligation (commodities, credit, foreign exchange, equity, interest rates and others û irrespective of whether the contracts are traded on or off exchange).

Parties required to report contracts may report them directly to the trade repository in KDPW, for which they must be KDPW_TR participants (Ordinary Reporting Participant or General Reporting Participant), or fulfil the obligation through another reporting participant of KDPW_TR. According to EU regulations, the reporting obligation may be delegated to a central counterparty: on the Polish market, to KDPW_CCP.

KDPW_CCP does not charge any fees for intermediary services; consequently, reporting of derivatives contracts by KDPW_CCP on behalf of a clearing member or its clients does not involve any additional costs to clearing members other than fees charged by KDPW (for reporting a trade to the repository and for maintaining contract details in the repository).

Every entity that is required to report trade details, either directly or through an intermediary, must have an LEI number which identifies it as a counterparty. Only LOUs (pre-LOUs) are authorised to issue LEIs.

On 19 August 2013, the Central Securities Depository of Poland was assigned a prefix (2594) necessary to assign legal entity identifiers (LEIs). The Central Securities Depository of Poland has been awarded the pre-LOU status on 27 December 2013. The ROC’s decision confirms that as a numbering agency, KDPW conforms to the global standards of LEI assignment. Identifiers assigned by KDPW are universally accepted and recognised around the world.

As the Polish market has grown, it has begun to attract foreign investors, who currently account for half of all trading on the Warsaw Stock Exchange. They provide additional liquidity and capital, which in turn helps fuel IPOs. Not far behind foreign investors, come foreign members of its infrastructure institutions û first to the exchange, later to the CCP and CSD. This is a sign that the market is becoming more mature, that it meets the exacting standards of Western financial institutions and that it inspires confidence in the future. This is true for the Polish market as well. The increased interest of foreign investors and intermediaries is the result of efforts by the whole Polish market to promote the attractiveness of domestic companies, their growth perspectives, a diversified range of traded instruments and an efficient and well-developed post-trade infrastructure.

The KDPW Group has for many years been implementing a range of projects in response to the changing, more globalised nature of the markets. In April 2013 we introduced a service for foreign financial institutions to be able to open omnibus securities accounts directly at the level of the CSD in Poland.

Is there a better way for European retail brokers to achieve best execution? – Suminski & Wood

Is there a better way for European retail brokers to achieve best execution? – Suminski & Wood