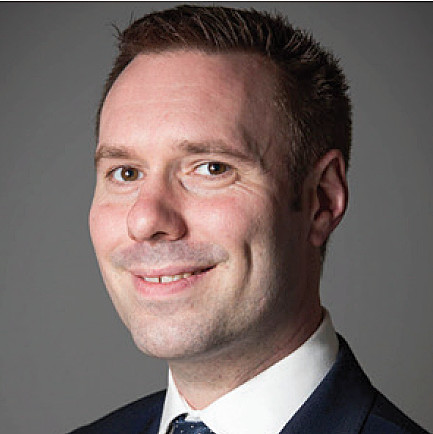 TAKE A WALK ON THE WILD SIDE.

The logic of tapping into a highly motivated and capable pool of talent can sometimes be frustrated by a firm’s internal culture or antiquated decision-making framework. Nathan Fuller recounts his own journey of enlightenment.

Until a few years ago I was, in hindsight, quite remarkably unaware of the inequality and resulting lack of diversity across the financial markets. This, despite a long recruitment career in the City briefing and filling assignments across Capital Markets. I could argue this is because I have a pure soul, oblivious to the prejudice and social imbalance that has plagued our species; naive in my outlook and seeing people only for who they are and not what they are or where they came from. My mother would like that argument. In reality I suspect the reason is far simpler and less spectacular – I’m a white, middle class, public school educated man – I wasn’t truly aware of prejudice in society, because I’d never truly experienced it.

In 2016 one of my favourite customers asked if Kite would consider sponsoring the annual WILD (Women in Listed Derivatives – do check them out) lunch. I explained that we would have loved to but could not as I had committed budget elsewhere. This particular customer can be a little persistent. She asked that I think about it, mull it over, consider the importance of what we would be supporting. I explained that I didn’t need to think about it, we didn’t have the budget, end of subject.

As it turned out, a few weeks later I had a dinner in the diary with the very same customer. Sitting down at our table, her eyes twinkled with at least a touch of malice.

“Have you had time to think about sponsoring the WILD lunch?” she asked.

“I haven’t needed to,” I replied firmly. “The answer’s still no unfortunately – can’t be done.”

“I understand.” She replied. “You keep thinking about it.”

I laughed, nervously, knowing that in reality I could never be turned. Budget was budget and that’s that. You can’t just change a budget because someone keeps asking you to. Did she really think I’d change my mind? Honestly, some people.

A couple of weeks down the line I received an email from said customer, explaining that I really should reconsider my position. She explained that the annual luncheon is an important event in the year for WILD and all its members, not just to celebrate their accomplishments but also to support the many women who turn to them for advice. Firm and resolute I replied declining, explaining again my reasons and wishing them my best.

Then, the phone rang. This time I wasn’t asked, I was told. I was sponsoring the annual WILD lunch.

I’ve worked with lots of customers in my time in the City. Some, you help because you like them, you enjoy working and socialising with them; they become more than a customer and something closer to a friend. Others you fear, because you know if you set a foot wrong or disappoint them in any way, then you’ll take a whistle-stop tour to the fiery pits of hell with no passing ‘Go’ and no collecting $200. The individual in question is relatively unique in that she occupies both positions, with equal vigour, simultaneously. Needless to say, I caved. Kite sponsored the lunch. What I didn’t realise at the time, is just how much influence this one event would have on my views as an individual, and Kite’s offering to the City.

Having broken the budget and lost at least a smidgen of personal pride, I then discovered that as sponsor I was not only expected to attend – as the only man – this 100% female event. Moreover, as sponsor I’d also been awarded the privilege of being the opening-speaker. Wonderful.

As the walls closed in around me, I began to think about two things. Firstly, what possible message or value could I give to a group of attendees who have experienced and quite possibly suffered from, a prejudice and mistreatment to which I can never truly relate or empathise? Secondly, this really sucks, I’m going to be eaten alive.

I couldn’t have been more wrong. Firstly, I wasn’t the only man, my worries were for nothing. One of the waiters was also male, although he disappeared after the first course.

Secondly, and far more importantly, I was humbled not only to hear the stories of how gender and racial perceptions had hindered highly capable people in their careers; but even more so by the grace, decency and level-headed manner in which the subject was tackled. There were no “man-haters” here. There was no anger, no spite. This was a group of highly professional and often extremely successful people who were determined to help the industry rebalance gender perception for no other reason than it was right to do so. The room was driven by a desire to help each other and build a better future for the next generation. Not only was I treated fairly, it is rare that I have felt more welcomed and more accepted than I did, despite sitting in a room full of people many of whom had every fair reason to resent me.

As I sat, drank, talked and learned about the people on my table and in time others in the room, I was hit by a real sense of purpose – but probably not for the reasons you think.

It is right and good that women’s rights in the world, the workplace and the board are defended and progressed. It is equally right that we work towards repairing the flaws in corporate culture and particularly City life, that prevent females of all walks of life from enjoying the same opportunity and success that their male counterparts take for granted. I believe in all of this, but I’d be lying if I claimed this as my primary motivator for rallying diversity in financial markets.

I believe If you can improve your probability of hiring great people, then chances are you’ll succeed against your competitors. Companies are, after all, 99% people and 1% brand. As I sat at the WILD annual lunch, drinking my fair share of the alcohol my precious budget had paid for, I couldn’t shake the thought that gender inequality wasn’t only wrong, it was also stupid. Why on earth would any commercial business reduce their chances of making a great hire? What sensible firm would ever allow their internal culture or decision-making framework to actively decrease the probability that their workforce and leadership be more effective than their competitors’?

I am passionate about solving issues of hiring diversity, be that gender, race or any other flavour of ignorance. Not only because it is right to do so, but because a great hire is a great hire, irrespective of demographic. Because the companies who get this right will tap into a wider, more versatile talent pool and a stronger resulting commercial culture than has ever been truly realised in the square mile or any global financial centre. I am passionate about it precisely because it is not only the right thing to do, it is also the right commercial decision.

And so, thanks to everyone at WILD, to the many talented women employed at Kite and to the countless top performing females I have known in my career, I found myself with a bit of a project on my hands.

How can we help the City to hire awesome female talent?

Let’s start with the obvious; we can’t keep hiring the same way we’ve always hired and expect a different result. Whatever we do has to address the commercial realities of attracting and hiring talent in the financial markets.

Broadly speaking, industry has moved from a position of not caring about gender diversity, to a position of passive acknowledgement of the wider issue, to a new era in which over 300 FCA regulated companies have signed public declarations to repair gender imbalance, often with a focus on leadership and technology appointments. The UK’s largest bank, HSBC; largest exchange, LSEG; largest insurer, AXA UK and largest investment manager, BlackRock, have all committed to specific, tangible hiring and leadership targets.

As these 300+ businesses race to the finish line, we face some difficult truths. Firstly, the imbalance of yesteryear delivers a harsh reality: in some cases, there are simply not enough women in a specific hiring category for everyone to meet their goals. Many firms are turning to their graduate and entry-level hiring as a long-term strategy to build more inclusive company profiles. This is valid, but it cannot be the only solution lest we wait a generation to realise the benefits of gender-balanced leadership and execution. We need a strategy that works now, today.

Let’s be clear, there are three possible ways this story ends for businesses in financial markets and further afield.

Hiring is usually a race to the finish line, be it due to corporate deadline, regulatory requirements, evaporating budget or a myriad of other reasons. In truth, irrespective of the internal reasoning, when a hiring requirement hits the market and your recruiting agencies, it’s a bloody race to the finish line whether you like it or not. Why? Because capitalism says so. Because there is no second place in recruitment, either you get the hire or someone else does. Agencies get paid when they are the first to find a suitable candidate, irrespective of demographic.

In many ways this makes sense, but it does create a problem when solving gender diversity. If the winner is the first person to find a capable candidate – and the market is mostly male – then basic probability tells us that we will hire man after man, time and time again, and this is precisely what we have done. Not because the female talent isn’t there, but because traditional hiring actually decreases the likelihood of hiring a woman into any position in which they are not already the majority gender.

Times are a changing

Whatever happens, we all need to get better at hiring great people without always hiring the same kind of person. Ultimately this comes down to the way we access and assess the talent market. The industry is changing. Years of effort from organisations such as WILD, Dress for Success and Women Returners have sought to challenge broken perceptions and empower women in every step of their careers.

Those who get this right will attract the best people, build the best products and ultimately realise the most success. It’s going to be a lumpy journey and not everyone will want to get on board. For those who do, rest assured that there are solutions that can get you to where you need to be.

WILD, Women in Listed Derivatives can be found at www.womeninlistedderivatives.org

Dress for Success at dressforsuccess.org and Women Returners at womenreturners.com