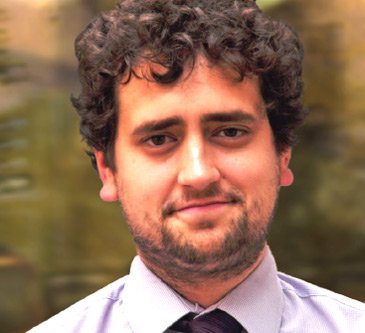 THE MIFID II DELAY AND ITS CONSEQUENCES.

Daniel Simpson, head of research at JWG explains why now is not the time to procrastinate.

After months of rumour and speculation, the European Commission has finally spoken out on the delay of MiFID II, announcing a one-year extension to the implementation deadline. The new date is now 3 January 2018 but as it had been expected by many it did nothing to alleviate the collective sigh of relief from the regulators and the regulated. Both had found the original timeline extremely challenging for several varying reasons.

Although many believed the delay was inevitable in the wake of publication deadlines for both the final Regulatory Technical Standards (RTS) and the final Delegated Acts, by ESMA and the Commission respectively, in the second half of last year, the silence was deafening. As the length of time without official word grew longer and longer nerves were jangling. There was also speculation about whether the postponement would be total or partial. Some expected that only the more challenging aspects of the MiFID II framework would be delayed, creating a confusing phased implementation process.

Ultimately the decision to delay the entirety of the MiFID II regime was welcomed because it meant avoiding the kind of confusion predicted under a phased implementation.

In justifying their decision to delay, the Commission cites “the complex technical infrastructure that needs to be set up for the MiFID II package to work effectively”. Confirming that they see the issue in primarily market data terms, it goes on to state that “(ESMA) has to collect data from about 300 trading venues on about 15 million financial instruments”. The market data mentioned will be crucial in setting liquidity thresholds on an instrument by instrument basis as well as systematic internaliser (SI) thresholds and trades on trading venue classifications for instruments.

While several have seen the rationale or the delay to mean that ESMA plans to deliver some semblance of the fabled ‘golden source’ of reference data, others are not so optimistic. In this space there has long been a lack of clarity in the industry around where a golden source of various forms of reference will come from and ESMA have, to date, held back from categorically declaring their willingness to commit to providing one. Whether or not this one-year delay now gives them the breathing space to do so remains ambiguous.

Moreover, while a date set in stone brings a slice of certainty to the MiFID II process that warm, fuzzy, enlightened feeling may not last too long. Final text remains unforthcoming, and implementation teams continue to wait on both the final Delegated Acts and the final RTS. In this context, the Commission’s assurances that “This extension will not have an impact on the timeline for adoption of the ‘level II’ implementing measures under MiFID II/MiFIR” will be viewed through understandably sceptical lenses.

Whilst the stated rationale clearly makes sense; ESMA would not have been able to meet the original January 2017 deadline, it only tells half of the story. Completing all of the work required to change technology systems, policies and procedures in line with MiFID II was an impossibility for most of the industry. The workload involved to be fully prepared for 2018 is huge, particularly in the most complex areas of pre-trade transparency, the derivatives trading obligation and product governance.

The deadline will continue to look tight whilst the industry does not have certainty on the final text. Until the requirements are finalised it is very difficult to commit to the millions of pounds worth of systems changes the will be required. This is because a last minute change to the reporting fields in the RTS or record keeping specifications in the Delegated Acts could then lead to further millions worth of rework. Given that the highly technical kinds of change that we are talking about can take upwards of 18 months, not including industry wide testing, 2018 is starting to look a lot closer already.

In thinking about allocating project resources this year, it’s also worth senior management considering that, just because MiFID II has been pushed back, it doesn’t necessarily mean that other, interdependent regimes have also been postponed. And this will complicate the landscape still further. The Market Abuse Directive and Regulation (MAD/R) deadline, for example, remains July of this year and therefore the timelines for aspects of that regime that are interdependent on MiFID II, such as the identification of what is ‘traded on a trading venue’, look extremely aggressive.

Other highly interdependent initiatives such as Packaged Retail Investment Products (PRIIPs) with regard to product governance and Securities Financing Transactions Regulation (SFTR) with regard to transaction reporting remain fixed in the implementation window as well. This means that whilst you may have just got an extra year to get MiFID II right, resources are likely to be much tighter than expected in this window.

The FCA’s Senior Manager Regime (SMR) is another that will carry on, full steam ahead. SMR will force firms to identify senior managers within their organisations who are ultimately accountable for ensuring compliance with regimes such as MiFID II and, in this context, no-one can afford to take their foot off the gas, even though the deadline is extended.

Ultimately then the MiFID II delay has been well received by regulators and investment firms alike, but that reception has not lasted long as thought. This is because of the huge book of work that remains undone, both with regard to writing the rules and implementing them in terms of both MiFID II and much more beyond.