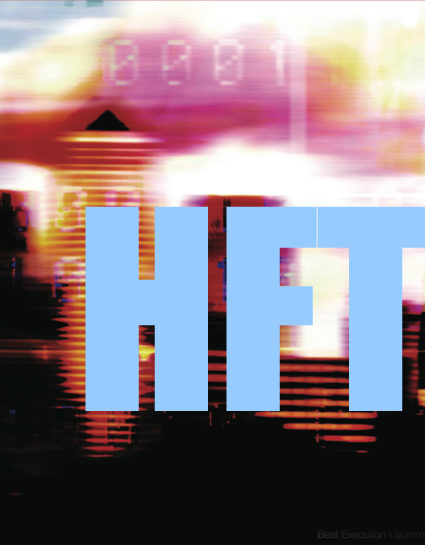 THE CALM AFTER THE STORM.

Despite the hoopla, the HFT trader is here to stay albeit in a different form. Louise Rowland explains why.

It is probably no surprise that Michael Lewis’s Flash Boys sold 130,000 copies in the US in its first week of publication. It has all the ingredients of a blockbuster exposé: alleged market abuse on an eye-watering scale, toxic traders using speed-of-light technology to rig the equities markets, huge rewards for those who outwitted the system. The high frequency trader (HFT) was the new villain on the block and the media were baying for blood.

Yet, a year on from the furore, a more nuanced and balanced picture is emerging. Few question that market abuse took place at the expense of institutional investors. The FBI and the New York Attorney General’s Office both have investigations underway, and Navinder Singh Sarao, a Hounslow-based trader is currently facing extradition to the US, accused of helping cause the 2010 Flash Crash.

However, such predatory behaviour was carried out by 1% or so of HFTs, insists one market participant. Rogue cases have always been possible – and existed – in other types of trading, he adds. Far from being an unfair practice, HFT should be celebrated for creating liquidity and improving market efficiency, all part of a healthy ecosystem.

The subject has long been on the industry’s radar. Many HFT firms welcome the current debate because it brings the issue into the mainstream, giving the sector the opportunity to clear its name and regulators the spur to act. There is certainly work to do. A recent industry survey shows that many buyside firms harbour major fears about what they see as HFT’s negative impact on liquidity and their own order flows, even in dark pools. 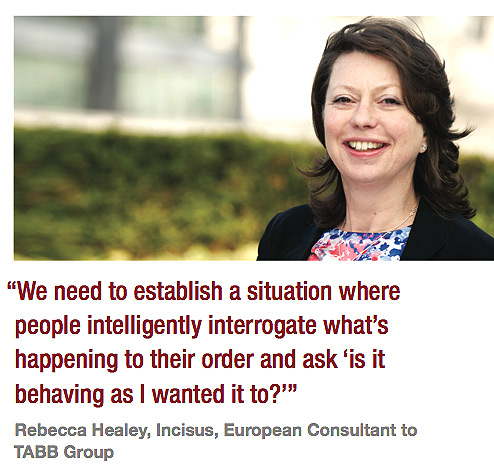 The greater understanding within the industry of what HFT is and how it works, the more accepted it will be, claim its supporters. It’s all about transparency and the need to take ownership, says Rebecca Healey, senior analyst at consultancy TABB Group. “We need to establish a situation where people intelligently interrogate what’s happening to their order and ask ‘is it behaving as I wanted it to?’ All industry participants in every asset class need to understand their order flow, following through the best execution process and this will only accelerate under the regulators’ increasing focus on delivery of best execution.”

That process of engagement is already happening, agrees Anish Puaar, market structure analyst, Europe for Rosenblatt Securities Inc. “A positive from the book is that more buyside traders are taking a proactive stance on market structure. They are talking to their brokers about the way orders are routed on their behalf and then using that information to change brokers’ behaviour to improve their results. Long-term asset managers are better informed and their approach more evidence-based.”

Some argue that much of the market abuse was inadvertent and largely down to flawed market structures, particularly in the US, where RegNMS created a highly fragmented landscape, with best execution responsibility placed in the hands of brokers.

“I think the current debate focuses on just one part of the problem,” says Per Lovén, head of international corporate strategy at buyside block trading network Liquidnet. “Clearly it’s not ideal to have markets where participants can benefit from latency advantages, but it is the rules and market structure set-up that created these conditions in the first place, particularly in the US.” The role of the exchanges tends to be forgotten. “The exchanges were, after all, the enablers of HFT. By co-location, sponsored access and plethora of new order types, they created a new revenue stream, often to the detriment of long-term investors. This is the big issue and where the debate should focus its efforts on.”

Both the regulators and the HFT industry itself are increasingly focused on corrective measures to maintain the integrity of the markets. Yet market practitioners warn against knee-jerk reactions, pointing to last year’s German HFT Act as a less than ideal response. European Securities and Markets Authority (ESMA) and the Financial Conduct Authority (FCA) have been working on the issue for some time, with an ESMA report appearing in December 2014, the first study into HFT across major venues in the EU.

The Bank of England produced a working paper in February, which found that HFT was not responsible for sudden price hikes in the market and generally helped price efficiency. However, the BoE also announced in mid-May that its Prudential Regulation Authority will test whether firms’ governance and controls around algo trading are ‘fit for purpose’ to protect market liquidity.

MiFID II, due to be launched in January 2017, will also introduce greater oversight on HFT. The directive has recommended new provisions applying to HFT as a type of algorithmic trading, including organisational requirements and market-making obligations.

In the US, the Securities and Exchange Commission (SEC) proposed a registration regulation in March and there’s an expectation that several additional rules may be issued, focusing on anti-disruptive trading, latency, co-location and risk management of trading algorithms.

More and better technology is also the answer, says the pro-camp.

Exchange fairness is achievable with the right technology, insists Dave Snowdon, co-CTO of Metamako, a technology company specialising in ultra-low latency solutions, where speed and determinism are critical factors, combined with high levels of monitoring functionality. “Accurate measurement is essential so that the market understands HFT’s role in that market. All orders and market data should be captured, time-stamped and recorded as they enter and leave every venue. There should be an audit trail through each venue showing where and when each order was delivered.”

Field Programmable Gate Array (FPGA) solutions – programmable microchips which can incorporate client-specific risk checks – are key. “FPGA technology is big news,” says Sanjay Shah, CTO of NanoSpeed, a provider of ultra-fast FPGA solutions to the trading community. “It narrows the gap between speed and risk. Our technology allows clients to do thousands of trades on the fly in parallel, with monitoring also built in and latency kept very low. Over the next few years, FPGA will become commoditised and used far more widely.”

Platforms such as ParFX are also gaining traction. The venue is a market-led initiative by a group of banks in the FX sector, utilising a randomised pause to nullify low latency behaviour. “The platform was designed to achieve a level playing field and is the only one built on this model with a material randomiser,” says CEO Dan Marcus. “There’s a strong desire for this kind of venue and it’s particularly relevant for Spot FX, which is a highly commoditised product. An environment like ours, where there is no latency benefit but assured firm liquidity, encourages firms to adopt a more intelligent approach.”

How is the HFT story likely to unfold? Current volumes are calculated at up to 43% of equity volume traded, according to ESMA, although an accurate estimate is hard, as some investment banks engage in HFT activity as well as firms which flag as pure HFT. Volumes remain fairly static, but new players have emerged over the past few months, and HFT firm Virtu recently conducted a very successful IPO.

Observers expect to see increased specialisation and consolidation, as well as a growing HFT presence in other asset classes such as FX, derivatives and fixed income. There is also likely to be some exodus from the market by smaller firms, due to the inevitable hike in compliance and technology costs. Some of these may head for unregulated dark pools – an outcome not intended by the regulators.

Mark Spanbroek, Vice Chairman of the European Principal Traders Association, is optimistic about what lies ahead. “We’ve worked constructively with the regulators and made an enormous step forward. Our member firms welcome these developments because we’ve had the chance of a huge dialogue which has improved the market tremendously. HFT has been in the spotlight in a good way and the attention has been positive.”