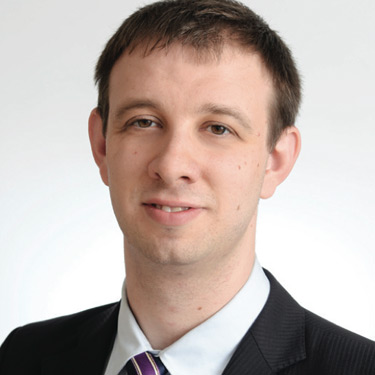 THE DECLINE AND RE-BIRTH OF THE INTER-DEALER SPOT FX MARKET.

In 2015, the structure of the FX market for spot liquidity approached a tipping point. That tipping point emerged because of increasing levels of similarity between the characteristics of dealer-to-dealer (D2D) spot FX liquidity pools, which are no longer dominated by market-making investment banks, and the characteristics of dealer-to-client (D2C) trading venues, wherein the sellside now focuses the bulk of its market-making activities. GreySpark Partners interprets these facts as the early signs of an emerging all-to-all (A2A) market for spot FX trading.

GreySpark analysis of data on market structure and trading patterns shows that the characteristics of D2D spot FX liquidity pools and D2C spot FX trading venues are becoming similar.* Increasing levels of spot FX electronic trading, as opposed to voice trading, is the force that is driving the characteristics of D2D liquidity pools and D2C liquidity pools to become more similar. For example, 60% of notional spot FX volume, which represents more than 75% of the overall trades done in both the D2D and D2C markets, is executed electronically. As spot FX trading became increasingly electronic in recent years, it became increasingly algorithmic in nature. Figure 1 shows how algorithmic spot FX trading now constitutes nearly one-third of the market’s volume on an annual basis.

As the level of algorithmic spot FX trading has increased, it has caused the D2D market to lose its central position as the primary means of sourcing currencies liquidity for both buyside firms and sellside broker-dealers. In 2015, the spot FX market was less reliant on the D2D market for price formation or for risk netting than it was in the past. This change was caused by the broad adoption of FX flow aggregation and internalisation tools by the leading spot broker-dealers. These types of software solutions allow banks to optimise their interactions with different D2C markets, giving them the ability to internalise up to 90% of their flow business on their own balance sheets. This means that, for banks, only residual currencies positions are hedged on the D2D market. As a result, Figure 2 shows how the volume of spot FX traded in D2D markets nearly halved over the past 20 years.

D2D spot FX trading is no longer a pure inter-dealer market. Non-bank counterparties now represent the bulk of the volume on D2D platforms (see Figure 3). D2D spot FX liquidity pools like EBS Market and Thomson Reuters FX Matching, for example, have long opened their platforms to non-bank counterparties through the use of sponsored accesses via broker-dealers acting as prime brokers through a prime brokerage platform operated by the trading venues. Also, several high-frequency trading (HFT) firms – for example, GSA Capital, Tower Capital Management and Virtu Financial – joined the D2D platforms as liquidity providers in their own right.

From the perspective of the Tier I and Tier II banks trading in spot FX D2D liquidity pools, the presence of HFT firms as counterparties on those platforms – either as liquidity provider members in their own right or via the platform’s prime brokerage platform – has eroded the quality of inter-dealer-only liquidity. In response, the leading FX banks now conduct approximately 50% of their electronic spot FX market-making both with other banks and with their buyside clients on D2C platforms (see Figure 4). The sellside also invested heavily in recent years to on-board buyside clients onto proprietary single-dealer platforms (SDPs) or to connect the bank’s FX balance sheet to them directly via an API in an effort to maintain the sanctity of long-standing relationships with those clients.

In response to the rejection by the leading banks of the need to only make spot FX markets in bank-only D2D liquidity pools, the leading spot FX D2D and D2C platforms began adapting their respective trading models in 2013 in an attempt to capture the widest amount of market share possible. As a result, there are now numerous D2C and D2D spot FX platforms that simultaneously offer both buyside and sellside – bank broker-dealers and non-bank broker-dealer market participants – access to:

However, as the leading banks loosen their control over the types of market participants that can trade with them in D2D liquidity pools, GreySpark believes that – in the medium-term – D2D spot FX venues will renew themselves as revised A2A venues to once again become the dominant marketplace for the instruments. D2D spot FX liquidity pools are naturally the deepest and offer market participants the greatest amount of pre- and post-trade transparency; they are also the most competitive liquidity-sourcing venues for pricing based on the natural levels of arbitrage that take place within them.

For banks, the changes also mean that it will be necessary for a wider community of both Tier I and Tier II liquidity providers to offer their financial- and non-financial buyside clients alike an agency trading model for spot FX trading that includes both the ability to broker client liquidity onto D2C venues and the ability to internalise flow on the bank’s own balance sheet.

For asset managers, institutional investors and even for some non-financial corporate spot FX liquidity consumers, the changes to the spot FX market’s structure toward an A2A reality means that they will need to take a greater level of control over their execution of flow FX trades, expanding their capabilities of their equities trading technology stack to the FX market. To do so, the buyside will need to make use of software tools that allow them direct market access to D2C FX platforms as well as the ability to connect their own APIs to the APIs of bank dealers and non-bank dealer liquidity providers, smart-order routing and algorithms.

FX investors should also make use of technology vendor software tools for liquidity aggregation that allow them conduct their own formation of pricing. Additionally, the use of FX transaction cost analysis tools will allow financial and non-financial buyside firms to improve the quality of their currencies execution.

The important news for FX market participants is that the technology toolkits that buyside investors need to take control of their trade execution capabilities have been readily available for many years, and they are consistently increasing in their sophistication. This means that buyside FX market participants will be ideally positioned to take advantage of the shifting of the market’s structure toward an A2A model when the inertia required for it to do so reaches its tipping point.