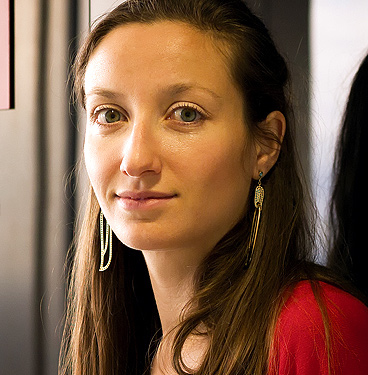 Average daily volumes were $18.8bn in November 2013 versus $14.7bn in the same month a year previously. While traditional FX platforms are seeing volumes decline, the Russian FX market registered a growth of 28% year on year mainly in the United States Dollar/Russian Ruble (USD/ RUB) pair.

Russian retail investors are big participants in the FX market, but generally OTC. Domestic growth has, in part, been facilitated by the large numbers of executing brokers offering DMA access with off-the-shelf, front-end trading solutions. Following the merger between RTS and MICEX Exchanges in 2012, to form the Moscow Exchange (MoEx), banks licensed to trade FX were granted the right to offer DMA, or even sponsored access to their end clients. Shortly after, on-exchange FX trading was opened to all licensed brokers. These key developments led to further growth in trading volumes and a diversification of the client base towards more international profiles.

A key positive element unique to the Russian FX market is that most of the Russian FX volumes are traded on exchange. On-exchange trading also means that the National Clearing Centre (NCC), acting as CCP, mitigates counterparty risk and guarantees execution of transactions and settlement.

Over recent history, the Central Bank of Russia (CBR) has been pursuing a strict policy with tight bands of Ruble to the US Dollar: this intervention has recently been relaxed as part of the CBR’s objective to see the Ruble fully floating in 2015 (free-float range widened from 1 to 3.1 Rubles). This benefits the Russian market by creating volatility – and therefore greater volumes – and marks the intention of the CBR of having the US Dollar freely floating by 2015 (RUB is expected to be admitted to CLS in 2015). There will also be the introduction of a new bill which is projected to come into effect in January 2014. It includes the review of the execution parameters for FX OTC trades, clarifying the price one has to pay to participate, and it stipulates that FX market participants need to be regulated as dealers – one criteria being a minimum net capital of roughly $1.1m – therefore eliminating all the small players unable to comply. Moreover CBR is already implementing a stricter policy in terms of data collection: companies now have to provide accurate information on both internal and clients’ operations, which should enhance reports reliability.

What next for MoEx?

With the opening of DMA access, more and more foreign entities are looking at trading the Russian FX Market using automated strategies. MoEx infrastructure supports such activity by offering low latency messaging interfaces and there are no regulatory or financial restrictions targeting HFTs specifically. One strategy that appears very attractive is the arbitrage between the Ruble on the local market and on OTC platforms such as EBS. To support this demand, BCS has for instance deployed the fastest line between London and Moscow coupled with aggressive leverage and intraday netting.

Another strategy where we see demand is the basis trade between spot FX and the FX futures traded on MoEx – volumes. The daily FX Futures volumes on MoEx derivatives are now above $2bn. MoEx plans to introduce single margining on FX and derivatives markets later in 2014. Even if the timeframe is very aggressive, for MoEx this would mark another step towards capital efficiency.

In addition, DMA clients are also able to access the FX and derivatives markets using sponsored access as sound risk management systems are in place at the exchange level.

While new participants are entering the market, the Moscow Exchange has the appetite not only to grow volumes in existing pairs but also to become an international platform by adding exotic pairs: for example, they recently launched the Chinese Yuan/Russian Ruble (CNY/RUB) with the CNY deliverable in both Shanghai and Hong Kong.

Keeping in mind future economic growth, and the above listed dynamics such as the extension of regulation and the proactive approach of MoEx towards attracting international participants (from buyside to sellside and HFTs), the outlook is very positive for the FX Russian market and we predict a steady increase in volumes.