Bloomberg is a company synonymous with news, data and information and has a ubiquitous presence on trading desks globally, but the firm recently added a new service whose format moves away from traditional reportage, providing ‘actionable’ news in an innovative format, specifically tailored towards the FX trading community. Best Execution spoke to Tod Van Name, Global Business Manager for Foreign Exchange and Commodities at Bloomberg LP to learn more. 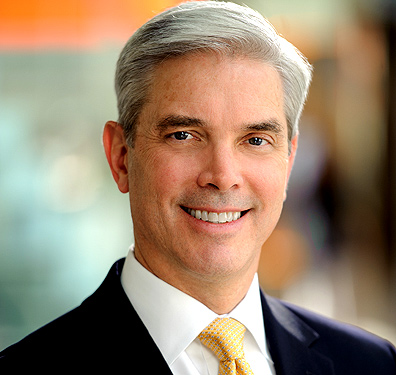 Bloomberg’s recently launched service is called First Word Foreign Exchange (FX), what does it aim to do?

First Word FX, which was launched on 1 October 2013, delivers 24-hour coverage of economic, geopolitical, currency-specific news in a concise and digestible format developed based on input from FX market participants globally.

The idea was to distil the most relevant information for clients in a format that makes it immediately actionable. So, if they are looking to make investment decisions they have: access to information with real-time insights to make swift decisions on a far more informed basis.

The format allows users to look at key information in a simplified manner: headline followed by key bullet point highlights, as well as links to various stories, analysis and other information.

What was the genesis of this rollout and why did Bloomberg think it was necessary?

Fundamentally it was driven by client demand. We knew that there was a need for clients to be able to consume more than just headlines but less than full, robust and in-depth news stories. The key issue for our clients today is not a lack of access to news and information, but a lack of resources to help them manage and make sense of multiple, disparate sources in real time.

Consequently there had to be something in the middle for traders and other market participants who do not wish to read all the granular details of news stories on first reading, but want enough context to really know what is going on. And, given that the FX market is such a huge and fast-moving market, which sees daily volumes of $5.3 trillion – according to recent Bank for International Settlements’ figures – it was a logical step to move Bloomberg News’ existing First Word offering into FX.

Who is it specifically aimed at and what does ‘actionable’ really mean?

When we first designed the product, we wanted to reach markets where we knew demand was strongest. FX traders are sensitive to fast moving market information and, as such, we tailored the format specifically for an FX audience.

By ‘actionable’ we mean that both the type of information and the way in which it is presented is such that it can be quickly consumed, digested and acted upon. Ordinarily, this type of ‘action’ means entering a trade, exiting a trade, putting on a hedge or structuring a transaction. For instance, it is one thing to see news stories on broad trends such as growth of trade with China, but another to see that expectations for Chinese exports are down, impacting an exposure that needs to be addressed quickly. We put the welter of information in context to enable this type of rapid, informed response.

FX may be described as a relatively ‘uncorrelated’ market but your content must be of value to traders of other asset classes, so why just FX?

Bloomberg’s First Word product covers many asset classes, including but not limited to FX. That said, we are currently seeing a broad universe of participants using our FX product which is very cross asset in focus. Many users are fixed income portfolio managers, equity analysts and macro fund traders. This is because anyone who trades across borders will have an FX exposure and want a more practical way to digest this information.

A client may not necessarily care to know about corporate or municipal bond issuance, so will not really want to see that sort of information. So, the tool allows an FX trader to indicate that they only want to see the FX version. However, it will also include content on central bank activity and geopolitical risk, credit rating changes and items that will indirectly affect the market. It cannot simply have the words ‘FX’ or ‘currency’ in it, it has to be deeper, with analysis and evaluation on what the impact of one event might be on currencies of any nation exposed to the relevant industry.

The rise of social media has been seen as a source of tradable information, but attempts to focus on it have had mixed results. How important is social media in your service and how is it integrated?

First Word FX scours the web to keep clients on top of information relevant to currency markets. Alerting is an increasingly important part of that process. The team uses Bloomberg’s integrated social media monitoring platform to keep track of government ministers, agencies, investors, economists and other newsmakers who use Twitter to broadcast market-moving news, and reports on this content – provided they are able to verify the source. Social analytics functionality is also used to monitor spikes in Twitter activity as part of the news gathering process.

Many of the First Word FX team have direct market experience. What is the strategy behind hiring reporters formerly from the trading desk? Why will this development be important to your clients?

The strategy has always been to hire former FX traders and portfolio managers to co-ordinate the flow of information going through First Word. For example, they take news that could be from a reporter covering automotive sales in Detroit, and are immediately able to identify and highlight why it would interest a currency trader. So, it is about figuring out what information is relevant to the currency markets and what is not. It also calls for experts who know what is driving the market and what it is sensitive to.

Today the global team of currency market experts and journalists working specifically on First Word FX in major global FX centres – including New York, London and Tokyo – numbers over 140. They also leverage Bloomberg News’ force of 2,400 reporters around the globe.

What are Bloomberg’s expansion plans for First Word FX?

Our plans are significant and encompass adding not only a wider product coverage but deploying additional staff in more locations. This extends not just to major financial centres, but in other offices including Singapore, Hong Kong, Sydney and across Latin America and Eastern Europe.

And, with regulation and regulatory reporting having become a far more prominent topic lately, this is an area we are looking to concentrate on, with staff experienced in trading derivatives.