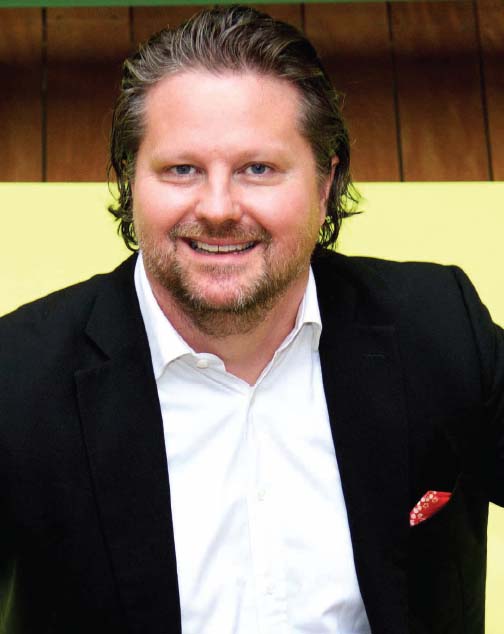 EMFX IN THE SPOTLIGHT.

Jon Vollemaere, CEO and founder of R5FX explains why he is shining the electronic light onto emerging market currencies.

What is the background to R5FX?

A few years ago I was approached by two banks who were being asked by their clients to make emerging market (EM) currencies available on their e-FX platforms. The problem for the banks was that there was no reliable emerging market price feed on which to base their prices, and their traders highlighted all the problems with emerging market FX – a lack of liquidity, a small number of traders and an opaque market, which was the result of the market mainly being voice traded. From these meetings R5 was born.

Regulation was also starting to have a major impact on FX. Whilst not all areas are required to be regulated, there is a growing movement towards making FX markets more transparent. E-commerce helps with this, making prices available to a wider audience, so R5 is pushing against an open door, as we are a regulated marketplace in a growing list of jurisdictions.

R5 is Emerging Market FX (EMFX) only. We went live in October last year and since then we have been busy adding currencies and clients. It’s still early days but volumes are going up strongly quarter on quarter. The aim is to be the marketplace for eNDF (electronic non-deliverable forwards) and EM trading whilst extending our central credit model (which enables OTC, exchange and onshore traded flows to be supported in one marketplace). In doing this we can open access to more participants and help to grow EM volumes.

What regulation has had the most impact and how have markets changed?

MiFID and BCBS 270 (the Basel III Leverage Ratio framework and disclosure requirements) are the two main regulations that are impacting EMFX. Central credit helps clients address the demands of these regulations and there is a growing interest in central counterparty trading. We have built our platform to support clients who want to trade and clear in this manner.

Regulation has made trading FX more expensive, increasing the costs associated with credit and risk. As a result banks are less willing to warehouse risk. Some of the larger banks used to chase flow, believing that more volume led to increased trading profits. Due to the increased costs there is now a move to focus mainly on key customers. This has allowed the regional banks to reclaim some market share from the bigger players.

We recognise that the market is changing. Particularly in emerging markets, where regulation is sometimes onerous, and it’s worth noting that the NDF market was created to get around regulation.

The exchanges are positioning themselves as a regulated alternative on which to trade FX. Even though FX is not mandated to clear, businesses are reviewing their entire trading activities to comply with global regulation, and as part of this process some are also looking at moving FX onto exchange.

BCBS 270 presents the CCPs with an opportunity as long they can achieve the desired levels of compression and multilateral netting. But I don’t think CCPs will ever dominate FX. Instead the industry is moving towards a hybrid model which takes the best of OTC and exchange trading. With a centralised credit model you can combine liquidity for a peer to peer marketplace, with liquidity derived from arb opportunities and relationship-based pricing in one spot.

What has been the impact on FX volumes?

Volumes have flattened. The headline is that the BIS (Bank for International Settlements) reported a drop in volume to USD5.1tn a day (down 5.5%). This is mainly the spot market, down 19%, and of that mainly G10 currencies. Another trend is the growth of Asia as a trading centre, which has increased from 15% to 21% of the global market.

There is also more volatility, and it’s likely to remain that way. With market makers streamlining their relationships, less warehousing of risk and the automated / algorithmic nature of the market, price movements are more volatile and faster.

Do you foresee a continued move to electronic trading and if so, what happens to OTC markets?

Yes – The OTC markets are already there at 90%+ electronic, but this reflects mainly G10 currencies. EMFX is lagging behind, which is the opportunity for R5. Traditionally this has been a more difficult and less of a commoditised market, but the market is moving in this direction. The result for EMFX will be more participants and increased volumes.

Both the OTC and exchange traded markets are likely to grow as EM becomes more electronic. That’s something you see time and time again.

What impact do you think Brexit will have?

Brexit has caused uncertainty, which in turn creates volatility. This uncertainty extends to other currencies like the euro and then also to EM.

The same question applies to Trump and whether the Fed will continue to raise interest rates?

Volatility in the USD does have an impact on EM, for example USD/MXN recorded an 11% move on election night. The US will have a very unconventional President, whose Twitter account may trigger currency moves. The Fed has raised interest rates and the US dollar will strengthen over the next 12 months, but the wider story is more political and that’s moving rates in South Africa, Turkey, India, and of course Russia.

In terms of the EM space, how difficult is it to prove best execution?

It’s very difficult to prove best execution in EMFX. That’s because there is so little data to base it on. That’s one of the reasons we started out, and R5 is planning to launch a data product in 2017 to give people the price.

How has the changing market structure impacted EM currencies and liquidity?

The changing market structure has highlighted the potential of EMFX, particularly compared to G10 which is flat lining. There are more potential profits as well as significant growth compared to G10, but EMFX can only grow if we can make the liquidity easier to find and increase access to more traders.

When we were designing R5 we conducted over 400 client meetings to discuss what we should build. The vast majority of clients who traded EMFX wanted us to build a future-looking platform to support market growth, a central credit model that enabled more counterparties to trade at best price and access to trade on both OTC and exchange prices. They also wanted us to support all-to-all trading with market transparency and the choice of whether or not to clear trades. Also, let’s not forget about China. Opening up the Renminbi market will significantly grow EMFX. I spend a great deal of time in China, working with organisations to increase access to the global FX market.

What is the best way to trade EM currencies?

With caution and understanding – these are high risk, high return pairs that are not for everyone – you need to keep your helmet on.

Against this changing background how can market participants differentiate themselves?

Manual traders who are willing to step in and make a price – if they are simply following automated traders they will lose. Also – get to know and understand Russia, China, India – they are the growth markets for FX towards 2020.

Jon Vollemaere is an eFX entrepreneur, having worked with new financial technology since its early days. He is the Founder and CEO of R5, a new primary market which offers centralised credit for eNDF’s and Spot EM pairs and focuses on the growing FX activity in markets such as China, India, Russia, Brazil, Indonesia and Korea.

Jon’s experience of working in early stage financial technology organisations includes executing the first trades of Reuters D22, being part of the launch team at Currenex, and developing retail FX trading in Europe for FXCM and Barclays. He also co-founded and globally built the low latency trading network, FXecosystem, as well as the FX trading community, LetstalkFX.

Jon is a regular speaker at conferences and acts as an advisor to a number of early stage FinTech firms, a mentor at Level39 and a founding member of the Emerging Capital Markets Taskforce which reports to The Financial Services Trade and Investment Board (FSTIB).