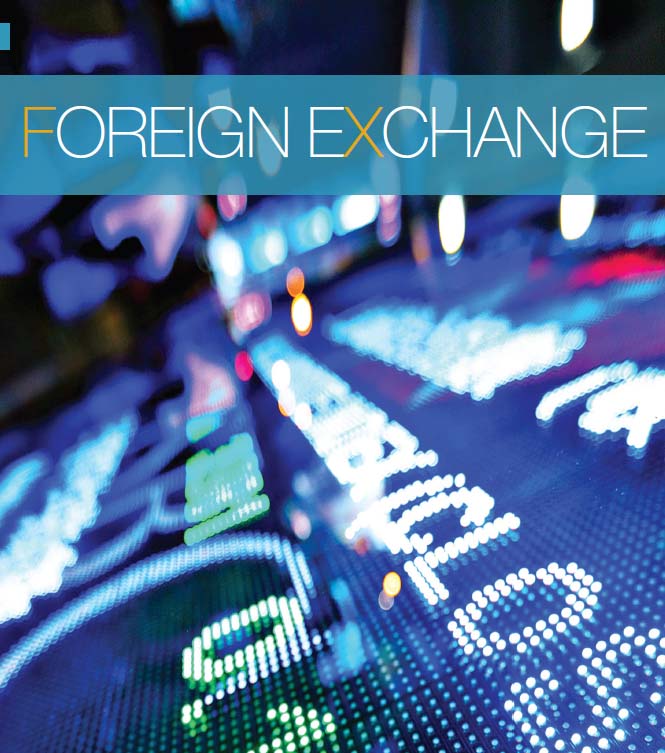 A YEAR IN THE LIFE OF FX.

Gill Wadsworth looks at how FX has ridden the political waves.

This year, a £1 bet on Donald Trump winning the US Presidential elections, the UK voting to leave the European Union and football team Leicester City FC winning the English Premier League title would have netted a £4.5m fortune.

The fact that no one foresaw these events happening in 2016 reflects just how unpredictable a year it has been, and as these shocks have hit the world so the markets have responded. Currency in particular has endured a bumpy ride.

That £4.5m win before the outcome of the 23 June EU referendum would have been worth £5.29m if the plummeting pound had not lost 15% of its value by October.

In the US, dollar holders are sitting pretty as the domestic currency surged following Trump’s victory, but Mexicans and Canadians felt the full force of his election success as the peso hit a record low while the Canadian dollar fell to 73.6 cents against its US counterpart.

Anyone who was trying to predict the outcome of the EU referendum or the presidential election, could have done worse than look at what was happening in FX. Michael Metcalfe, head of global macro strategy at State Street Global Markets, points out that activity in the currency markets hinted at both a Brexit win and a Trump victory.

“The FX options market has been one of the better early warning signs for the political shocks this year,” he says. “In sterling you saw a significant skew in favour of people buying protection against currency weakness. In the US we saw something similar with people trying to buy protection against weakness in the Mexican peso.”

Yet market shocks – big as they were this year – are nothing new. Last year the Swiss National bank sent the FX markets into chaos when it unpegged the Swiss Franc from the euro, while the Chinese devaluation of the renminbi (RMB) created global upset.

Tod Van Name, global head of FX and commodity electronic trading at Bloomberg, says it is up to the players in the FX markets to be adequately equipped with appropriate technology and liquidity to bear such events. “Market shocks will not only continue to occur, but may actually increase in frequency,” he says. “Brexit, the sterling flash crash and the RMB devaluation are just a few examples of recent volatile moves that are exacerbated as liquidity diminishes. The best way to cope is to have an effective risk management strategy and access to ample liquidity.”

To prove Van Name’s point, Robbie Boukhoufane, global head of fixed income and FX trading at Schroders, says he was “reasonably impressed with market liquidity this year”, particularly after Brexit and the US presidential election.

He adds: “Our key bank relationships remain extremely important to us but in the currencies where electronification is more prominent, non-bank liquidity market makers seem to be contributing more consistently and although we do not access this liquidity bilaterally with these names we can access this liquidity when using algorithms as execution tools.”

Changes to regulation is another key trend for the FX market as the fallout from trading scandals persist and steps are taken to revive the sector’s damaged reputation. In May this year the Foreign Exchange Working Group of the Bank for International Settlements (BIS) revealed the first part of a global code of conduct for the FX market, and will roll out additional codes to cover electronic trading, brokers and prime brokerage in May next year.

Simultaneously, regulation which began its journey through various national and international regulators in the wake of the global financial crisis continues its slow march to statute. Dodd-Frank. MiFID II and Basel III are all yet to be fully realised, yet Van Name says the regulations still influence the systems and processes in today’s FX market.

He says: “What began with Dodd-Frank in 2009 is now moving to Europe with the introduction of MiFID II in early 2018. This will have a significant impact on the way markets are traded and how trades are reported. Furthermore, banks must also face provisions in Basel III that will have lasting impact on balance sheet requirements and ultimately the risk appetite of major market makers.”

The future for Dodd-Frank now looks uncertain, however. Trump has made no secret about his dislike for predecessor Barack Obama’s regulation and has threatened to dismantle it. Chris Matsko, head of foreign exchange trading services at Portware, says it is ‘unclear’ whether Dodd-Frank will make it through.

However, Keith Underwood, founder and CEO of Underwood FX a US-based consulting and market intelligence firm, says: “Scaling back [financial regulation] might be difficult at this point as you would be hard pressed to say the monitoring of trader transactions and communications is a negative or that it inhibits doing business.”

While nothing is certain in terms of regulatory progress under a new president, what can be guaranteed is the endless march of technology. FX has undergone notable fintech advances as players demand improved transaction cost analysis (TCA) and performance measurement.

Underwood says: “[Technology] is still about lowering the cost of doing business and increasing as much volume as possible.”

Automating the trading process remains the target for fintech companies, yet Matsko hints that some traders may resist technology unless it can be fully justified. “Technology is making the [trading] process more efficient and it is doing so in as far as the traders will allow for it.” He adds, “You have some desks that are very much attuned to allowing technology to make their processes more efficient. Others are providing certain sets of rules for execution. To the effect that the trading desk embraces [automation] they can definitely make the process more efficient.”

Matsko says some ‘old school’ traders still prefer to manually execute a trade believing that they get a better price by speaking directly with brokers. “It’s about trying to understand whether there is a true cost advantage to doing a trade one way versus the other; so trying to get better execution by trading a forward in an electronic environment versus calling my broker,” he says.

With an eye on the future, Van Name highlights algorithmic trading (algos) and blockchain technology.

Algos have been an important development in terms of reducing market impact and lowering transaction costs, something that Van Name says has benefited both developed and emerging market currencies.

However, Schroders’ Boukhoufane says he would like to see more technological advances to assist with trading emerging market currencies where liquidity is scarce: “Electronic trading is less advanced [for emerging currencies]. The exit door remains small for some emerging market currencies, which means implementation remains key when entering into positions where liquidity can evaporate in times when markets have increased volatility and momentum.” (See interview with Jon Vollemaere, p50)

Blockchain technology has also been an important trend for FX traders and Van Name argues it will continue to drive improvements and efficiencies when dealing with Bitcoin transactions. “Blockchain technology, and the operational benefits it can bring, has become a frequent and widespread conversation topic,” he adds. “Transparency, immutability, reliability and speed are factors that will drive greater collaboration and lower costs.”

2016 has been a busy and unpredictable year not just for FX but the markets in general. Next year could prove yet more unsettled as Trump beds in, Brexit’s future becomes clearer and the fate of the EU hangs in the balance. Traders will need to be on their toes and it will be down to technology to ensure they can stay focused on the difficult job in hand.