After a relatively quiet year in FX markets, 2020 could be a lot more volatile. Gill Wadsworth explains why.

Foreign exchange traders had a fairly easy time for most of 2019 especially when compared to 2016 and Britain’s referendum on EU membership. There was relative calm with only bouts of spikey volatility.

Speaking before the UK election, Adam Seagrave, head of global sales trading at Saxo Markets, said “Sterling reached its highest level since May as the polls gave the currency another boost and [President] Trump’s visit to the UK unfolded relatively smoothly. FX traders will now ponder which way the risks are skewed. Some traders feel that the easy money has been made and with GBP well above the August lows, the risk to the downside is substantially higher.”

Seagrave’s view might have been temporarily confounded by the unexpected scale of the Conservative victory, with Sterling surging against the US dollar in the wake of the result, but then sliding back due to renewed fears over a ‘no-deal’ Brexit at the end of 2020. So, the impact may not be long-lived. Tim Graf, head of macro strategy, EMEA at State Street Global Markets, argues that despite election success for the Conservatives the pound may find itself back in the doldrums, saying “Sterling’s recent honeymoon may soon come to an end.”

Prime Minister Boris Johnson has signalled he will enshrine in law a hard stop to the transition period which kicks in on 31 January and will have a hard stop after the year. It can in theory be extended once by up to two years, if the UK and EU jointly decide to do so before July 1 2020. The decision to rule out an extension is intended to signal to Brussels that Johnson is serious about securing what Downing Street called a swift “Canada-style free-trade agreement”, a deal similar to that struck between Brussels and Ottawa that would focus largely on goods, not services. However, it has been reported that EU officials believe that the quality of the talks will benefit from more time. 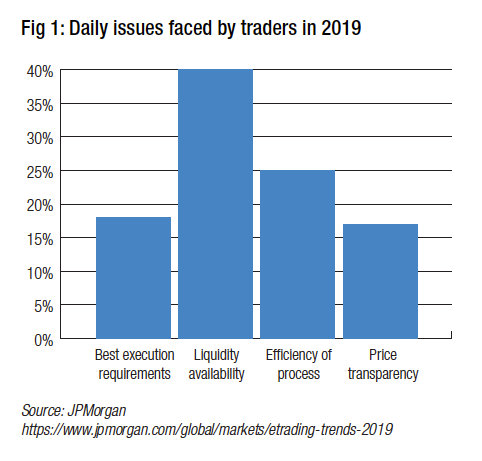 Brexit and the British elections are not the only political events though upsetting the FX applecart. The US House of Representatives kickstarted impeachment proceedings right before Christmas although it is too early to determine the impact this will have on his re-election chances next year. He could very well be celebrating another four years in office, or the world’s largest economy could have a new head of state.

Whatever the outcome, the election next year will hang heavy over the US economy – and in turn the global one. According to ING’s 2020 FX forecast: Diamonds in the Rough, loose fiscal policy, either through lower taxes, more spending, or a combination of the two typically results in the Federal Reserve running tighter monetary policy. “Historically this has been a positive backdrop for the US dollar,” the report states.

However, it goes on to note that tighter regulations may be interpreted as a hindrance to business activity which may in turn may impede growth despite regulators attempting to provide safeguards and create incentives. The report notes, “The perception of slightly weaker growth may result in lower interest rates and be a mild dollar negative.”

Finally, there are concerns about protectionism. In its third online survey of e-traders – most of whom are in FX – JPMorgan asked for insights on the macro market trends. More than half (55%) said the evolution of the US trade strategy would have the biggest influence on global markets.

ING says Trump’s aggressive tariffs have hurt business sentiment by creating uncertainty and raising costs. In retaliation, China has imposed its own levies, damaging the health of itself as well as its US rival. This has not been the case for the dollar which has been given a boost by the ongoing tensions. “Amidst weak global growth the US economy has outperformed, and the dollar has stayed firm. If trade tensions were to persist then this could maintain a safe haven bid for the dollar. Should they ease then this could create an environment for better global growth and see investment flows start to move out of the US dollar,” ING says.

The US elections are a key focus for JRCA’s director Chris Towner, who argues that Trump will aim to bolster the domestic economy to improve his chances of re-election. “Trump has been pressuring trade negotiations with China and that has slowed global economy,” he says. “He knows that strong economic performance is what gets presidents reelected so he will be keen to get a trade deal done to improve his chances next year.”

Away from the unpredictable and unsettling political sphere, FX markets enjoyed considerable expansion this year. According to figures from the Bank for International Settlements daily volumes have grown from $5.1tn to $6.6tn. This huge growth runs contrary to the traders’ concerns reported in the 2019 JP Morgan survey. Two-fifths of respondents said their biggest challenge in carrying out their daily business was liquidity (see Fig 1).

JCRA’s Towner attributes the increase in volume to FX swaps to being used to manage the timing of FX hedges for both businesses and funds. “FX swaps volumes have ballooned by a third over the past three years,” he adds. “This surge is down to the rise of private debt funds. They have seen extreme growth over the last few years and helped by low interest rates these funds have become a growing competitor to the traditional providers of debt, the banks.”

Towner explains that the competitive landscape and relatively tight margins within this sector mean funds lending in currencies outside of that with the fund itself, must hedge the FX risk to protect their returns.

“For an example, a euro fund with £500m in assets would hedge these £500m back to sterling every three months. This would involve a series of swaps and despite the volume of the hedge being only £500m, the annual volume of swaps will amount to £2bn as four swaps would be required to cover the year,” Towner says.

It is not private debt funds alone that are engaging in FX swaps. The rise can also be attributed traders rolling their longer-term positions more frequently, according to Alan Dweck, chief operating officer at BidFX. “We have seen long only asset managers talking more about monthly rolls when in the past they looked at quarterly rolls,” he says.

Dweck also reports a jump in the use of options over futures as a means of managing FX risk. This is a threat that most traders are keen to get off their balance sheets as they grapple with regulations such as Basel III which impose more demanding capital requirements.

The move to options also suits the trend to more FX electronic trading. “FX options are interesting; they are much better placed to be traded electronically than they were in the past. Familiarity in products is higher and as people get more comfortable, they increase usage. We were pushed to build FX options functionality by buyside clients last year,” Dweck says.

After a relatively peaceful year where volatility was less of an issue and liquidity was easier to come by, FX traders may have a more challenging year in 2020. Geopolitical tensions make for a choppy marketplace and there is no one who can really predict with any certainty how the elections will play out. However, as Dweck says: “It’s the unpredictability and challenges in FX that keep it exciting.”

The Singapore Stock Exchange (SGX) acquired the remaining 80% stake in BidFX, a provider of ele ...