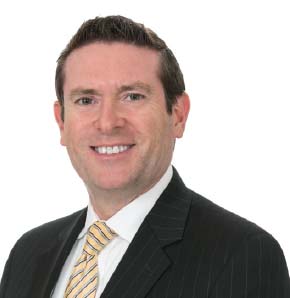 The onslaught of regulation since the financial crisis has wrought both innovation and competition and the field of non-deliverable forwards (NDFs) is no exception. They may be waiting in the wings for their clearing mandate in Europe but over the past year brokers and particularly clearing houses have begun to jockey for position with their new solutions.

FX products have mainly escaped regulatory clearing requirements in the US where non-cleared, physically settled, FX forwards fall outside the scope of the country’s rules. This means dealers do not have to post initial margin on these trades. However, NDFs are still on the agenda along with FX options in the US as well as Europe although a modest timing difference between the jurisdictions persists. The European Securities and Markets Authority (ESMA), and other regulators have scaled back their efforts on FX forwards due to market liquidity and industry opposition earlier in 2016.

One of the stumbling blocks in Europe is that there is no EU-wide definition of an FX forward and, therefore, a consensus has not been formed as to whether it is even a derivative. These issues are supposed to be rectified under MiFID II in January 2018 where a definition is to be formulated and a decision made on whether variation margin should be imposed on physically settled FX forwards.

In the meantime, market forces have taken hold because the cost for uncleared products has become an expensive proposition due to Basel III’s more onerous capital requirements for derivatives, along with tighter margin requirements for non-centrally cleared derivatives, under the European Market Infrastructure Regulation (EMIR), which has been phased in from September 2016.

Clearing participants are also benefitting from a simpler and more transparent method for evaluating client positions and portfolios. The challenge for firms trading NDFs outside of a centrally cleared environment has been well documented in that a variety of valuation models are used by trading counterparts. By contrast, the centrally cleared single valuation model reduces these complications with a standardised model and daily reporting.

To date, ForexClear, a subsidiary of London-based clearing house LCH, has the lion’s share of central clearing of NDFs. It has seen its daily notional volume exceed $50bn with activity increasing steadily in the run-up to the US and Japan implementing their respective uncleared margin rules. The group started a client clearing service in the US in 2013 and last year extended the offering to European accounts with Societe Generale as well as HSBC and Standard Chartered Bank as the connecting brokers.

Overall NDFs have experienced impressive growth with the Bank for International Settlements 2016 Triennial Survey showing that global NDF turnover rose 5.3% to $134bn in April 2016 from the same month in 2013, although it still accounts for a small portion – 2.6% – of overall FX trading.

The next item on LCH.Clearnet’s priority list is to expand central clearing to FX options, which would be a watershed moment for the industry because it has not been an easy task to develop an appropriate clearing mechanism for deliverable FX instruments. This is because unlike NDFs, interest rate swaps and credit default swaps, FX options, swaps and forwards tend to be physically settled, which means any clearing model must deal with the liquidity shortfall in the event of a member default.

These obstacles were highlighted by the international principles for financial market infrastructures (PFMIs), finalized in 2012 by the Committee on Payment and Settlement Systems, as it was then known, and the International Organisation of Securities Commissions (IOSCO). It said that CCPs must ensure clear and certain ﬁnal settlement, which would require them to have large volumes of liquid assets on hand in case of a default.

This led to an extensive study undertaken by the global FX division of the Global Financial Markets Association (GFMA) which concluded that CCPs would have to be able to manage a same-day liquidity shortfall of $161bn, on a gross basis, across the 17 currencies settled by CLS at the time (it has since added the Hungarian forint).

Following a detailed analysis led by the GFMA, as well as conversations with market participants and central bankers, LCH.Clearnet partnered with CLS last year to develop a clearing platform for FX options. CLS decided that the most effective solution was to create a new settlement session for LCH to settle its cleared FX options activity separately from the core system.

Although the service was due to be launched in 2016, Paddy Boyle, the new head of FX product at LCH’s ForexClear and a veteran in the industry, has said that the clearing of foreign exchange options remains a strategic priority for the company and the service should come to market next year.

Looking ahead, it is crystal clear that economic forces will drive the bulk of in-scope FX flow – NDFs and options – to reside within a CCP environment well before the regulators mandate it. The costs are too high to be ignored and while it may take longer than expected, central clearing of options will be a reality. These growing pressures will also force large asset managers, who until now have been absent, to join the fray. They are likely to start with small trades to ensure the plumbing is in good working order before embracing full-scale NDF clearing.

As in many industries, innovation will be the name of the game and both LCH.Clearnet and the CME will have to continue to invest in new trade structures and clearing solutions to ensure that they keep their competitive edges sharpened in the ongoing evolution of currency clearing.