A TIME TO ACT, NOT OVER-REACT. 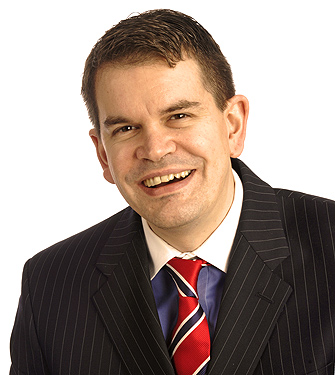 Dr John Bates, Member of the Executive Board & Chief Marketing and Strategy Officer at Software AG, spoke to Roger Aitken about the issues around the recent FX rate-rigging saga.

Given the sheer size of the global FX market, which according to a recent Bank for International Settlements’ Triennial Survey (Sept 2013) put average daily FX spot trading volumes at $5.3 trillion, would you agree or disagree that it would take collusion of an inordinate magnitude – as some suggested prior the regulators’ fines on a group of major banks – for a strategy of fixing rates to work reliably and consecutively?

I would strongly disagree. Where the FX markets differ is firstly the degree of control that a relatively small number of dealers can have over a huge liquidity pool and, secondly the level of influence – and therefore profit – to be made from very small movements.

With regard to control, collusion between a small group of banks – who between them command a very large market share – can skew a market, whatever its size. Where FX differs from, say, equities is that a dozen or so very big banks control the same market share in FX that many times that number control in the equities space. So it’s not about market size, but rather about a share of that market concentrated in the hands of a few large players.

In terms of influence, much rides on the FX fixes. Take the 4pm fix, for example, it’s not about the profit from manipulating the price up or down, but the profit from the countless derivative instruments, structured products and so on that depend on the fix.

This means that a small movement in FX markets can have a huge impact when we look at the total effect on related instruments. It’s one of the harder areas to monitor using electronic tools and distinguishes FX from exchange-traded equities and futures markets, placing new requirements on surveillance technologies, processes and practices.

And, even if fundamental behaviours indicative of FX rate fixing are relatively new to vendors and compliance teams alike, the mantra for market surveillance is that if behaviours manifest themselves in trading activity, then appropriate technology can be applied to spot those behaviours. The evidence is in the data.

Cutting-edge technology certainly exists for banks and brokers to deploy within their institutions as well as the regulators, but isn’t technology just one part of the puzzle and it also requires people and processes to link the dots, spot abuse and actually report it?

As vendors, we have been working in this space for more than a decade helping banks price and stream more competitive spreads in realtime, as well as helping their clients aggregate liquidity and intelligently route orders to the best prices.

As margins have narrowed and impacted the traditional way intermediaries like banks and brokers make their money, it’s not surprising in some ways that strategies for protecting commissions and profit have been employed by some market participants. This inherent conflict of interest – where those charged with acting in the best interests of their clients are also the ones (individuals and institutions) that stand to benefit directly from doing the opposite – is fundamentally at the heart of the matter. Technology can certainly help detect and prevent abusive trading patterns, but the agency/principal model on which the industry is built means temptation will always be there.

Multi-asset and crossasset class surveillance is a necessity. It’s simply no longer cost-effective to view trade surveillance technologies as being siloed by asset classes and firms are increasingly viewing surveillance and compliance as a horizontal capability across the firm. Moreover, as we’ve already seen, more sophisticated forms of abuse involve activity in more than one instrument, such as the Singapore NDF/Spot manipulation and similar things in other derivatives markets. So, unless firms consider surveillance holistically they will be left exposed as well as out of pocket.

As to whether firms are doing enough, I suspect not. It’s critical for firms to get ahead of the regulator. Simply waiting for the next crisis and reacting accordingly is a recipe for spiralling costs and reputational disaster. A consequence of this is that firms are increasingly investing in more open platforms with more flexible data models and integration possibilities across the business, to allow new monitoring strategies to be deployed quickly.

With the FX market being a largely unregulated market – especially for spot FX that trades OTC – and the fact that a number of instruments fall outside the scope of regulation, do the different regulatory authorities around the world need to collaborate and co-operate more to combat abuse – in pursuit of a more harmonised and common regulatory framework?

Regulatory compliance is not about voluntary participation, so firms have no choice. Of course, in FX specific regulation has been light-touch or nonexistent, but broader legal frameworks such as anti-trust or anti-competitiveness rules are certainly relevant to FX today. Hence the focus by regulators on allegations of trader collusion.

I do not believe that lack of co-ordinated regulation should be set up as a scapegoat. That said, there is a lot of new regulatory activity on its way and, like many in the industry, I can see political attention in legislative form focused more closely on FX in the near future, especially now that MiFID is out of the way.

In relation to FX benchmarking processes do you think there is a need to improve them and possibly widen the number of benchmarks and the ‘fix’ time window, rather than seeing a regulatory backlash that could result in increased costs and lower liquidity or lead to the FX fix no longer being provided?

Revamping the FX rate mechanism, LIBOR and other features of market structure susceptible to manipulation is certainly preferable to yet even more regulation. However, capital markets are aggressive, highly profit-driven and, as a result, not known for their restraint. It might be good to think that the industry could pre-emptively and proactively change to a sounder moral footing, but history would indicate that scandal followed by public and political backlash followed by over-regulation is a more likely future scenario.