NO TIME TO LOSE.

What can we know for certain regarding the market effect of MiFID II, and the specific impact for evidencing best execution for FX products asks Dr Anthony Kirby, Chair of MiFID BEWG. 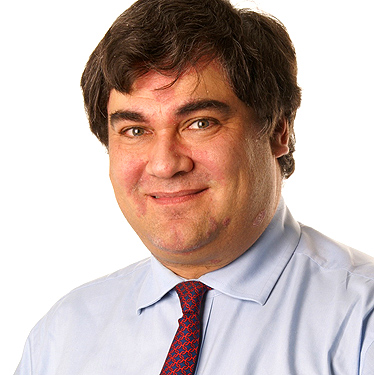 At the time of writing, the publication of MiFID II in Level I text form is expected to be issued during Spring 2014, with MiFID II slated as taking effect during Q2 of 2016 at the earliest. The timing is designed to coincide with the implementation of accompanying measures such as revisions to the Market Abuse Regulation (MAR/MAD II) and also changes to clearing and reporting of OTC derivatives transactions (including Foreign Exchange or FX Swaps and Forwards) under EMIR.

When it comes to FX transactions, banks carry the largest market share by way of provision, and FX spot markets have been regarded as transparent and fluid for many a year, warranting what some consider to be lighter-touch regulation. MiFID II will introduce a new fourth category of trading venue: the Organised Trading Facility (OTF) to cover the trading of quote-driven instruments such as fixed income and OTC-traded derivatives at the very least. The new category will accompany the existing three categories of provider, including existing MTF (multilateral trading facility) providers in the FX market such as FXAll and Currenex. How single- and multi-dealer platforms (which are the critical contributors to quote-driven FX trades) are likely to respond would be a matter for speculation depending on the ‘devil in the detail’ announced in the actual MiFID II, Level I text.

When it comes to best execution, it is expected that changes to market structure or trading practices would also imply changes to best execution policies and procedures. MiFID I featured an obligation on investment firms to ‘…take all reasonable steps to obtain, when executing orders, the best possible result for their clients taking into account price, costs, speed, likelihood of execution and settlement, size, nature or any other consideration relevant to the execution of the order’.

Furthermore, as far as FX was concerned, the scope of MiFID I extended to ancillary services and financial instruments.

The default position for many firms therefore has been that physically settled spot and “commercial” forward FX did not lie within the scope of MiFID.

Moving forward, this situation may be less clear-cut, partly given the cross-effects from regulations such as EMIR/Dodd Frank and partly due to the fall-out from manipulations in the FX markets during 2012-13. As far as European competent authorities are concerned, best execution policies cannot stand alone from product complexity classifications and suitability/ appropriateness clarifications. The obligation to apply best execution under MiFID II may be broadened to more types of FX instruments, but the challenge will be to apply the principles to FX or other quote-driven markets, and/or cases where prices are indicative, where price montages do not exist or pricing on ‘normal commercial terms available with regard for the broader market to ensure that execution results are transparent, fair and reasonable’.

As things stand, the price and depth of (executable) liquidity are the prime considerations for ‘best execution’ with speed a further consideration for FX algorithmic arbitrages. The access to primary and into secondary liquidity pools, and the depth of each, is of interest to the executing parties. In addition, the balance of ‘opportunistic’ liquidity vs ‘natural interest’ is of increasing importance to investors, under both ‘normal’ and ‘stressed’ market conditions. If evidencing to demanding end investors is required (such as sovereign wealth funds) firms will typically need to reach out for ‘best of 3’ quotes but this runs into issues for illiquid currency pairs (e.g. NDFs).

The challenges in doing this include the need to manage the timing and synchronicity of obtaining executable quotes (between single- and multi-dealer platforms) and the lack of market montages. Although audit trails are often used to provide evidence of execution and timings of the same, many firms will resort to screen prints in lieu of providing evidence of a market montage of prices. Market best practices featuring common rules, standards and cut-off criteria, spanning corporates, asset managers, broker/dealers and platform providers are sorely needed.

Even ‘best price’ can be more than what is suggested literally; it often translates into what is transparent, fair, reasonable and ‘evidence-able’, often with regard for the broader market. There are precedents whereby executions outside the normal trading price range for the day led to controversies with some asset servicers and some investment banks – a sensitivity to clients and competent authorities alike. Clearly, these are quality of service issues, with benchmarking, pricing tools and price aggregation all playing key roles – and therefore not simply a matter of regulatory compliance per se.

Moving forward, best practices behind best execution evidencing for FX instruments may therefore need to rely on more components than the traditional approaches used for cash equities under MiFID I. In the absence of prescriptive regulations, these must focus on the definition of best practices behind best execution evidencing and how these should be applied with regard to the complete FX ‘value chain’ (see Fig 1). Audit trails, single bank platforms, multi-bank (aggregation) platforms and increasingly OMS and transaction cost analysis (TCA) tools are all likely solution components, but so too are disclosures (e.g. platform rules concerning prioritisations, blocks, mark-ups and preferential rates). Front office controls and separations of duty are also critical considerations.

The FX industry has less time on its hands than it might think to develop transparent workable practices in advance of prescriptive or restrictive regulations. Some competent authorities are even pressing for a reversion to a model of trade-by-trade best execution and ‘express-consent’ approval in the meantime. In the absence of organised approaches to developed shared market practices to common issues, the risk is that FX processing becomes the Cinderella of transaction processing – with the loss of confidence and innovation opportunity. The converse is also true and it is up to the industry to decide how best to organise.

Swissquote Group is to acquire Keytrade Bank Luxembourg through its Luxembourg-based subsidiary for an...
Read more