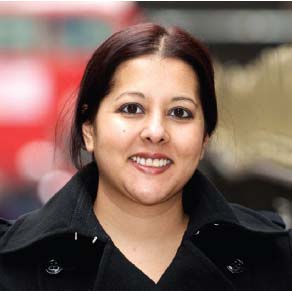 THE CHALLENGES VS THE OPPORTUNITIES OF FX REGULATION.

The very existence of an ever-more interconnected global economy is predicated upon the ability of economic actors (whether firms, governments or individuals) to access foreign currency, and to hedge currency risk. Consequently, the global FX market has historically been characterised by its liquidity, responsiveness, adaptability, transparency and resilience, despite, until recently, being subject to little or no regulatory oversight. The effects of the post-crisis avalanche of financial markets regulation, arguably, are not entirely positive for either FX market participants or end users. Regulations such as Dodd-Frank in the US, MiFID II and EMIR in the EU, the various reporting regimes and venue trading obligations of other G20 countries and the enhanced Basel III capital adequacy requirements are primarily aimed at addressing the very real issues of counterparty, market, liquidity and systemic risk in the credit and interest rate derivatives markets that led to the crisis in the first place. The application of these rules to FX derivatives, without full consideration of the implications and impacts to participants and market structures, has often been criticised due to the potential for a whole raft of unintended and undesirable consequences, to the particular disadvantage of end users.

Many entrepreneurial new companies and start-ups now expect that, if not from the outset then certainly at some point, they will conduct business on a cross-border and hence cross-currency basis. Accepting foreign currency payments, and hedging or managing the associated risk, is a basic expectation for these firms. In the EU, the introduction of the Payment Services Directive, which harmonised the European legal framework for payments, opened up new opportunities for competition and broke the grip previously held by banks, with their often-disproportionate FX and transfer fees. Competition between new ‘authorised payment institutions’ (APIs) helped drive down costs for customers and improve services. Furthermore, many of these newcomers were able to build or buy new infrastructure specifically tailored to their pared-down business models, reducing their operations and technology footprint and allowing them to profit further.

Regulators, in recognition of the vital role played by FX markets in the real economy, have traditionally steered clear of certain products such as FX forwards and swaps. A US Treasury exemption specifically excludes FX forwards from the scope of Dodd-Frank. In the UK, all FX trades having a settlement time of <T+7, and forwards deemed to be for ‘commercial purposes’ (a test whose criteria encompassed hedging activity) were excluded from the scope of MiFID I and EMIR. That is about to change significantly. MiFID II introduces a more stringent test whereby a forward transaction (defined as having a settlement time of >T+2, for the major currencies) must be entered into for the demonstrable purpose of effecting a payment for goods or services, in order to be excluded from the regulatory scope. Anything falling outside the bounds of this test, including transactions entered into for hedging purposes, or those that cannot be tied to a known payment, will be subject to the full force of European regulatory requirements.

Another example is the introduction of more stringent margin and collateral requirements for uncleared derivatives. Due to the sheer volume and size of FX transactions, and the logistical complexities, they have typically not been mandated for clearing (with the exception of NDFs, which are mandated for clearing by Dodd-Frank, and may be voluntarily cleared in several other jurisdictions). However, margin requirements have been set by regulators globally with the intention of dissuading trading in uncleared derivatives, and pushing more of this trading activity onto clearinghouses. While some clearinghouses have already begun building out support for a wider scope of FX products, this benefits only those market participants that are able to use this to their advantage. The vast majority of end users in the FX markets are firms, often small-to-medium enterprises, that are unable to benefit from the reduced costs associated with clearing. Fortunately, the US regulators recognise this disparity and have exempted end users from margin requirements for uncleared derivatives. From the perspective of service providers, however, these clients may increasingly be viewed as more expensive to deal with, requiring a higher and more expensive degree of operational support in an environment that is increasingly geared towards light-touch trading and straight-through processing of trades.

Then there is the sheer regulatory burden faced by both incumbents and newcomers to the FX markets. Regulatory requirements around organisational arrangements, monitoring, record-keeping, client assessments and disclosures are onerous and expensive to implement. Smaller incumbents, such as brokers, that often aim their services at an end-user market, may find their profits squeezed and may even be forced out of the market due to the high cost of implementing and demonstrating compliance. For newcomers, the barriers to entry are higher than ever. APIs, which have come to fill an increasingly vital role for firms in providing access to foreign currency and managing their FX risk, will have their role further restricted to FX spot transactions and payments to goods and services only, unless they wish to take on the considerable additional regulatory overhead of becoming authorised to provide services in FX forwards and other derivatives.

We can see that on one hand, changes to the FX markets regulatory regime may disproportionately disadvantage end users, leaving some potentially stranded without cost-effective means of hedging their risk. On the other hand, however, the same events could be seen as creating new opportunities that may ultimately benefit end users. A large part of the challenge to market incumbents in achieving regulatory compliance is their existing business and operational models. Changing these long-entrenched product offerings, systems and processes to work within an often directly conflicting regulatory environment is difficult. Building a new business model from scratch, with built-in regulatory compliance, is in comparison a significantly easier prospect. The UK’s government and regulatory support for the fintech sector has resulted in a flood of interest from investors, who scrutinise the business plans of aspirant start-ups more closely than ever – and this is no bad thing. New software-as-a-service technology offerings and cloud services also reduce start-up costs and create efficiencies for newcomers that are simply out of reach for the incumbents, with their great tangled sprawls of systems and infrastructure. Finally, the knock-on effect of genuinely disruptive technologies (such as blockchain, if it lives up to the promise and hype), will enable savvy entrants to provide offerings light years ahead of anything that can be envisaged by a firm still thinking in terms of a traditional market structure.