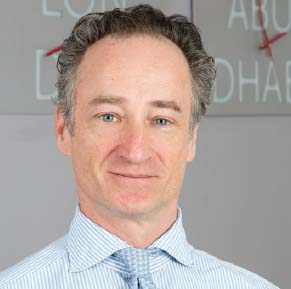 IN TIMES OF UNCERTAINTY.

Best Execution spoke to Marco Baggioli, Executive Managing Director & Head of Global Brokerage, at ADS Securities about geopolitical turbulence and its impact on the FX industry

2016 has proven to be a tumultuous year, what were the key events in your business?

It seems fair to say that 2016 will be remembered as a year of great political evolution. Back in June, the United Kingdom took the unprecedented – and unexpected – decision to turn its back on the European Union, then less than six months later, the American electorate decided it was their turn to break with convention and voted for a celebrity businessman – Donald Trump – to be their next President.

In the wake of both events market volatility has risen sharply, but is this just short-term?

Yes, markets have reacted notably to both these events, but it is important to look beyond the haze of short-term volatility and gain a better understanding as to how the actual market infrastructure will be impacted by these significant changes.

Critically it is the prospect of a more accommodative regulatory approach for institutions that is driving so much of the confidence.

In the wake of the US Presidential election, financial stocks have been charging higher but it’s not just the idea that increased interest rates will make for more profitable business that’s responsible here. Donald Trump has already made it clear that he wants to overhaul the Dodd-Frank act, a policy that has served to significantly constrain the activities of leveraged trading operations in the US and increased the cost of staying in business across the global financial industry.

On top of this, as the rump of Europe appears to be looking at an ever more onerous regulatory structure, including the possible advent of a transaction or Tobin tax, the UK’s ability to divorce itself from left-leaning policies being implemented across the rest of the continent can only help fuel institutional trading volumes in London – and indeed the success of brokers.

So you see positives for the market, and for London in particular, but what needs to happen for this to pan out?

As well as bolstering the range of services that can be offered – and in turn the profitability of the brokerage community – the political shake-up has the potential to unwind some of the recent policy reforms that market leaders are now saying serve to exacerbate price movements in the so-called flash crashes. A wariness for market participants to get involved in fast moving markets – largely because they feel overburdened by regulatory risk – is taking great swathes of volume out of the equation.

Has regulation had a negative impact on the market in other ways?

The deterioration of liquidity has already been highlighted by leading industry surveys from the Bank of International Settlements, but regardless of this, there has been no shortage of remorse over some of the big jumps we’ve seen, especially in forex markets, throughout 2016. Granted, in the wake of the unexpected move by the Swiss National Bank (SNB) in January 2015, brokers are getting better at managing the risk, but it appears that regulators have simply chased liquidity out of the market.

What impact will the Italian referendum and upcoming elections in France and Germany have on the markets?

We are seeing an unprecedented level of political event risk over the next 12 months, particularly given the elections taking place right across Europe. However, unlike ‘black swan’ events in recent history – for example the SNB removal of the CHF peg against the Euro or the GBP flash crash in October 2016 – we have the benefit of knowing when to expect volatility. Like many other brokers, this allows us to work with our counterparties to try and ensure there is always liquidity, as well as proactively advise our clients of the specific risks. Yes, we may see some whip-saw price action in the market, but we can generally anticipate when this will happen.

What impact do you think the divergence in interest rate policy between the US and Europe will have?

The obvious reaction here is to say that it will drive EUR/USD towards parity, but this ignores two potential factors. Firstly, is the inflationary threat in the US as great as some make out or will the Fed be left with a dovish take on matters in 2017 as well? Yes, President-elect Donald Trump made some bold claims during his election campaign, but these will need to be delivered against and we have already seen downward pressure on US wages in the November readings. Secondly, if Europe is experiencing low – or no – inflation, this will better preserve the value of Euro-denominated assets versus their dollar counterparts. There is scope to say that without further fractures appearing in the Eurozone, parity may be harder to reach than some would suggest.

What strategies should investors adopt to navigate these markets?

Although we have this well-defined timeline of European political event risk which may lead to bouts of short term volatility, the outcomes for markets are harder to call. As such it could be argued that Euro crosses are worth avoiding and instead, longer term trades like USD/JPY make for the better plays. For those trading shorter term, they should be mindful of the volatility and the impact any short term spikes could have. They should ensure that they have sufficient funds on account to avoid any margin calls, and also think carefully about how close in stops and limits are placed around these events. Reducing their positions and moving the stop or limit out can be a good way of managing exposure.

What does the future hold?

Perhaps rather unexpectedly, we now stand on the cusp of a renaissance for the forex market, and if delivered correctly it has the potential to benefit retail investors, institutions, brokerages and central banks alike. Change should be considered an absolute opportunity for the sector to embrace – not a threat.