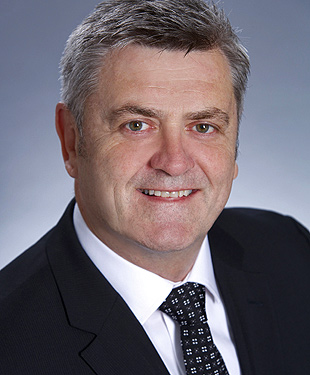 WHO HAS THE FX TECHNOLOGY BATON?

Five years ago any self-respecting FX technology developer was sat behind a desk at one of the main banks. They had the budgets, were making the investments and led development. Any independent tech company knocking on the door of these institutions, selling their latest upgrades, stood little chance. But by 2014 the landscape had changed and now it is the banks that are standing outside the doors of the independent technology companies.

In just five years we have seen a full technology cycle take place, and I predict that FX solutions in 2015 will be developed and delivered by independent vendors or technology companies often linked to brokerages.

Back in 2009 some technology vendors started to offer html front end solutions with full web-based trading rather than the heavy client downloaded systems, and for a few banks this new approach was interesting. But no bank would have looked at any changes to their backend technology. These were always seen as central to the way the bank operated, and closely integrated with the core systems.

The introduction of MiFID, especially around ‘Best Execution’ and the need for Smart Order Routers (SORs), led to greatly increased technology costs for banks. These came along at the same time as a number of other regulatory issues and a drop in market volatility, closely followed by some high profile mergers and partnerships. This put all bank technology budgets under pressure. The focus of IT teams moved away from trading systems and onto the development of compliance solutions.

This opened up development work to a new breed of technology companies. A number of start-ups were created by ex-bank employees, the entrepreneurs who had previously shaped the FX thinking and strategies of global banking giants.

The FX technology ‘baton’ covering development, innovation and risk taking had started moving from the banks to the vendors. There had always been independent, nonbank, technology companies providing brokerages with front and back end systems and there was an opportunity for these companies to step-up, but in most cases this did not happened. The ‘new kids’ on the block, the start-ups, won the day.

These companies, often with around 10 to 15 employees tended to be more nimble and innovative, and have the skills and insight to see gaps and develop systems which brought genuine trading advantage. The tech they introduced, and are still developing, is high quality and is now being sold to even the biggest banks.

So what can be wrong with this? All is good? The banks have passed on the ‘baton’ and it has been picked up by independents and we move forward. But the issue for me is where do we go from here?

The new tech providers need to have the capacity and backing to be able to scale up.The FX technology baton is a heavy weight and these small firms, although they have the innovation, may not have the strength to carry it forward. As they sit in the meetings with the banks and see good profits coming their way I am sure that more than one CEO is looking at their exit strategy.

The industry cannot afford to have these new players subsumed into the old independent technology names. Clients would have moved from company A to company B. B becomes A, and they have to buy back the same technology again. In today’s market this will excite no-one. The thought of the independent tech companies being bought by their competitors or the banks is even less palatable.

For many people not having the big banks in this space is a major concern. These organisation were set-up to do the ‘heavy-lifting’, they had the capacity to deal with all eventualities.

Experience had shown them that you need to invest in all areas, from network engineers through to support teams, and this is just as important as having the best developers. If systems do go down, without the right people in place, it could take months for firms to redesign their architecture and get back online.

So where does this leave us? We are starting to see some of the banks who are still focusing on FX looking at new solutions. The rise in areas like secondary market liquidity means that they are even introducing connects to other liquidity providers. This would never have happened in the past. But, I would argue that even though they are looking at these options, deep down most banks have little appetite for FX risk. If they offer liquidity and then hedge this risk straight out to the market they are not creating a real price. It is therefore very unlikely that having passed on the technology development baton they will want to get back into this space. Their key people have left and they are still faced with other priorities.

I know I have painted a negative picture, but the market always finds a solution. The FX technology baton has been picked up and is being taken forward by a new type of trading firm or organisation, building on the work of the new start-ups.

The development role is now being undertaken by independent financial services companies, brokerages and vendors who have realised that the online trading space is an area to invest into. They are embracing new generation technology, often developed for equities and using it for forex trading. They are focused on latency, fast networks and sophisticated aggregation and making this work for clients.

These companies have the resources and are prepared to make the multi-million dollar investment required to develop new systems. They have benefited from the ‘talent’ which has left banks, and given them new roles, in fast moving entrepreneurial environments. I count my firm amongst this group.

They have also picked up on a key differentiator and USP, which is that platforms now need to be multi-asset. In banks technology was built in silos. Stacks owned by profit centres and aligned to separate budgets. The mythical trader who works across all asset-classes may not exist, but traders who focus, on, for example, the dollar and track its strength or weakness across FX, equities and commodities, and hedge with CFDs and fixed income are becoming an important target group. These traders want to trade on a collateralised basis across a single platform.

We have turned a full circle because it is now the banks who are knocking at the doors of these new technology companies, and asking about white-labelled and deep white-labelled solutions. They are finally feeling comfortable that outsourcing to the right company is a viable and realistic option. New generation technology has moved us forward and its continued development is very good news for the FX industry. The banks have passed on the FX technology baton and I am pleased to say I think it is in good hands.