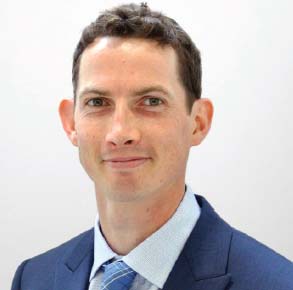 In October 2016, the UK Financial Conduct Authority (FCA) released the second draft of a consultation paper proposing a uniform methodology that all UK-based asset managers would be required to adhere to. The FCA proposals are important because they would require that asset managers compare the mid-market price of any security – including currencies trades – used to support portfolio investment activity with the execution price as a means of determining total transaction costs. Pensions funds would then be able to take an amalgamated version of this data and report it to their end-investors as a means of increasing the transparency of the costs associated with managing their retirement savings.

The FCA proposals run contrary to the laissez-faire approach to the development of transaction cost analysis (TCA) services in the EU contained within the second iteration of MiFID II – as well as within a number of other EU financial markets regulations – regarding the buyside industry’s utilisation of TCA data as a means of proving best execution on trades done on their behalf across a range of different asset classes. Specifically, under MiFID II, there is no prescribed methodology for how sellside brokers or third-party TCA providers are required to calculate total transaction costs.

Instead, the EU regulations assume that market demand and consensus would drive the development of TCA toolkits and uniform methodologies would then eventually emerge for best execution purposes to ensure that buyside firms can evaluate the performance of their brokers. MiFID II assumes that competitive pressure among buyside firms, especially among asset managers and institutional investors, would inevitably force the companies to congregate around sellside execution franchises offering the most cost-effective level of service.

Additionally, MiFID II and the other EU regulations assume that, in order to evaluate the performance of these execution franchises, buyside firms would then insist upon uniform broker-provided TCA methodologies that accurately reflect the costs incurred for each trade. As such, the FCA’s proposals uproot the EU’s assumptions regarding the development of TCA somewhat by proposing that fully comparable performance metrics for execution services must be available by January 2018, which is when MiFID II is set to enter into effect.

MiFID II does not mandate that sellside FX dealers prove spot FX best execution to their buyside clients. Instead, the regulations only mandate best execution reporting for FX derivatives such as options or non-deliverable forwards (NDFs). Nevertheless, GreySpark Partners has observed in recent years that a large number of asset managers and institutional investors are expecting that – in addition to providing best execution on equities and fixed income trades – investment banks would need to prove best execution on spot FX transactions done in the EU, and that doing so would de facto become a point of competitive differentiation between brokers competing for buyside client market share on a cross-asset basis.

Our observations are partially borne out of the fact that the long-standing differences between buyside spot FX market participants and their sellside brokers are rapidly diminishing. For example, the largest asset management firms began to develop in 2015 the same level of technological sophistication as their sellside counterparties to effectively aggregate spot FX liquidity.

In doing so, the buyside of the spot FX market could then begin to develop centralised trading desks designed to ensure that the currencies leg of every trade done across every other asset class would become efficiently processed into the marketplace as a means of controlling costs and retaining value for end-investors. In tandem, some banks also began to develop more sophisticated, hybrid agency-riskless principal trading models for spot FX flow internalisation and market-making as part of a long-running effort across the industry to mature so-called FICC business models.

MiFID II’s pre- and post-trade transparency requirements play an undeniable role in incentivising these types of structural changes within the spot FX marketplace. Take, for example, the entry of hedge fund XTX Markets into the top-10 of the Euromoney market share list in 2016 – not only does MiFID II’s mandates incentivise the buyside to compete more effectively with the sellside in spot FX pricing, it also incentivises some buyside models to pivot so that they can compete directly with banks for client market share.

Whether or not MiFID II is eventually amended by the European Commission to include spot FX as being in-scope for best execution reporting is a moot point. We anticipate that, regardless of a regulatory mandate, spot FX will – for all intents and purpose – be in-scope for trade and transaction reporting purposes for both the buyside and the sellside, and that any currencies trades that are done as the leg of a complimentary equities or fixed income trade will be one of the primary drivers behind industry attempts to scope-in spot FX as a form of informal best practice.

The FCA’s TCA methodology proposals released in October are simply another nail in the coffin of the inevitability of spot FX best execution reporting under MiFID II for the EU financial marketplace. However, industry best practices in this regard offer up a series of interesting benefits for the buyside of the spot FX market.

Specifically, we anticipate that the availability of spot FX best execution data will allow asset managers and their institutional investor or end-investor clients to highlight the variable performance of different sellside execution services. To that end, broker-provided TCA toolkits will be forced to compete more directly with one another for methodology transparency around a baseline of mid-point data, which would ideally be generated by neutral market participants such as benchmark provider NewChangeFX or by the plethora of dealer-to-client spot FX RFQ trading platforms.

Direct competition for TCA services should also organically drive down the costs associated with their provision over time, which are already reasonably minimal in terms of buyside spend. According to the FCA, asset managers in the UK as a whole will likely incur one-off costs of GBP 125,000 to buy or build the systems needed to provide pensions providers with TCA. Those costs then recur on a per annum basis at an estimated GBP 775,000, according the agency.

As of September 2015, there were 60 asset managers in the UK managing retail funds used to support defined contribution pensions schemes, and the top-10 largest of those firms manage 90% of all defined contribution assets. In 2016, the FCA estimated that asset managers purchasing a TCA system from a third-party provider would be required to pay around GBP 10,000 per year to the provider. Comparably, firms that have already built their own TCA systems in-house are likely paying around GBP 25,000 per year to maintain them, and firms that currently have no system in place but wish to build one in-house would likely require budget of GBP 75,000 per year to do so, according to the agency.