FX trading continued its upward trend, growing on a tri-annual basis, averaging $5.3 trillion per day in April 2013, up substantially from $4 trillion in April 2010 and $3.3 trillion in April 2007, according to the Bank for the International Settlement’s Triennial Survey. Figures from Aite Group shows that high frequency trading accounts for a significant chunk – over 40% of the total spot FX market and 55% of the market that is electronic. 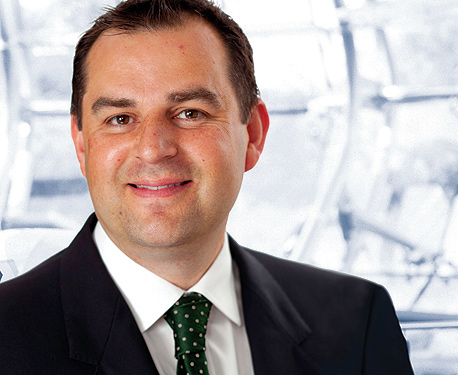 “Electronic trading in FX is maturing at great speed,” says Rob Lane, general manager for EMEA Trading Solutions at market data supplier Interactive Data. “There is a lot more interest around electronic trading in the FX area and the FX products, outside of spot, are starting to gain momentum as more participants come into the market. We are seeing a huge amount of investment within the banks on gaining access to and technology for the FX market, akin to the previous ‘arms race’ in the equities and futures and options sectors. The FX market is maturing as more firms are trading the asset class internationally and there is a growing shrewdness around how to generate alpha.” 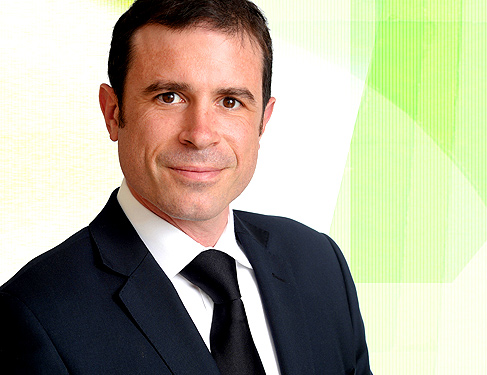 Fred Ponzo of capital markets consultancy GreySpark notes that as electronic trading matures, banks are using algorithms to protect liquidity on the interdealer market and increasingly providing algos to clients which are directed at best execution. “This is driven by demand. We see VWAP (volume weighted average price) trades and we are progressively seeing increasing numbers of algos being adapted for the FX market. It is still a few years behind equities. The other reason banks offer algos is that it is the only reason why clients are willing to pay a commission, where FX is largely a non-commission business, it is all about spreads.”

Conor Ringland, head of front office at Danish agency-broker Saxo Capital Markets adds, “Saxo’s business is 50% retail and 50% institutional, with the retail segment growing consistently with more sophistication towards FX in that segment. It is a race to produce efficient reliable fast technology and deep liquidity. The algo-based environment has been moderated by unpredictable volatility and liquidity in the market. Faced with those factors system boxes have tended to hiccup over the last few years. There is a bias to having much more manual oversight from our segment.” 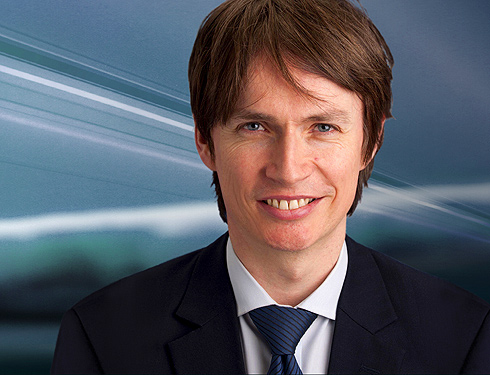 The majority of the market is still traded on voice, says Dave Fotheringhame, managing director, head of flow trading eFICC (electronic fixed income, currencies and commodities) at Barclays Capital, with about 15% of the buyside using algos to trade. “For electronic trading, buyside firms may have a single dealer platform (SDP), and there are multi-dealer platforms (MDPs) which are either third party technology vendors aggregating prices across multiple dealers or technology based matching venues like FXAll, 360T, Bloomberg, FX Connect, where clients of all sorts, corporates, asset managers, hedge funds, are able to see prices from multiple dealers to trade against. If they are trading electronically that is how they are doing it.”

Buyside firms are seeing an upside to the increased use of electronic trading. For example, AXA Investment Managers is taking more control over execution using a combination of the latest trading platforms and its own dealing system. It has typically routed FX trades from its order management system into the FXAll platform, using the system to take care of low value items. Year to date it has processed 79% of its FX trades by number of tickets, or 35% by value, while high value tickets are traded by voice. 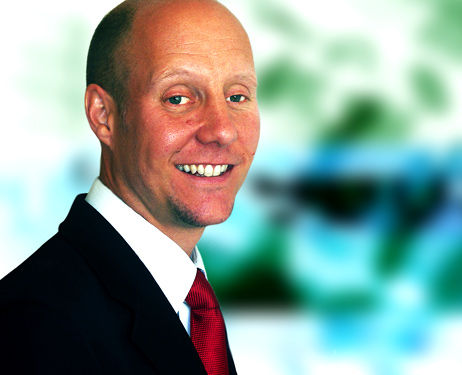 “This year we started to push FX through to our EMS,” says Paul Squires, head of trading, AXA Investment Managers. “Partly it is to facilitate streaming of prices in a consolidated format but it will also allow us to look at using algos. Finally the EMS provider, Tradingscreen runs TCA of our FX trades which will enhance our capability to benchmark our execution for clients.”

However there are concerns around the effect that trading technologies are having upon market orderliness and stability.

According to Fotheringhame: “One consequence of the high-frequency trading boom is that it has created an informational asymmetry. In most markets there are periods where there is an information asymmetry many times a second, where a few HFT market participants know things that others will know in a few milliseconds time but don’t yet. The economist George Akerlof showed that people trading at an informational disadvantage will choose to leave a market. That is what has happened in FX and the equity market. Volumes are sucked out into other places, either dark pools or other means of trading.”

However, there are advantages to including HFT as part of order flow, argues Ringland.

“From Saxo’s point of view our mandate is to drive price discovery, liquidity and transparency,” he says. “Volume and liquidity is important to us, so while we are not in the business of supporting high-frequency traders, we source liquidity from all of the tier one banks, so the general perception from our perspective would be positive because it adds liquidity and price discovery.” 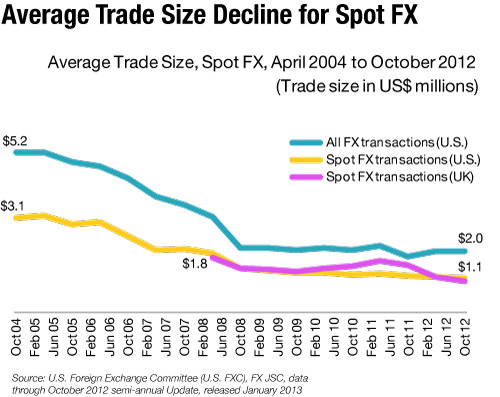 Nevertheless in the dealer-to-dealer (D2D) market this risk of being exposed to firms that have gained information ahead of other traders has dramatically shifted trading. Historically D2D venues, which allow connections between over-the-counter traders, were dominated by a duopoly of Reuters and EBS, with Reuters holding the trading for certain currency pairs and EBS holding trading in a different set. They allowed voice traders in banks to clear their risk electronically and replaced the voice broker market, however their dominance has waned with the rise of rival markets and HFT.o while we are not in the business of supporting high-frequency traders, we source liquidity from all of the tier one banks, so the general perception from our perspective would be positive because it adds liquidity and price discovery.”

Both EBS and Reuters provide anonymous trading, with deliberately anonymous pre-trade to prevent firms from knowing who they are going to trade with, and opacity around post-trade reports that makes them effectively post-trade anonymous. As a result they were more susceptible than other venues to HFT. Dealer to client (D2C) markets are typically transparent limiting the chances that a trader could become exposed to high-frequency flow.

Reflecting the rise of HFT trading, the average value of spot FX transactions over the last ten years has fallen from US$3.1m in 2004 to US$1.1m in 2013, according to Aite Group (see Fig 1).

Reacting against the threat of HFT, interdealer broker Tradition launched a new trading venue in April 2013 call ParFX that would be unusable by firms trading HFT strategies.

“Par FX excludes HFT trading practices by having a specific set of rules that makes it impossible to gain advantage from speed,” says Fotheringhame. “That had a large ripple effect on the existing players in the market. Other major FX venues have now copied or are considering copying one of the most fundamental features of the Par FX market which is the randomised order delay.”

Typically high-frequency trading strategies place huge numbers of orders and then cancel them en masse in microseconds, ostensibly to keep track of price movements, although some traders assert that this merely allows the HFT firm to identify how much liquidity there is at given price points and adjust their strategy to trade against other investors.

“[The delay] is simple to implement, but has a massive impact,” Fotheringhame says. “There is no point in shaving microseconds of time off your trading if you are subject to a random delay which is many times that duration. It creates a level playing field for market participants.”

Despite this pushback against HFT, innovation around faster trading speeds is still adding momentum to the FX markets maturity, according to Lane, suggesting the high-frequency proportion of the market may grow still further.

“There has been a huge amount of activity with firms accessing the liquidity sources including the major players such as EBS, Currenex, FXAll and Hotspot, as well as newer venues that have emerged such as LMAX. Co-location demand within data centres is also growing, as is Direct Market Access, and this is becoming more latency sensitive than ever before, hence the demand for these services, particularly in the Equinix data centres.”