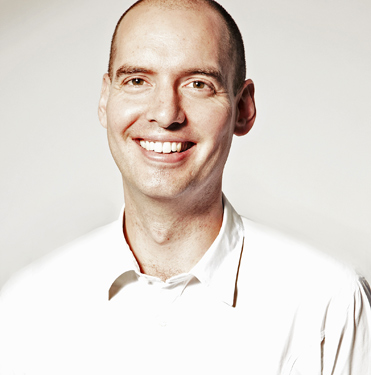 By Simon Hamblin, CEO of Netagio.

Over the past few years, bitcoin has generated a great deal of buzz. It has certainly come a long way since 2008 when the digital currency first made its debut, capturing the imagination of the retail investor. Institutions though have remained wary although this could change if regulation is introduced. Europe, UK and US policymakers are following different paths but I believe that new legislation is not needed. Rules can be devised that slot into existing legislation, but if the grip is too tight, Bitcoin will lose its innovative touch.

Bitcoin, in its nascent stages of development, has seen out 2013 as the ‘Year of Storage’ and 2014 as the ‘Year of Exchanges/ATMs’, whilst 2015 is predicted to be the ‘Year of Adoption and Regulation’. With prices in decline since the heady days of early 2014 and no sensationalist media headlines of late, the world of digital currencies finds itself in a strange standstill.

The lack of regulation is the big culprit. Rule-makers are trying to grapple with the workings of digital currencies, though legislation takes time to develop. In the meantime, large financial institutions are treating digital currencies with an extremely heavy dose of caution. Risk is the main reason since lack of regulation means that systemic risk regarding virtual currencies remains unquantified. Furthermore, the very nature of the decentralised infrastructure of digital currencies translates into a stack of challenges for the back-office. The self-clearing nature of cryptocurrencies, for example, means that there are no mechanisms in place for custody and clearing to process them.

Development is clearly the key, but only once the regulators have decided how to treat digital currencies can institutional investors build appropriate types of management infrastructures. The European Banking Authority (EBA) issued a statement in July 2014 warning financial institutions (and identifying 70 associated risks) from buying, holding or selling virtual currencies until legislation is in place. More positive noises have been heard from the UK with the Chancellor indicating he would like to see whether the UK could embrace innovation “to see whether we can make more use of them for the benefit of the UK economy.” The deadline for a Call for Information by the UK Treasury has passed with a statement expected in the Budget Speech next March.

The US is grappling with discussions ranging from the Financial Crimes Enforcement Network’s (FinCEN) money laundering and terrorist funding concerns and the Internal Revenue Service (IRS) treating Bitcoin as property for tax concerns, to the New York Department of Financial Services (NYDFS) concocting specific BitLicences. The NYDFS approach being contrary to what the other US departments are proposing, which is to integrate digital currencies into already existing legislation.

The thing to remember is that digital currencies are very much an internet-based business, and as such, borderless. It is only when the virtual currencies are exchanged into traditional fiat currencies that regulations can truly take hold. If the EBA’s proposed ‘Scheme Governance Authority’ were to be enforced (meaning a legal person would be responsible for the integrity of the scheme – diametrically opposed to the decentralised make-up of Bitcoin’s infrastructure), digital currency businesses would simply up sticks and move.

The UK Digital Currency Association is calling on the government to incorporate digital currency exchanges into the existing payment services laws, noting that if the UK Government were to be too heavy-handed, highly scalable digital currency businesses would simply move to Hong Kong or Singapore with their favourable tax laws, liberal economic agendas and HK’s current practice of regulating Exchanges under standard money remittance laws.

As the Bitcoin market develops we expect to see much more product innovation and transaction, and to this extent Bitcoin (XBT) could well be incorporated into FX markets. Pairs of USD:XBT, GBP:XBT, and CNY:XBT would be completely feasible and traded like any other currency based on the principles of supply and demand. Bitcoin businesses could even be expected to legitimately hold a business bank account (currently a tenuous issue). However, until regulators declare a position, the banks remain in a state of inertia.

Growing demand will pave the way towards development and product innovation, and with the likes of well-known entrepreneurs such as Peter Thiel, founder of PayPal, and Sir Richard Branson backing Bitcoin, it doesn’t look like digital currencies will be a passing fad. The regulatory stance of digital currencies needs to be ascertained by governments without delay. The only way this can be done is by incorporating them into existing, proportional laws, ensuring innovation is not snuffed out. Financial institutions will then be able to properly manage the risk of digital currencies, as well as work out back-office systems.

The prediction about 2015 being the ‘Year of Adoption and Regulation’ for digital currencies – and their potential role in FX trading – is entirely dependent on the regulators.