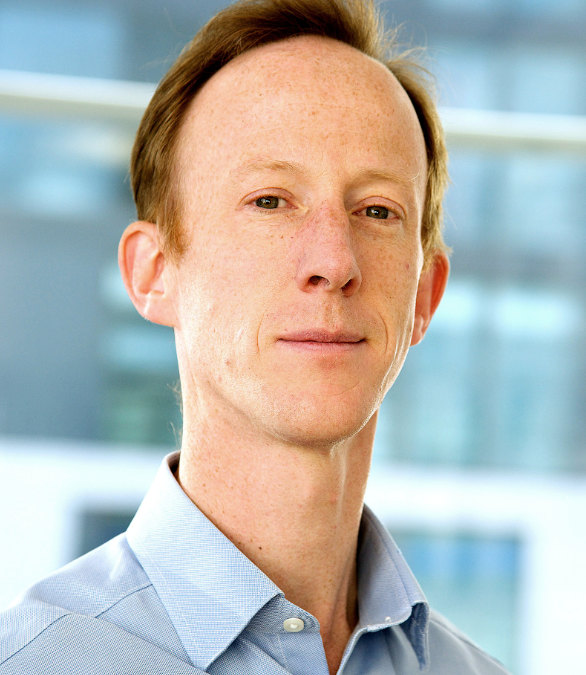 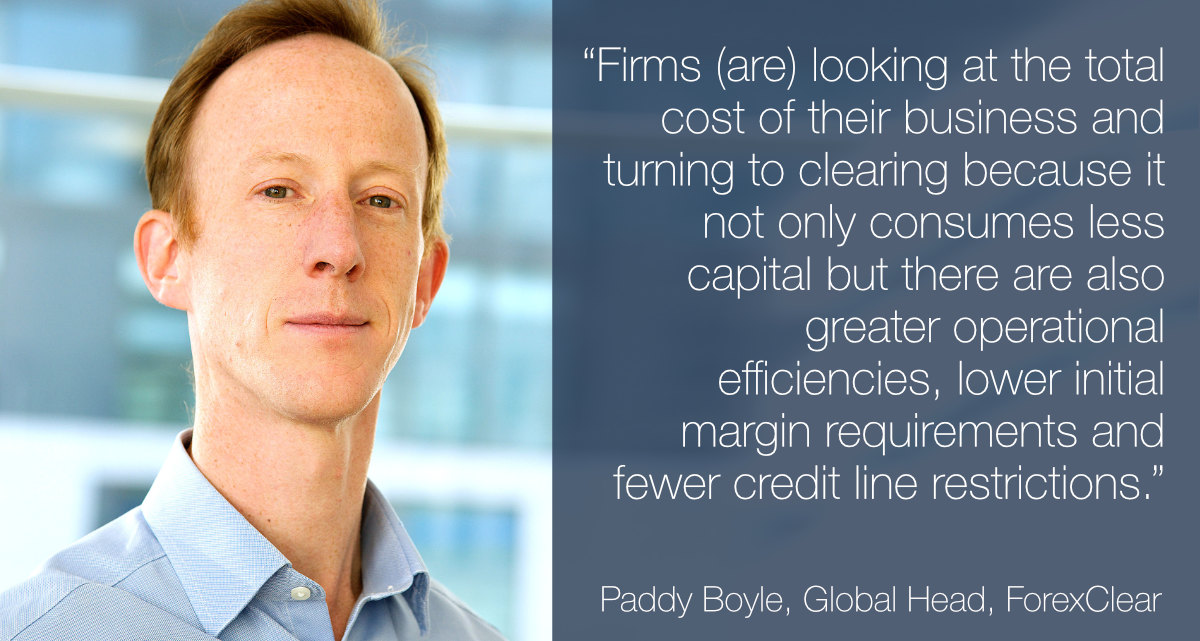 FORGING ITS OWN PATH.

Paddy Boyle is Global Head of ForexClear. Prior to joining LCH in 2016, he spent 16 years at Goldman Sachs as an FX Options trader, where he was a partner and global head of FX Options trading. Additionally, Boyle set up the FX CVA trading desk and was responsible for capital and margin strategy in Goldman’s FX business. He was a member of the Bank of England’s FX Joint Standing Committee from 2013 to early 2014. Boyle received his BA and master’s degrees in mathematics from Trinity College, University of Cambridge, in 1997.

What have been the biggest trends impacting FX trading in 2019?

On the geopolitical side, Brexit, the UK election, and the US/China trade wars have all had an impact on currency markets and volumes. From a trading perspective, one of the biggest trends has been the increased focus on best execution. Execution desks have become much more sophisticated and are using a wider array of tools, which are independent of liquidity providers, to look at the total cost of trading in greater detail. As for liquidity, banks continue to be more risk averse due to capital and credit constraints.

What have been the key technological trends?

For us, one of the biggest changes this year has been the link with State Street’s forex platform FX Connect in September which allows the buyside to clear trades in an effortless, seamless and efficient way. The platform allows for exception-based automated matching, trade and settlement confirmation, as well as third-party messaging. This reduces the operational burden which is among the biggest challenges to clearing FX. The link also comes at a time when there is an increased demand for clearing services due to the uncleared margin rule, coming into effect next year, for the largest asset managers or those who are clearing aggregate average notional amounts of Ä50 billion. We expect that a significant number of platforms will connect to FX Connect in the next 12 to 24 months.

How do you see the uncleared margin rules impacting the industry?

Firms will have to set up new accounts, calculate, agree and exchange initial margin with all their counterparties. The benefit of clearing is that it reduces the burden because firms are able to post less margin and this takes them out of the scope of the regulation. This is why we have, for example, seen an increase in funds, who have FX hedges, clearing non-deliverable forwards (NDFs, which are used to hedge or speculate against currencies when exchange controls make it difficult for foreigners to trade in the spot market directly).

How has the shift to clearing changed the market?

The move to NDF clearing in the FX market is not recent, but we have seen a dramatic increase over the past five years. It is tied to firms looking at the total cost of their business and turning to clearing because it not only consumes less capital but there are also greater operational efficiencies, lower initial margin requirements and fewer credit line restrictions. If you look at the OTC asset classes, there has been a significant increase in volumes to clearing and we are planning to extend ForexClear’s service to include non-deliverable options in 2020.

How has the development of FX clearing been different to other asset classes?

With every other asset class, clearing started out with the most liquid products and then gradually moved to the less liquid. For example, in derivatives it began with interest rate swaps before slowly adding overnight index swaps as well as those with longer tenors. It is the reverse for the FX market. Clearing began with NDFs, which only accounted for 2% to 3% – the smallest percentage of the overall FX volume at the time – and has since increased to 5% to 6%. Clearing has since moved onto FX deliverable options and then FX forwards. The reason that it happened this way is because deliverable FX deals with physical delivery and it is complicated to satisfy the requirements of the different users.

I see that you expanded LCH’s deliverable FX offering to include FX forwards? Why is that significant?

It was definitely a big move and it substantially broadened the proportion of the FX market which is able to be cleared. We had NDFs and then launched deliverable FX options clearing in 2018, and their spot and forward hedges in line with customer demand. The move incorporated the first physical settlement service for cleared FX products. The benefits are that the FX forward service enables us to bring greater margin and operational efficiencies to an even larger segment of the market. We are clearing FX forwards on the eight most traded currency pairs – Australian dollar/US dollar, Euro/US dollar, Sterling/US dollar, US dollar/Japanese yen, US dollar/Swiss franc, Euro/Swiss franc, Euro/Japanese yen and Euro/Sterling, with physical delivery.

Over time we would like to add more currencies on the deliverable side as well as expanding our non-deliverable service to offer options on emerging market currency pairs as well as tenors on existing G10 pairs. We are also focusing on onboarding new clients as they become covered by the next phases of the uncleared margin rules.