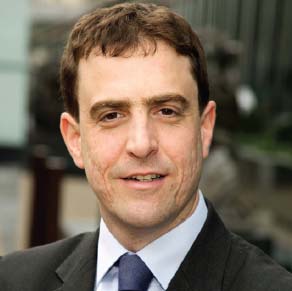 FROM REGULATORY CHANGES TO TECHNOLOGICAL PROCESS.

As part of the ‘Dealing Room of Tomorrow’ insight programme, HSBC Global Markets has put an emphasis on identifying and anticipating major market trends and disruptions that are impacting trading floors and investors’ businesses. From regulations, market conditions and technology developments, what are the key changes to expect in the FX market?

Post-crisis financial regulation has helped re-define markets in a more transparent and secure way. As an indirect consequence, it also contributed to re-shaping the trading business as we knew it. The Volcker Rule in the US is a prime example: it is designed to scale down proprietary trading at investment banks, and it has led a number of trading desks to spin out from banks, often in the form of hedge funds. As a result, banks are taking on far less trading risk, and this is partly causing liquidity issues in the FX market.

Other contributory factors that can also explain the reduced liquidity in the FX market include Basel III requirements. Basel III imposes higher capital requirements on banks, and this is having a similar impact as firms become increasingly risk averse, mindful of the implications that certain transactions, particularly uncleared OTC positions, can have on their balance sheet obligations. There is an already noticeable trend of declining volumes in the FX market (source: Euromoney FX survey 2016), and the capital requirements are one of the drivers behind the drop.

The migration of FX trading to swap execution facilities (SEFs) was also a key vector of change, initially causing market fragmentation due to the lack of standardised rules; for instance it temporally precipitated a return to FX voice trading in some segments of the market.

Mandatory centralised clearing is a key market reform outlined in the Dodd-Frank Wall Street Reform and Consumer Protection Act (Dodd-Frank) and the European Market Infrastructure Regulation (EMIR). Both require OTC instruments including interest rate swaps and credit derivatives to be cleared via a central counterparty clearing house (CCP) subject to initial and variation margin requirements. Transactions which are not centrally cleared will maintain the status quo and trade bilaterally, and this will include FX non-deliverable forwards. Despite the bilateral nature of these transactions, counterparties will be subject to newfound margin obligations, which could necessitate additional costs.

The Basel Committee of Banking Supervision (BCBS) and the International Organisation of Securities Commissions (IOSCO) are imposing stronger margin requirements on uncleared transactions, which will entail increased daily margin calls. This could create incentives for financial institutions (and some non-financials such as certain large corporates) with FX exposure to build processes to effectively manage the movement of their collateral.

Many believe these margin requirements for bilateral OTC trades could encourage financial institutions into clearing. This is particularly true of FX trading where many believe an evolutionary trend towards centralised clearing is inevitable as market participants become frustrated at the high costs of bilateral OTC transactions. However, the migration of FX to CCPs has been slower than expected, particularly for deliverable transactions where CCPs have found it difficult to design a service with the appropriate guarantees around FX settlement. In addition, different regulatory regimes across the US, Europe and Asia-Pacific have adopted varying approaches to the BCBS-IOSCO margining rules for uncleared derivatives.

On the reporting side, both EMIR and Dodd-Frank mandate that financial and non-financial derivative users report information on their transactions to trade repositories or swap data repositories as they are referred to in the US. This applies to FX transactions.

Again, differences between US and European regulators are noticeable. The U.S. Commodity Futures Trading Commission (CFTC) states that single sided reporting is acceptable. In other words, only one counterparty to a transaction is obliged to report. Most buy-side firms rely on bank counterparties to do this work. In Europe, EMIR mandates dual-sided reporting be implemented whereby both trading counterparties to an OTC transaction must supply the relevant data to trade repositories, which then make it accessible to the European Securities and Markets Authority (ESMA). Industry experts have pushed back urging regulators to reconsider a single sided reporting protocol.

Fragmentation driven by regulatory divergence could be a challenge for the FX market, cross-border by nature. Individual markets with multiple regulatory agencies are likely to struggle to adopt harmonised approaches to enforcement.

Some experts believe futurisation of the derivatives markets is likely to take off among users. A futurised swap has embedded characteristics of both an OTC and a listed contract. The main difference between a futurised swap and an OTC is that the latter is customised whereas the former is more standardised. However, achieving standardisation is not always a simple process, and this could limit the success of futurised derivative products.

The role of innovative technology, such as blockchain or artificial intelligence, could also play a role in the FX space. Blockchain has been identified as a potential solution for financial institutions’ regulatory reporting requirements, and it could be leveraged to enable trade reporting. Permissioned access would enable regulators to monitor reported transactions on a blockchain for systemic risks.

The reality is a bit more complex. Blockchain has a number of critics who question its scalability and the fragmented nature of its development. Others wonder if it will be able to work with legacy systems, some of which are 25+ years old and have been subjected to repeated upgrades and restructurings. The cost of implementing innovative technology such as blockchain should not be downplayed either by financial institutions. Problems could occur if blockchain is incorporated into the post-trade infrastructure – such as CCPs – but not integrated into the execution functionalities. It is important that different ecosystems of financial services can interoperate. As such, blockchain must be adapted or adaptable throughout the transaction life cycle.