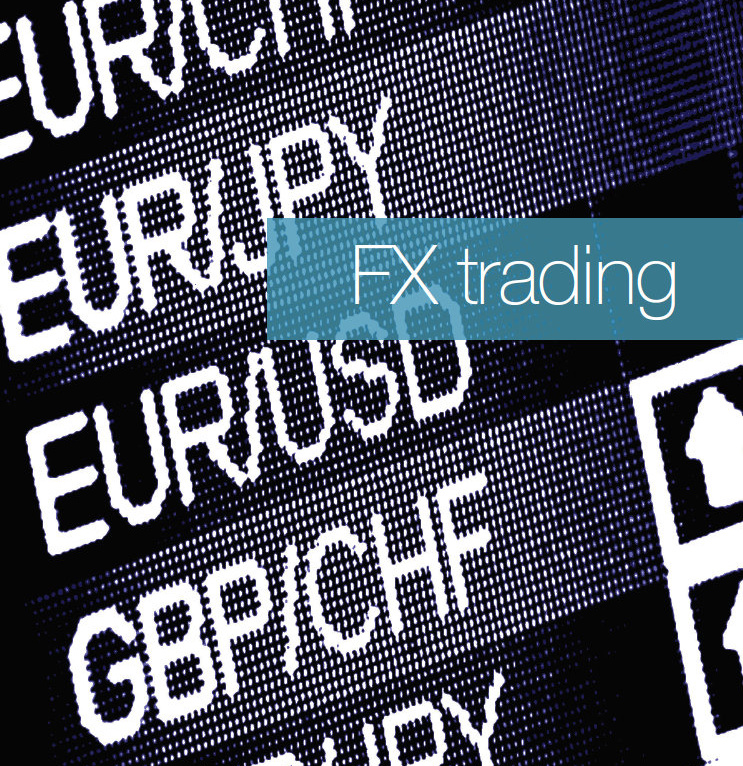 FX was criticised for being slow in its tech uptake but Covid-19 has forced the industry to up its game. Gill Wadsworth reports.

Post financial crisis the industry described every miserable working condition as the ‘new normal’. It would have to adapt to a world where interest rates were near zero, governments had to print money to keep economies from a continuous freefall, and certain reputations were forever tarnished.

Twelve years later and it is not just the financial industry that finds itself struggling to find a new normal. The true impact of the coronavirus pandemic on individuals, society, economies and politicians is yet to be seen, but what we do know is that the markets are decimated and a global recession is upon us.

Looking across this bleak landscape, it is clear that the financial landmarks traders and analysts once used to help navigate their way are – at least for the time being – far less reliable. Tried and trusted data points – GDP and PMI for example – take on all the useful attributes of a chocolate teapot.

Olivier Konzeoue, FX sales trader at Saxo Markets, says attention must switch to the political and fiscal action taken at national and international level. “The focus is instead going to be on the various exit strategies as well as the stimulus initiatives put in place by governments and central banks to counter the negative effect of coronavirus,” he says.

To be fair, traders have always looked at a dataset to guide them to best execution but with so much additional noise in the market and with much of that noise so unfamiliar, the financial sector will need a whole new way of sorting, sifting, analysing and applying data.

Rowland Park, founder and CEO of fintech Limeglass, says: “The FX markets are not immune to data but they need different data. Most of the data [used now] is retrospective and that’s no good. Looking at GDP for the first quarter is useless. Topical real time indicators are more important.”

For example he says traders and analysts are looking at sources including the Google mobility report, which charts movement trends over time by geography and use, which will likely influence government and economy policy.

Yousaf Hafeez, head of business development at BT Radianz, agrees, adding, “FX data remains a key asset for FX traders, with data appetite continuing to grow and more and more sources of data being accessed. What we see is traditional FX data being supplemented by different sources of data to help form trading decisions.”

The value of data

The importance for FX is, of course, the rapidity with which the data can be received and analysed, which makes smart data and artificial intelligence key for filtering out the intelligence from the babble. All rather fortuitous for those fintechs specialising in data management.

Jack Jeffery, chairmain of the board at Mosaic Smart Data, says that while the impact of Covid-19 is disastrous for many industries and sectors, fintech is not one of them. In fact, he believes that tech spend will advance more rapidly than ever following the outbreak.

“We will be more in demand [post-coronavirus]. People will see that the long-term benefits of investing in tech and streamlining their processes will be what differentiates them [from the competition]. In terms of customer activity [data management] is going to be more important in six months or a year’s time than it has ever been,” Jeffrey says.

Limeglass is one company likely to profit from such invigorated interest in tech since it focuses on condensing vast swathes of data into relevant and digestible formats. Park says the company can ‘atomise’ documents, which essentially translates to pulling the most relevant information from them and presenting it in neat paragraphs for FX traders to analyse.

“Each document contains loads of atoms,” he says. “We atomise information by taking PDFs and breaking them down into component parts. For example, if you are searching for ‘US monetary policy’, wouldn’t it be great if you could extract just the paragraphs that relate to that?”

Park adds that the system will also include synonyms for any searched terms; a useful addition for an industry jampacked with jargon and nuance: “It is getting harder to find the specific information you want, and we need to help save time and speed searches up,” he says.

“There is demand for this type of innovation and not just from the [financial] industry. We all need to learn how to react and work differently; we are not going to be working in the same way going forward.”

Yet before Covid-19 struck, there were those who argued the FX markets were making limited headway when it comes to implementing tech. The Bank for International Settlements (BIS) was just one institution that expressed disappointment with asset managers and banks for failing to adopt the FX Global Code. 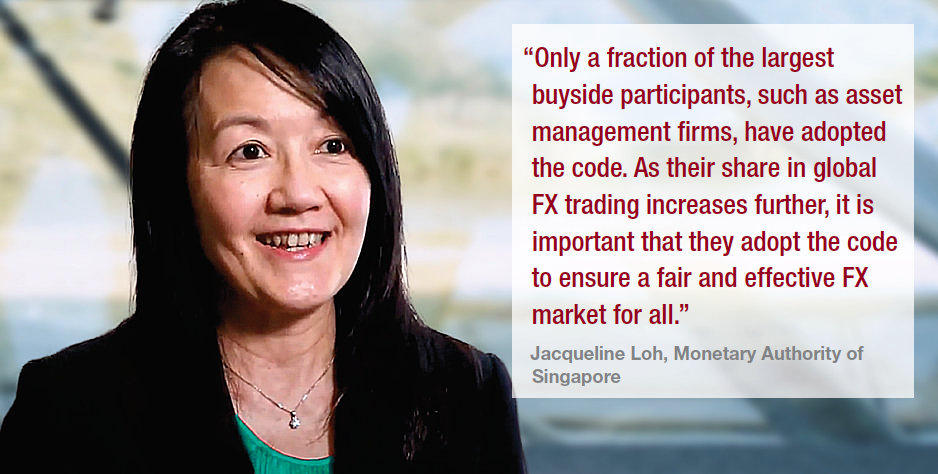 The FXGC was introduced in 2017 and while it imposed no legal requirements on the FX industry, it set out 55 best practice guidelines designed to improve market efficiency and fairness. Following the scheduled three-yearly review of the code, in January 2020 Jacqueline Loh, deputy managing director of the Monetary Authority of Singapore, warned participants to adopt the code or risk undermining the market.

In a letter written on behalf of BIS to Guy Debelle, chair of the Global Foreign Exchange Committee, Loh said: “Only a fraction of the largest buyside participants, such as asset management firms, have adopted the code. As their share in global FX trading increases further, it is important that they adopt the code to ensure a fair and effective FX market for all.”

In particular Loh said: “In addition, guidance relating to disclosures on algorithmic trading or aggregation services can also be enhanced in terms of their breadth, quality and consistency.”

In the months that followed – and particularly since coronavirus hit – there is evidence that participants have made greater use of the adaptive algos that make life easier for traders during choppy markets.

JP Morgan’s electronic trading desk, which trades $6.6trn a day and is therefore seen as an informal marker for the wider FX market, reported that over 60% of trades for ticket sizes of $10m plus were executed in March via algorithms compared with less than 50% a year ago.

Technology, then, has proved invaluable during a catastrophic second quarter this year, and has reinforced everything the code stood for: integrity and effective functioning of the wholesale foreign exchange market.

As the industry moves into the second half of the year, there is some hope for calmer times ahead but that will do little to help those individuals, companies and economies as they come to terms with the harm done by Covid-19. As organisations emerge from lockdown, they can start to assess just how important technology – or the lack of – was in insulating from the worst of the chaos. But whatever the outcome, it is now clear that smart data and the use of algorithms have never been more important for FX.