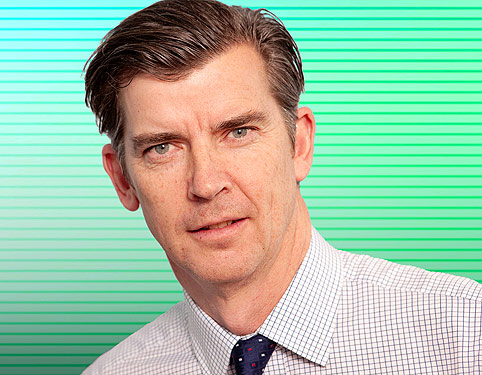 Attending the WBR Fixed Income Leaders conference in Barcelona in November there was a spirited attempt to discuss the implications of MiFID II, due to be implemented in January 2017. A survey of the top EU buyside firms before the event asked how the new market regulations would affect their businesses. 71% of respondents said ‘raising business costs’ is the main way in which new market regulation will affect their organisation. 68% said reduced market liquidity. On the positive side 40% mentioned improved transparency.

A leading global buyside head of trading said ‘regulation has so far failed to address the issues it had intended to address and has generated a series of undesirable side-effects, fragmentation of liquidity being undoubtedly the most evident one’.

Sadly there was no representative from the EU regulatory constituency, although I was informed that those who had been invited were unable to attend.

Fortunately there were more pressing issues to attend to over the two day proceedings such as liquidity in credit markets, transparency, best execution and TCA. Surprisingly though very little was said about the record Euro new issuance in 2014 exceeding that of the previous record in 2013, or the 8% returns on Euro investment grade bonds in 2014 or the dramatic growth of bond ETFs.

With the exception of one or two banks candidly promoting their enthusiasm for the agency broker model the sellside seemed somewhat subdued as they quietly go about further reducing headcount, targeting capital at specific sectors and clients and confronting the minefield of litigation and regulatory implementation.

Thebuyside, on the other hand, were more than willing to express their views on a wide variety of topics like liquidity, technology, SEFs and issue standardisation. The balance of power, and with it some assumption of systemic risk, has now firmly shifted their way. They are, after all, the owners of 99% of corporate bonds issued, 98% of which we heard trade less than once per day and in Europe 55% as little as once per year.

It quickly became clear that what liquidity there was existed in a bifurcated world, namely recent new issues and the go-go bonds of large issuers. Older, smaller and less frequently issued names are distinctly ‘buy and hold’ because all you can sensibly do is ‘buy and hold’ lest you incur pernicious costs in transferring risk.

Like water however, the fluid nature of investor liquidity means if it is prevented from reaching its’ target, some of it will naturally find new destinations. By that I mean ETFs. We probably could have had an entire conference focussed on this extraordinary derivative of OTC Fixed Income.

The same macro-economic forces that underpin the growth of the OTC market are present in the ETF market, except the market interface and structure lead to dramatically different outcomes. Let’s be clear from the outset, ETFs represent less than 1% of outstanding bond issuance, but the growth rate is dramatic and it may have something to do with how they trade. ETFs are based on a defined index of securities whose compilation is re-balanced periodically. Authorised Participants (APs) create and redeem ETF units in the funds’ primary market. Designated market makers provide liquidity in an order book on an exchange. A client wishing to buy a large block of an ETF can approach an AP, who buys the underlying bonds where possible and presents the basket to the ETF issuer to create the large block of ETF. The ETF issuer calculates the daily NAV of the fund using market levels in the underlying basket of the index. Otherwise volumes are traded on a fully transparent central limit order book on an exchange supported by liquidity from designated market makers.

This market structure would seem to offer the best of all worlds, especially when you add a menu of credit exposure from Investment Grade to High Yield to short and long term sovereign bonds to Emerging Market bonds. In the recent market schism in mid-October ETF volumes went up four to five times whereas underlying cash managed only 30%.

Although the overall market size is relatively small it is growing fast, by as much as $16bn so far this year, almost four times the amount of this time last year. It also meets the expectations of both investors and for once regulators, even MiFID II, in terms of transparency. “ETFs tend to introduce liquidity into the market and are particularly attractive to investors where bonds are less frequently traded,” said Peter Sleep, London-based senior money manager at Seven Investment Management LLP, which manages more than $10 billion. “They offer much greater transparency than is available in the bond market and shine a spotlight on the pricing of bonds.” I did not hear that combination of words very often in Barcelona, in fact not at all.

On balance I would observe that parts of the fixed income market are in rude health. New issuance driven by insatiable demand from central bank zero interest rate policy provides an ideal platform for healthy sellside DCM fees, low cost of capital for industry and stellar returns for the buyside and their customers.

The once dominant sellside trading and sales, engine of profitability as long as anyone can remember, is still in intensive care, but maybe there is hope from an unexpected quarter. The unassuming world of agency brokers is enjoying a consistent upturn in volumes, profits, clients and products. As a rule the agency brokers are not evident at conferences, but they are very well known to both buyside and sellside as efficient and discrete executors of significant volumes in difficult securities. They normally lack a global footprint and tend to specialise in specific sectors. They spend as little as possible on technology and constantly keep costs pared to a minimum.

In spite of the lack of a consensus in Barcelona I think 2015 will see a new phase of evolution in fixed income market infrastructure. A casual observer would most probably remark that the answer is already out there. Here is the thing though, it may not be one single platform. It may actually be a combination of existing and new platforms acting as a seamless suite of solutions covering the potential life cycle of any bond order.

*Paul Reynolds is CEO of Bondcube