The Financial Stability Board’s (FSB) progress report to the G20 on Libor transition, is urging financial authorities to set global consistent milestones that will accelerate the transition.

According to the international body, ““Financial and non-financial institutions need to accelerate adoption of robust benchmark rates in new contracts, as well as active conversion of legacy Libor-referencing contracts to directly reference risk-free rates and/or insert robust fallback language.”

Many Libor panel will no longer operate from the end of 2021, with some US dollar settings being retained until June 2023 to enable an efficient wind down of legacy contracts.

The FSB has regularly highlighted the decline in liquidity in interbank unsecured funding markets, which provide the foundation for interbank borrowing rate (IBOR) benchmarks, since the 2008 financial crisis.

“Published data show that Libor rates are largely reliant on judgement-based submissions rather than on market transitions, demonstrating that interbank unsecured funding markets are an unsustainable reference source,” says the FSB.

During the past few years, market participants have set in place mechanisms to employ compounded risk-free rates in derivatives markets, where 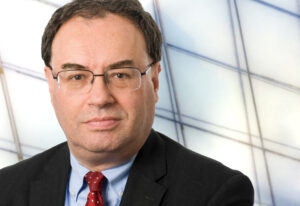 use of reference free rates (RFRs) was already widely established, but also in cash markets, says the report.

Against this background, it finds that loan markets remain an area of significant concern, with new lending still taking place that is referenced to Libor.

With the end of 2021 fast approaching, the FSB encourages market participants to act immediately to fulfil the steps to transition laid down in its Global Transition Roadmap, which it has recently updated.

It said that supervisory authorities should step up their efforts for active and adequate communication to increase awareness of the scope and urgency of relevant IBOR transitions for all clients.

It added, “through its Regional Consultative Groups, the FSB will support the transition process in emerging markets, where it found that “engagement with financial institutions on transition planning is generally lagging”.

Bank of England governor Andrew Bailey, who is co-chair of the FSB Official Sector Steering Group, says, “We are now in the final chapter in the global process to transition markets from Libor rates. Basing reference rates on insufficiently active markets creates a fundamental weakness and transition from Libor needs to focus on addressing this.”

He adds, “Using robust overnight risk-free rates that are based on large flows of actual transactions will help to create a more resilient and transparent financial system.”

He says. “In these final months until [cessation of] Libor, remember we never want to repeat this transition again.”