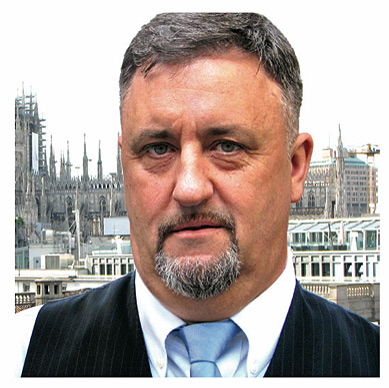 In Italy the e-trading of bonds has a history of more than a decade, but is still quite new to the rest of Europe. Best Execution speaks to Gherardo Lenti Capoduri, Head of Banca IMI’s Market Hub, to find out about the implementation of MiFID II from the Italian perspective.

How would you characterise the buyside response to MiFID II’s transparency obligation?

MiFID II is casting its net much further than its predecessor, reaching beyond equities to a wider set of asset classes including fixed income and over-the-counter derivatives. We have observed a shift in the industry over the last two years; from resistance to the regulatory proposals, to increased buyside attention and the creation of communities to discuss the MiFID II proposals; then more recently to propose and support innovative solutions, which in some cases are being rolled out.

Since the introduction of MiFID in 2007, not every client has taken advantage of the implementation of the reform as announced, and not every European country has adopted MiFID in the same way. New regulations like Basel III, Dodd-Frank and MiFID II reach across the board and limit the liquidity of the markets. The buyside is concerned that as bank capital rules and structural reform increase the cost for banks to warehouse risk on their balance sheets, market making will become increasingly unattractive.

How has the dialogue between clients and sellside firms changed as a result?

I do not believe in a real ‘equitisation’ of fixed income markets. However, we are entering a new world. Due to the enormous number of bond issues and strict capital requirements, we expect a movement on the sellside from purely proprietary trading models to a hybrid approach, with proprietary market making wedded to an agency model.

We expect a shift from global players towards regional players where, due to the intrinsic nature of fixed income markets, systematic internalisers (SIs) or a web of SIs will play a primary role.

Buyside firms are concerned over the progressive weakening of their sellside counterparties. The classic and central market trading model, characterised by customer/sales-trader workflow, is going to be reshaped. It will still play a central role but more weight will be placed on flow generation and third-party order execution.

As buyside firms hold most of the inventory, they are looking at new execution models and new ways to provide liquidity, through ‘indications of interest’, information aggregation and new market models such as the central limit order book.

What is the greatest risk that clients face under MiFID II?

In my opinion, there are two main risks: lack of liquidity and increased costs. The risks related to the wrong calibration of the transparency rules together with an increasingly fragmented market environment might affect fixed income market liquidity for some financial instruments and markets, and lower levels of order execution. More efficient intermediaries have tried to mitigate these issues by offering customers an integrated book with more than one level of prices according to the relevant trading venues during the pre-trade phase. Smart order routing systems can dynamically direct the order to the best venue according to MiFID criteria, properly weighted in the post-trade stage. One of the main problems is that market data sources throughout the trading cycle have become increasingly expensive and would benefit from a consolidated pan-European post-trade tape.

While MiFID offered flexibility in determining and establishing the main characteristics of their execution policy, MiFID II is more deterministic in terms of defining instruments’ liquidity definition, transparency rules and threshold concepts such as large-in-size orders. MiFID is concerned with the full process-based set of requirements (including market structure as well as investor protection) that might be implemented by investment firms and intermediaries to fulfil the new obligation of establishing all reasonable steps for achieving the best possible net results for the client, when executing orders.

Best execution systems will work if the pull in different liquidity providers and different markets models is aggregating rather than fragmenting liquidity. In our view, this approach is especially interesting for clients, especially if combined with the additional liquidity offered by the broker on its systematic internaliser.

To ensure they can limit that risk, what do you they need to do?

Intermediaries need to set up the proper execution policy for the best execution of clients’ orders. The flexibility to manage and compare the different types of orders, market models, settlement instructions and client classifications, introduced by MiFID and developed in MiFID II, together with strong control over the entire execution chain represents the real added value for customers.

Some intermediaries are developing smart order execution tools to take in – in the same execution policy – traditional markets and OTC and to compare different execution models – request for quote (RFQ), central limit order book (CLOB), voice and many others. Clients could access regulated markets and OTC liquidity through innovative solutions that are provided by the sellside.

The goal is to aggregate and normalise, as much as possible, these two very different sources of liquidity. Concepts such as large-in-scale orders and products such as ‘order sweeping’ from one execution venue to another are also being developed. A virtual book, composed of bids and offers, coming from different venues and market makers, would be the best instrument to consider.

Consistent with the idea that there will not be an execution model winner, Banca IMI has developed its RetLots Pit non-systematic internaliser solution that is already active and is moving forward in the direction of integrating OTCs versus traditional markets.

On the buyside roles are changing, with the execution desk evolving from a pure order-taking model to a value-driver model. Innovation is essential because managing complexity requires technological support.

Are there precedents for the incoming model that can provide guidance?

Italy implemented MiFID reforms in a strict way, particularly regarding the retail market structure. It anticipated the inclusion of non-equity instruments, which is now part of MiFID II. Italy’s Banca IMI runs Market HUB, its multi-asset electronic trading platform covering equities, fixed income, listed derivatives and FX. In the fixed income space, the bank offers a high-touch service as well as best execution, and access to over 20,000 bonds by connecting to trading venues, OTC liquidity providers and offering additional liquidity on Banca IMI’s systematic Internaliser, RetLots exchange. Any EU country where bonds were traditionally a favoured investment instrument for the private retail investor will likely be better equipped and set-up than others where equity instruments, for whatever reason, were or are the instrument of choice for individuals. It is not surprising that Italy can teach the rest of Europe some useful lessons and export solutions based upon its history. The difficulties come in convincing people less familiar that this is the case.

There are many different market protocols in the Italian bond market which show that the ‘one size fits all’ is the wrong approach. With threats come opportunities and there are lessons to be learnt from Italy’s various solutions including EuroMTS, BondVision, EuroTLX, MOT but also Banca IMI Market Hub, a true pioneer in this space. Some are applicable elsewhere in both rates and credit. An often forgotten factor behind the healthy liquidity of the Italian bond markets is the liquidity of its repo market, at least in the government bond space. Again participation goes beyond pure inter-dealer.

Can both sides work together in preparation for the new regime?

Yes, they should work together to create a better execution model solution for credit and for large orders particularly. The use of electronic trading venues is welcome and the automation of smaller trade sizes in liquid bonds helps to process trades and reduce operational risk, while helping to promote transparency. I don’t see that a shift to an equity exchange model will be the way forward for credit because of the sheer number of bonds issued, many of which trade infrequently, at wide bid-offer spreads and which are inherently illiquid. Some of the solutions that have been suggested and developed attempt to bring order-driven markets to fixed income but that just doesn’t work. These markets are not feasible without market makers, except possibly perhaps for the most liquid, shorter-dated and risk-free government bills and bonds.

A consolidation in the future of the many venues currently operating will be needed to support liquidity. What will change is the flow generation process. Regulation will force standardisation and this lends itself to the automation of processes which up until today have been labour intensive

What are the key stages that firms must be aware of looking ahead?

MiFID II’s formal approval process will not begin until later in 2015, so at the moment the implementation measures are still under analysis. By the end of 2015, EU legislation on MiFID II implementation measures will have been adopted, with the formal approval process in motion. They will be finalised in the summer of 2016 and on 3 January 2017, MiFID II rules come into effect for all investment firms.

The correct calibration of the criteria to separate liquid and illiquid bonds with a periodical review (two different methods are under evaluation); and the criteria for the pre- and post-trade transparency obligation will be a key factor for the future development of the fixed income market.