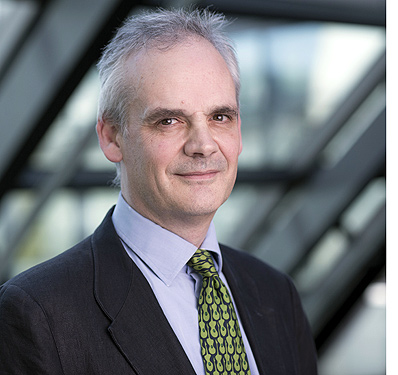 Bloomberg’s business manager, Alex Clode, explains how the challenges of designing an effective TCA tool for fixed income have finally been overcome and outlines the benefits to be gained from using TCA practices in other asset classes.

When Bloomberg surveyed the market early last year, 47% of traders, compliance and investment managers practiced TCA for equities, as opposed to a mere 5% for fixed income. Why has demand been slow to take off and what is driving growing interest?

The main problem has not been so much a lack of demand as a lack of supply. In fact the same poll showed over 38% were interested in Fixed Income TCA (as the next asset class other than equities, more than twice the amount of people interested in FX TCA (14%)). The lack of supply has been down to fact that it’s difficult to pull together all of the necessary pieces but a significant further acceleration in demand over the past year has meant that suppliers have had to respond. That growing interest has been driven mainly by an increase in regulatory scrutiny, opportunity and awareness of TCA.

While MiFID II hasn’t changed best execution requirements per se, regulators have expressed disappointment with what they see as substandard execution policies and review processes so greater scrutiny is almost certain. Regulators are also demanding greater post-trade transparency in non-Equity markets which should increase the supply and reliability of good pricing data on which TCA so crucially depends. Regulation and higher banking capital reserves are also driving more fixed income trading onto more formal electronic or other exchange-type platforms.

This fragmentation of fixed income trading across multiple trading methods and venues makes trading more complex. Suddenly the potential for trading expertise and process to raise or lower performance and rewards in fixed income, particularly given the size and volume of some of these deals, is looking immense.

But the big push for TCA for fixed income isn’t just coming from regulation. As trading desks and trading strategies become more integrated, practitioners, and especially equity traders who have already witnessed the impact of TCA on processes and cost, want those same analytical tools for examining other asset classes.

So how could TCA improve trading expertise and process in fixed income businesses?

What traders have learnt is that regardless of asset class by evaluating not single or specific trades but the entire trading process, you can identify trends or persistent behaviours that explain where and why performance is strong or weak and therefore where it might be able to be improved. By grouping trades together rigorously on an apples-for-apples basis at the right aggregate level, you can quantify and evaluate trades, and see, for example, which classes of security, region or order difficulty have been traded well or badly and the particular points on the curve where performance rises or dips. You can also spot the trades with dealers that cost more or when orders from particular portfolio managers present specific challenges.

It’s only by profiling all orders and grouping them together coherently that TCA helps you pinpoint where problems lie and then allows you to dig into the process to facilitate improvements.

What are the common mistakes people make when they introduce TCA?

The biggest pitfall is that data is aggregated at the wrong, usually too high a level. Say, for example, I want to compare the dealers I use. If I send all my easy-to-execute orders to one broker and the difficult ones to another then it doesn’t really help me to know that the performance and costs of the first one are more competitive than the second. I’m not comparing those brokers on an apples-to-apples basis. The vectors of how we group securities together and how we combine brokers, security type, currencies, maturity ratings and other proxies for ease or difficulty and liquidity, are important ways we break down and group orders to allow for meaningful comparisons. It is critical that data is normalised before use.

What advice would you give about selecting a good TCA tool for fixed income?

As well as being able to group trades using a variety of key vectors as discussed earlier, the quality of pricing sources used in TCA is critical in fixed income, especially since there are few volume-based analytics or benchmarks to rely on yet. The fixed income market is reliant on dealer-contributed pricing, but this is very diffuse with different brokers covering different fixed income classes and providing prices of different quality. As a result a credible Fixed Income TCA process needs to include a combination of contributor pricing, observed pricing and evaluated pricing.

The way we solve for contributor pricing is by using our Composite Bloomberg Bond Trader (CBBT) a composite price drawn from hundreds of different dealers. It provides the weighted average bid-and-ask price of contributions submitted by Bloomberg dealers, weighted heavily towards executable prices and actual trade data where available. The algorithm removes stale pricing and provides a comprehensive, credible and timely pricing source. For observed prices we use the client’s own RFQ data to identify, for example, the price and the broker with whom a trader executed a particular deal. As we also capture and store the quotes received from other brokers at the time, the data can show how closely those quotes matched the final execution price and provides a basis for calculating best and worst hit ratios. Finally, for evaluated prices, we use our proprietary BVAL price source. This uses three different methodologies to help evaluate pricing in cases where either the dealer-contributed pricing is very thin or securities trading is less active or liquid.

Apart from a set of defensible, accurate and relevant pricing sources, it helps if a TCA tool allow users to conduct analyses of different asset classes on the same platform and the user has absolute control of the data and a toolbox for answering the particular questions they want to answer.

What is the future for TCA beyond fixed income?

One of the main trends we have noticed is that there is an increasing interest from compliance in TCA tools for transaction surveillance. Compliance professionals are having to understand and improve the transaction process to become more alert to suspicious trading and can probe whether a spike in trading activity, for example, is indicative of, say, wash trades. This adds to the complexity of TCA, as we are introducing tools to not only benchmark trades, but also start to observe and quantify behavioural patterns. Regulators are also insisting institutions have more tools for spotting and reporting abuses and can demonstrate clearly that trading processes are properly monitored. Undoubtedly, there will also be a clamour for TCA for derivatives in the future, but that is some way down the track!