The bond market is a smoky mirror image of the equity market.  While stock trading has moved from central exchanges to thousands of venues, liquidity in bonds is coagulating very slowly into trading hubs, quite against the wishes of most brokers.  The problem is that sellside firms see the opacity of prices in the market as the key to its profitability.

Lee Williams, partner and head of trading at proprietary trading firm Bluefin Europe, says, “I think it will take a very long time [for the market to change]. There are some pretty stubborn people in there. For every new dealer that a platform adds, we will hear from two dealers who say they are pulling back. A lot of the dealers were used to being the best of three, then it was five, and now it is 48 they have no interest.”

The sellside may become more pliant as its profitability and participation are squeezed. Under Basel III capital adequacy rules, banks must hold capital to balance out the risks of their bond inventories and that simply makes many bonds too expensive to keep. In October 2007, primary brokers who traded with the US Federal Reserve held positions of US$235 bn in corporate bonds, their highest ever. That had fallen to $32 bn by 21 May 2014, according to the Fed’s own figures.

Additionally the Volcker Rule, part of wider US capital markets reform, bans banks from engaging in ‘risky’ proprietary trading or supporting other ‘risky’ traders at any significant scale. With banks unable to hold or trade bonds, an important source of liquidity has been removed for the buyside. Steady interest rates have contributed to quieter markets and brokers have seen revenues fall.

“This time around dealers need electronification as much as anyone else,” says Michael Chuang, CEO of iTB, a vendor offering trading access to multiple bond markets. “Their business models have had change forced upon them by regulators. They are more interested in a solution than ever before.”

Liquidity varies by bond type. US treasuries are so liquid they are traded by high-frequency trading (HFT) firms on the eSpeed market, owned by exchange operator NASDAQ OMX, and on BrokerTec which is part of interdealer broker ICAP. Treasuries are also used as collateral for derivatives trades, being both highly liquid and secure assets. Corporate and other government bonds are at the more illiquid end of the spectrum.

Unlike fickle, yet perpetually valuable equities, fixed income instruments generate a predictable, interest-rate-based return over a fixed period. Each new issuance creates an entirely new set of bonds, non-fungible with previous issuances. Combined with the enormous range of issuers, this makes their universe far more populous than that of stocks. The International Capital Markets Association (ICMA) estimated that as of 2013 there were approximately 6500 stocks and 40,000 corporate bonds issued in the US. By contrast the average daily number of trades for stocks in the country is 25.2 m and 40,280 for corporate bonds. That contrast of fragmentation and illiquidity of products makes matching buyers and sellers a harder task than it is for other instruments. 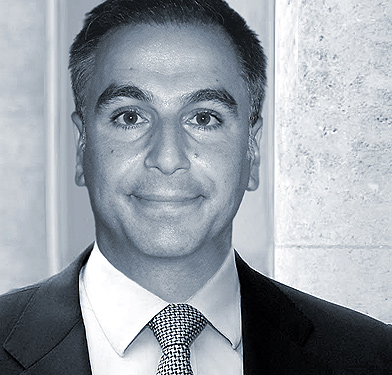 “The pattern of relative illiquidity has always been part of the corporate bond market, it has just gotten a lot worse because the amount of capital commitment, liquidity and transformation that is offered by the dealers is now a fraction of what it used to be,” says Constantinos Antoniades (left), chief executive of bond-trading platform Vega-Chi.

The desire of the buyside to achieve rapid price discovery and execution is being frustrated. Trading venues that help match up buyers and sellers provide one solution to illiquidity. Electronic trading of corporate bonds is dominated by three platforms; Bloomberg, MarketAxess and Tradeweb.

They each offer a request-for-quote model (RFQ) under which asset managers have to ask for prices, see what the brokers punt back and then try to execute on those prices. However brokers are often reluctant to support the model.

“I get the impression that dealers are not looking to make two-way prices,” says Williams. “A good gauge for me is if I send out a request list of five names with orders of US$0.5 m to US$1m each, I can reach many dealers on certain platforms. If I see just one or two responses, they are not sellers. That suggests people are not really making two-way markets; if it suits they show a price, if it doesn’t suit, they won’t.”

The three operators have also been criticised for sustaining the sellside to buyside model, albeit on their derivatives platforms, which the US derivatives regulator the Commodity and Futures Trading Commission (CFTC) said in November 2013 is non-compliant with the Dodd-Frank Act.

Stephane Malrait (right), head of eCommerce for FX and Fixed Income at broker Société Générale says that a move away from relationship-based trading and towards price-based trading is perceived by some as a threat. 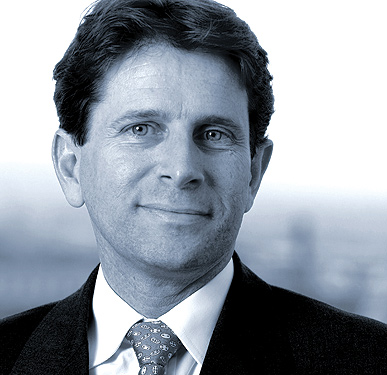 “When we talk to the sellside, firms say they don’t want to lose their relationship with the buyside and that relationship is also important for the buyside,” he says. “This is partly reflected on some electronic platforms where you see prices from smaller [sellside] players that are not really tradeable. There is value in that information about the quote request.”

In the cash market, liquidity sits almost entirely with fund managers, and a model that would connect up the buyside of the market would seem optimal.

Antoniades says, “In today’s world dealers are mostly acting as riskless brokers, taking an order from the buyside and trying to find the other side, so the current dealer to client model is no longer the optimal model of operation.”

Malrait notes that there are a number of initiatives in the pipeline that aim to deliver on this, but both buy- and sellside are required to support them.

“The buyside is not structured in such a way that it can invest into an initiative that will match orders from one buyside to another,” he says. “To avoid facing other buyside firms from a settlement point of view, they would need to go through an agent as in the equity model. The agent in the middle could be a bank but the banks are not set up yet to deliver this type of business in a mature fashion.”

Fund-management giant BlackRock launched its Aladdin Trading Network (ATN) in 2012 to pool liquidity from its buyside clients, however despite managing enormous levels of assets under management has hooked up with MarketAxess and Tradeweb to provide prices. 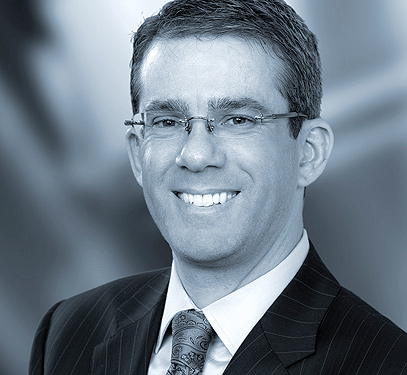 Richard Schiffman (lower right) was a managing director on the ATN project at Blackrock from 2010 to 2013, before joining MarketAxess as Open Trading product manager. “[At BlackRock] we had the right idea and the roots that were put down there are now embedded into the MarketAxess offering,” he says. “We reached an inflection point, we thought the model was sound but we lacked the full breadth of market participants. The decision was to open up ATN widely to get full market diversity, or partner up with another firm that already had that aspect and that was the genesis of the MarketAxess partnership.”

The Tradeweb / ATN connection was announced on 14 May 2014, but for MarketAxess, which has been linked in since April 2013, the connection provides around 1-2% of traditional client to dealer business. “Three quarters of the inquiry flow that we see in investment grade and high yield products is made public on that market list page which represent around 5-6,000 line items per day,” says Schiffman.

Some are sceptical of the RFQ (request for quotation) model. Antoniades says, “Really it has just automated an existing process. It hasn’t created avenues by which liquidity will be enhanced or discovered by new parties on the buyside.”

Vega-Chi, uses order matching rather than an RFQ model, and does not offer post-trade services. It was bought by buyside block trading platform Liquidnet in March 2014, and plans to open up its order matching model to sellside participants.

Williams says, “The more small independent dealers that sign up to these platforms, the greater the pressure for banks to join them, but I don’t know if the platforms will get to the critical mass without the banks themselves.”

An alternative to creating a new market place is to deliver a more efficient model for bilateral trading. Algomi has launched a product for the sellside, which takes voice trading and tries to better automate the liquidity discovery process within a firm. This allows dealers to be more effective at delivering liquidity but without removing the relationship. It is in the process of beta-testing a product for the buyside which will perform a similar function.

“We see a ripple effect of information, so that a sales trader taking an RFQ is then connected to several other people in their organisation who can materially assist, perhaps by connecting liquidity from their clients or other sources,” explains Stu Taylor, chief executive at Algomi.

Chuang believes that the lethargy to change stems from a lack of trading volume, but that brokers and fund managers will find the motivation when they see volumes erupt.

“The catalyst for electronic trading will be when volatility returns,” he says. “When Ben Bernanke mentioned tapering last year, trading volatility exploded. If the Fed raises interest rates, volatility will return. The market is broken and when interest rates rise and there is nowhere to go, traders have to go electronic.”