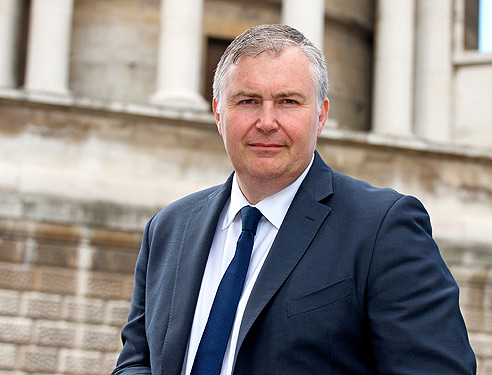 How has the market changed over the past year?

One of the biggest changes we have witnessed is financial institutions intensively scaling back their balance sheet and withdrawing from certain non-profitable businesses due to regulation and the need to extract shareholder value. This has meant a withdrawal of liquidity because they are only focusing on areas where they have the most expertise. The larger banks are also paying more attention to their biggest clients who account for 20% of their business but generate around 80% of their revenue. They are quite nervous over how the regulations, such as Basel III, are affecting their business models. However, the result is that there has been a drop in inventory and although the primary market may look good it is just a facade on the inadequacies of the secondary market. Take the corporate bond market, banks don’t want to commit as much capital as they did previously and the lack of supply and lack of balance sheet has meant that it is difficult for banks to support deals in the secondary markets.

What have been the drivers behind the changes made to the dealing system and move to TradingScreen for FX, and what will be the impact of this on fixed income?

There are around 33 fixed income trading initiatives in the market and one of the big questions that the buyside will ask is which one do you pick? To me these platforms fragment liquidity and we want to have an aggregated view under one umbrella. It is like Sky TV where you want to have access to every channel in one place. We will consider an execution management system (EMS) such as TradingScreen because it could provide a breakdown of the market, this snapshot will mean that we only have to go into one system to be able to take prices from any of the 15 or so banks that we deal with. Aggregation makes for punchier prices and more liquidity if it has support from all.

The EMS is more cost effective because it enables direct market access versus an order management system (OMS) which facilitates trades through an intermediary, which can be more expensive and time consuming. It has five or six different ways we can access fixed income liquidity and it gives us more flexibility in terms of order types than the RFQ (request for quote) protocol that had dominated market structure in the past. The advantage of an OMS is strong compliance but an EMS offers higher levels of granularity in execution control. Other benefits include anonymity and its ability to select execution venues through aggregation, including algorithms and cleaner and better transaction cost analysis (TCA may also be achieved and with potentially better execution).

Has it helped improve the TCA process?

Yes it definitely has. We are a trading organisation of 55 who are driven by best execution and getting the best price in the market. It is our mantra and as a result, TCA is more than just a ‘tick box’ exercise for us. We had developed our own proprietary systems and sets of historical data but one of the main reasons for switching to an EMS will be to further improve our TCA. We have worked with TradingScreen to develop a credible data set that we can distribute internally and also use externally and we would see this as a positive in fixed income as it has been in FX.

We evaluate our trading performance against three benchmarks in FX – the WM/Reuters foreign exchange fixing, creation time and execution time. The aim is to analyse the information to see where we could have added value. For example we ask whether we have added value to our benchmark for a particular trade or if we achieved the best price possible at execution. We also run through all the currency pairs and analyse all the funds and the trades that have been executed to identify what improvements could have been made. We also analyse different areas such as majors, exotics and Scandinavian currencies as well as peer group analysis.

Overall, TCA has been increasingly gaining traction in FX, do you think it will become as popular as for equities?

Yes I think FX TCA is developing quickly and there are more products on the market. Investment managers are increasingly looking at TCA as part of the process because the quality of that execution is key to their clients. The next stage is peer analysis and we are already using TCA to calculate average levels of added value in terms of identifying each counterparty’s strengths as well as weaknesses.

How has the relationship between the buy and sellside changed over the last few years?

This topic is continually debated and one question is whether it is empowerment or disintermediation? Most people would say the latter but I do not believe that has to be the answer. Every institutional investor has a good working relationship with the banks and we are entering into a model where we work together as an industry. The buyside has the inventory but the sellside has the liquidity. I think sponsored access is one way to keep them in the loop but banks will have to reinvent their models. In the future banks will realise the advantages of aggregation and this will lead to support for order book initiatives such as Bondmatch. We want banks to continue to facilitate liquidity and they will want to be paid for taking the risk due to regulation but this model would work better with aggregation for them.

There are also initiatives in the market place to aggregate all liquidity venues using FIX protocol which will join the whole market together and will enable aggregated liquidity. This is system agnostic but market structure focused.

What opportunities do you see for AXA IM?

It is all about the technology and pipes at the front end and the ability to capture more liquidity in order to develop additional products for both the retail and institutional space. We are also looking at developing execution services for third parties and expect the business to grow especially for smaller buyside firms who do not have the resources to navigate the changing environment.

Lee Sanders has been with AXA Investment Managers for over 20 years in different roles including head of FX and Money Markets for AXA IM in Paris and London. After 10 years as an investment manager, Lee moved over to trading to help set up an execution function for Fixed Income, FX and MM and this has slowly been rolled out to a more global role. He also has worked on TCA projects and many initiatives to improve the quality of execution in all the asset classes he oversees.
©BestExecution 2014