A MARRIAGE OF TECHNOLOGY AND STANDARDS. 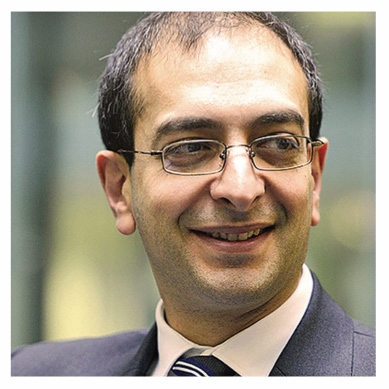 Innovation, they say, drives change. In capital markets theory, that change should improve efficiency and transparency whilst reducing transaction costs and risks. That’s the theory anyway. The technology revolution and its use in the fixed income market is a demonstration of how this actually happens in practice.

The bond market has changed from the days when salesmen travelled America, knocking on doors and inviting folks to invest in bonds. This retail element moved to trading ‘good bonds’ (now called Investment Grade) on exchange but mostly in odd lots. For institutional investors, round lots were easier to find over the counter and this latter model has endured to this day.

The size of the bond market, despite its traditionally old-fashioned trading approach, has continued to grow, reaching $100 trillion in March 2012. Both the government and corporate bond markets have contributed to this rise as they responded differently to the crisis in 2008: governments increased their issuance to fund their growing deficits whilst companies used the market, with its low interest rates and a decline in direct bank lending, to raise money.

The main effects of electronification to date have been in post-trade processing. The impact on the market has been as theory would have it: firms invested in reducing risks, settlement processes improved – banks created straight-through processing systems to settle the increased number of trades with minimal human intervention; standardised messaging protocols developed such as SWIFT to instruct custodians when and where to move newly dematerialised securities.

The impact of this electronification on pre-trade and trading itself has been more mixed. For other asset classes, such as FX and equities, electronic pricing, order matching and auto-execution have all taken hold. Trading itself has been given to algorithms that can seek out opportunities across multiple markets, driving prices towards ‘fair-value’. Bond markets have not followed that model. The heterogeneity of the bonds themselves and the particular needs of institutional investors have meant that anyone searching for the best execution in a large, round lot size often has to call dealers to find out the price to fill the order for the portfolio manager. These dealers either quote from their own inventory or source the inventory from other banks or investors.

Any market that grows with such rapidity is bound to create unnecessary risks and costs – not just for individual companies but also across the whole market. One of the ways these risks and costs manifest themselves is through proprietary or custom technical approaches that have created further fragmentation. These issues have been magnified by the credit crisis in 2008 and the continuing direction of regulation which has further impacted the resources of the banks. This fragmentation, together with the proliferation of proprietary technical standards has created high barriers to entry for new ideas and processes to take hold that could accelerate automation and increase efficiency.

It is not all bad news. The tighter purses and increased regulations are starting to lead banks and investors to think differently about how to address the problems the market faces. Increasingly, bond market participants are turning to open standards such as FIX in order to accelerate electronification in the pre-trade and trading spaces. Long established in other markets, FIX is a relative newcomer to the fixed income space but it is rapidly gaining favour. This is because FIX is a non-proprietary, free and open standard maintained by the non-profit FIX Trading Community under a balanced governance of the membership that comprises the buyside, sellside and vendor communities.

Market participants are also starting to work together in other ways to solve common problems. Collaboration to address common problems and share the cost of the solutions has been done before – a number of market utilities have been set up to solve market infrastructure issues. However, occasionally these have created problems of their own by capturing a larger than expected proportion of the value for themselves at the expense of the end-user community.

But banks and investors are learning. With projects such as Neptune they are building utilities that have non-profit embedded in their principles. Electronification, with its associated costs and risks across the whole technology stack, is starting to reach the point of commoditisation – this allows new utilities to be structured to allow end-users to capture the value from this commoditisation for the benefit of the community. It is a new approach that will no doubt have its own teething problems, but in the bond market, as in other markets, the old for-profit monopoly approach is no longer the main option being considered.

Furthermore, with an ever larger proportion of bond inventory residing with investors, the buyside community is also becoming involved in such ventures to ensure they are fit-for-purpose for the broad market community and to help work out the balanced governance such utilities will require.

To summarise, electronification so far has had only partial success in the bond markets, with the greatest impact to date being in post-trade processing. However, looking forward I am confident that by marrying the use of technology and open standards with industry-wide engagement to agree the required processes and controls, we will see much greater electronification in the pre-trade space as well. Furthermore, with the creation of non-profit technology utilities that involve the broader marketplace and contain balanced governance, the industry can ensure that the value creation from further electronification is passed through to end-users. With a bit more effort, we can prove the capital market theory correct in the pre-trade space as well.

ESMA invites input on use of DLT for trading and settlement

The European Securities and Markets Authority (ESMA) is calling for input from stakeholders on ...