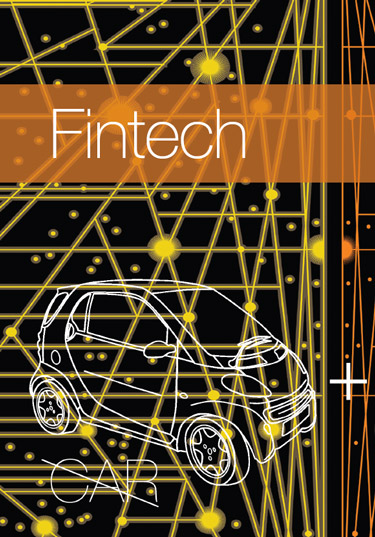 To fully automate derivatives trading on a distributed ledger, a great deal of trust must be placed in the decision-making capability of smart contracts. Dan Barnes reports.

Distributed ledger technology (DLT) is offering the potential to automate the clauses in derivatives contracts, reduce transaction processing and simplify market structure. However major risks have been found in some use cases, which will need to be addressed if the market is to take the technology seriously.

DLT operates by creating one database for all transactions, replacing the databases recording transactions held within each firm separately. In a sense every transaction is ‘internal’ because it is contained in the one ledger. It removes the need to reconcile which removes a major back office cost. The cryptography it uses makes the database tamper- and counterfeit-proof, so traders can only trade what the ledger confirms they already have and no-one can dispute ownership.

Based on this perfect, immutable ledger, it is proposed that contracts should be able to trigger functions like payment, margin calls and close-outs automatically. The database itself could assist regulators in tracking market events and their consequences.

Speaking at the Markit Group 2016 Annual Customer Conference in New York, Christopher Giancarlo, former executive vice president with broker GFI Group and now commissioner with the Commodity and Futures Trading Commission (CFTC), said, “If regulators in 2008 could have viewed a real-time distributed ledger… they may have been able to recognise anomalies in market-wide trading activity and diverging counterparty exposures indicating heightened risk of bank failure.”

There are two main hurdles to overcome. Firstly, at a technical level firms must agree on the standard on which a distributed ledger is built. Currently most large banks are backing two or more of the five primary distributed ledgers consortia. Secondly, the contracts themselves must be agreed upon and successfully delivered.

“The technology and smart contracts themselves are at a very early stage of analysis,” says Clive Ansell, head of Infrastructure Management, at the International Swaps and Derivatives Association (ISDA). “Different markets, different industries are all looking at this and considering the appropriate approach.”

Technologists have been working hard to deliver on their end of the deal. The original blockchain used to trade bitcoin is slow at processing transactions, it is anonymous and accessible by anyone, making it of limited use in a fast-paced capital markets environment which requires some level of control and transparency to ensure fraud and money laundering are prevented.

Many firms including Chain, Digital Asset Holdings (DAH), Ethereum, Setl, Symbiont and R3 have developed DLT to overcome these hurdles and strengthen the positive characteristics. UBS has gained support from several other banks for its UBS settlement coin (USC). It is hard to know the tipping point at which these projects may be considered successful.

Julio Faura, head of R&D and innovation at Santander, a USC supporter, says, “The critical mass is hard to judge but obviously participation by some meaningful amount of the world’s major banks will be necessary for it to be deemed successful. It is anticipated that the USC project will expand to many other financial institutions as the legal, regulatory and technical issues are overcome.”

Numerous success stories exist. In April 2016, Lee Braine, the chief technology officer for Barclays investment bank demonstrated a prototype for creating a derivatives contract on the R3 DL technology, based on an International Swaps and Derivatives Association (ISDA) agreement.

Michael Cooper, chief technology officer, Radianz, at BT Global Banking and Financial Markets says, “The initial use cases are alongside existing systems and functions, giving the opportunity to prove it without driving organisations and industries through a big transformational exercise. I suspect you will see functions that are advantageous to use, but are not necessarily totally disruptive in the first instance.”

However if a system is to work for delivery vs payment, handling both cash and other assets in the open market, it will need to be flexible and durable. Peter Randall, CEO at Setl believes that the way a distributed ledger is constructed is therefore hugely important.

“We have structured [our DLT] to be extraordinarily modular,” he says. “A little bit like Lego, you can add a brick here or there and change whatever the model is. What we have tried not to do is make the mistake of some of the older systems that you see around, where you do everything within the code. Linking tasks in an intelligent way, with an almost infinite number of tasks that can be linked, rather than having one great big code base that does everything.”

Once the platform is sound, firms next need to consider risk within contracts themselves. There are several elements that might be considered ‘smart contract killers’. For example, not all contracts are automatable. Goldman Sachs’ disputed margin call with AIG in 2007 was the beginning of a series of other margin calls that ultimately drove the financial services group to the point of bankruptcy. Contracts of such value must always have room for manoeuvre.

Secondly if a contract is written in code, the code may be determined to be part of the contract, meaning coding loopholes can be exploited legally. The 2016 hacking of the Decentralised Autonomous Organisation (DAO), a crowd-funded venture capital platform, saw the pay-out feature in its smart contract manipulated, allowing a hacker to siphon off $55m of funds into a third party account.

In a paper entitled Smart Contract Templates: foundations, design landscape and research directions published on 4 August 2016 by University College London and Barclays, the authors note there is not a clear definition of what a smart contract is yet, let alone a smart derivatives contract.

“Some people would see it as the executable code of a contract,” says Ansell. “We subscribe to the view that a smart contract needs to be executable and enforceable. From our perspective there are a number of things to look at when designing a smart contract. They include proof of identity, accessibility of the product and intended outcomes.”

The DAO case saw the supposedly immutable chain of transactions rolled back, removing a swathe of transactions including the theft from history. That too has an effect on the underlying technology.

Faura says of the USC, “The ledger will be immutable but since the participants are highly regulated entities with bilateral commercial relationships, it will be necessary to implement mechanisms for transaction reversibility in case of error or fraud.”

Caitlin Long, president and chairman of the board at Symbiont, adds, “There is a critical philosophical difference between a smart contract written on an open source platform designed never to be changed, and a smart contract written on a closed platform, purpose-built for the financial services industry, where contracts change in real time in the real world all the time.”

“Where we might get to in the end is the code becoming the contract,” she says. “We built our system so that parties can move along that continuum as they get comfortable with the technology.”

Assuming there are viable technologies and contracts, the plethora of developers mean that no standards will develop for some time. ISDA believes consensus is needed around the documents from all market participants and regulators. No fewer than five consortia are creating DLT with many banks backing several of them. If there is change, it will occur at committee speed and that may limit progress. Furthermore, the vision of what needs to happen has to come from the right parts of the business.

Leda Glyptis, director at consultancy Sapient Global Markets says, “People who have spent 25 years in fund accounting are not the right people to imagine what the world looks like without fund accountants.”

The development of digital ledgers is owned at every level by big finance houses. They will determine whether and how quickly blockchain is adopted.

Simon Taylor, co-founder at digital ledger consultancy 11:FS said at a Euromoney bond trading event in September, “Some [banks] are probably engaging to [control the pace of change], but many really see the advantages and savings in back-office efficiency.”