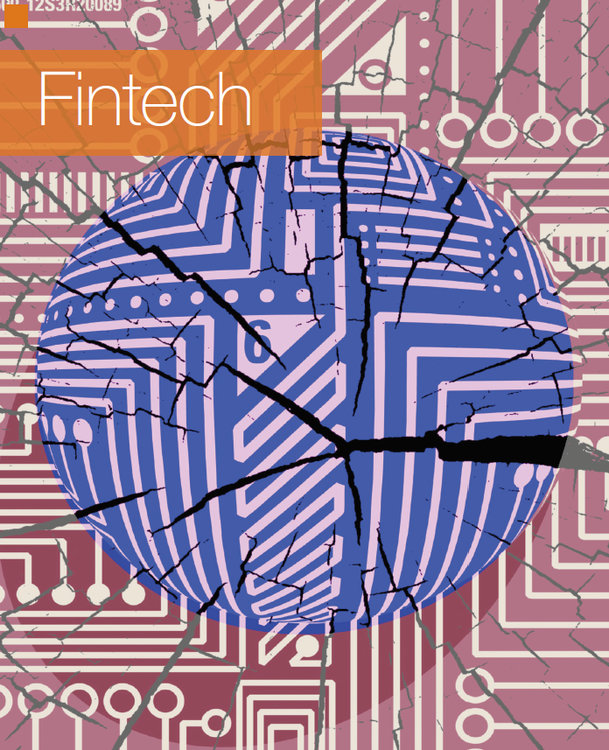 THE RISKS OF THE TECH REVOLUTION.

Innovation is encouraged but Chris Hall looks at why fintech may be doing more harm than good in some cases.

Ten years after the global financial crisis wreaked havoc in unpredictable ways thanks to poorly understood linkages, questions are now being asked as to whether the introduction of new technologies and services by non-traditional providers will add further risk and complexity to an ecosystem still weakened by self-inflicted wounds.

The potential risks of too rapid adoption of fintech innovations to the stability of the global financial markets were clearly highlighted by DTCC’s paper – Fintech and Financial Stability– Exploring How Technological Innovations Could Impact the Safety & Security of Global Markets.

Acknowledging anticipated upsides to client experience, critical infrastructure, process efficiency and operating cost, the DTCC paper noted risks ranging from cyber-security concerns to over-dependence on automated decision-making, warning: “Fintech is likely to have a greater systemic impact through key transformational mechanisms, such as the disintermediation of incumbents, disaggregation of financial services and decentralisation of networks.”

Regulators are also concerned. The Basel Committee on Banking Supervision is setting up a task force to monitor fintech adoption. A recent committee paper (Sound practices – Implications of fintech developmentsfor banks and bank supervisors) noted fintech’s potential to lower barriers of entry, elevate the role of data, and facilitate new business models. “The scope and nature of banks’ risks and activities are rapidly changing and rules governing them may need to evolve as well.”

Some of these risks have begun to emerge in the securities transaction chain, others less so. Whilst retail banks are menaced by alternative payment service providers and robo-advisors nibble at wealth managers’ margins, global broker-dealers, their buyside counterparts and securities market infrastructures have not yet faced significant direct fintech challenges, notwithstanding the plethora of fixed-income platforms launched post-Basel III. This is partly due to aforementioned complexity, as well as the recent pace of technology-enabled change within the sector. It’s also down to timing.

“Banks were weak in the aftermath of 2008, but the window for meaningful disruption from fintech rivals is now over,” says John O’Hara, formerly chief architect for global equities at JP Morgan, now CEO of Taskize, a startup that offers a standardised, automated platform for resolving settlement failures and exceptions across securities market counterparties.

He adds, “Banks and brokers are stronger than a decade ago and much less vulnerable to losing market share, at least to fintech startups. They’ve recapitalised, they’ve adjusted to Basel and their ROE is creeping up. This comparative rebound is tacitly recognised by both sides in the general shift in fintech/bank relations toward partnership rather than competition.”

Systemic stability may not currently be under threat in the securities markets, but new technologies and partners still pose significant risks. Taking its own medicine, the DTCC has adopted a high degree of due diligence in migrating its Trade Information Warehouse (TIW), which processes and reports credit derivatives, onto a platform that leverages cloud computing and distributed ledger technology (DLT).

A request for proposal (RFP) process was conducted in mid-2016, a relatively early stage in DLT’s maturity. “Risk mitigation was top of mind, meaning vendor risk assessments were a key priority, but we also needed a combination of different types of expertise,” says Jennifer Peve, co-head of DTCC’s Office of Fintech Strategy.

DTCC chose IBM as project lead, supported by DLT (distributed ledger technology) infrastructure and smart contract application provider Axoni, with R3, the finance sector blockchain development consortium, acting as solution advisor. The project team’s skill set balanced the desire to fully optimise DLT’s promise against the industry’s risk management imperatives. Trade-offs were inevitable, says Peve. Discussions were required with client CISOs, for example, on how much functionality to include on smart contracts, due to the limited availability of validation tools for the chosen programming language.

“There was a time when DLT was seen as disruptive to market infrastructure operators, but this evolved as clients expressed a desire to work collaboratively with incumbents and build risk mitigation into the implementation of this and other new technologies. In part, this was in recognition of the importance of governance and resilience measures put in place by market infrastructure providers,” she says.

DTCC started exploring DLT’s potential at the behest of users. The genesis and development of the project reflect the cautiously proactive approach of banks and market infrastructure operators. When budgets are still tight, margins, and revenues and fees still low, while costs and customer expectations continue to rise, incumbents know they must embrace change.

“Banks profoundly understand the risks of working with fintechs. The evidence is in their extensive due diligence and their reluctance to allow start-ups too close to core processes, keeping them at the periphery,” says O’Hara at Taskize, which has an investment agreement and marketing arrangement with European post-trade firm Euroclear. “That backing has been critical to banks’ willingness to accept the Taskize SaaS model.”

Taskize ‘sits’ on top of existing systems, helping back-office staff to fix breaks when STP fails, rather than replacing core kit. Nevertheless, clients are alive to new risks lurking within the emerging ecosystem. “So many fintechs run on Amazon Web Services (AWS) that it has been identified as a potential systemic risk. Banks ask us how quickly we could re-platform. If AWS went down tomorrow, we’d be back up within 48 hours,” says O’Hara.

Some sell-side firms are positioning themselves as safe conduits for fintech into the securities value chain. State Street has instituted a digital product development and innovation team which coordinates between fintechs, the firm’s main business divisions and their clients, to identify nascent technologies and solutions with the potential to improve process efficiencies and / or generate new revenues. 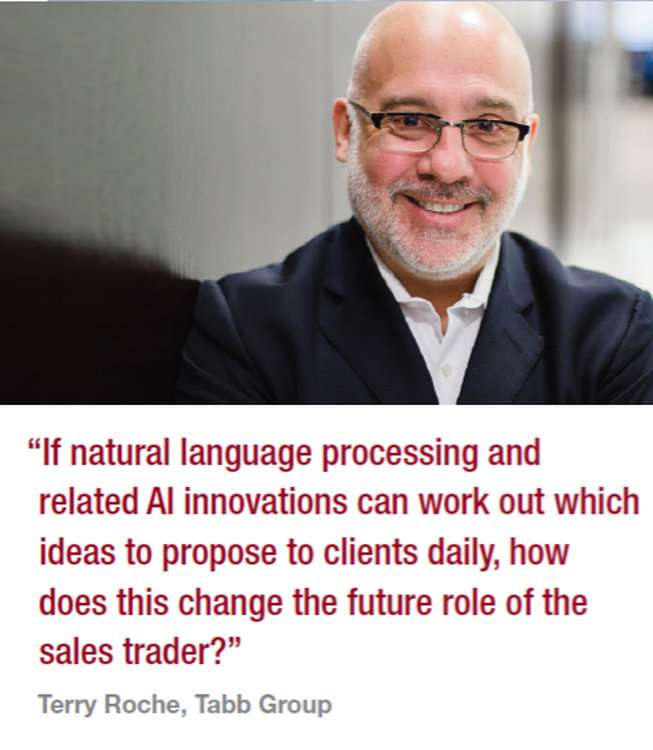 “Fintechs have some very interesting ideas and can develop them quickly, but they also value our assets, such as client relationships, domain expertise and deep data sets,” says Ralph Achkar, business partner, digital product development and innovation team, State Street. “At the same time, outcomes for clients can be better from a risk management and convenience perspective if they can access those ideas via a harmonised interface and a robust, secure and scalable infrastructure, rather than interacting with ten different fintechs.”

DLT might be driving change in the back office, but artificial intelligence (AI) is making waves in the front office. Tabb Group head of fintech research Terry Roche says AI is the only way firms can handle regulators’ data requirements, but anticipates fundamental process change. “Much of the disruptive power of fintech will come through how it replaces existing human-orientated workflows,” he says. “If natural language processing and related AI innovations can work out which ideas to propose to clients daily, how does this change the future role of the sales trader?”

The buyside is experimenting with alternative data sets for possible integration into the investment process. According to Bill Stephenson, founder of the AIR Summit and ex-global head of trading at Franklin Templeton, the trading desk may initially prove more fertile ground for AI. Large asset managers have already invested in in-house quant capabilities to improve trade automation, with data scientists poring over TCA and related data sets.

“Buyside adoption of algorithms was a big change, but the trader retained discretion over how and when they were used. In the future, those decisions will be taken out of the trader’s hands, and this will lead inevitably to fewer traders,” says Stephenson. “Under incoming best execution obligations, it is safer from a compliance perspective for asset managers to allocate certain trades to brokers and strategies via a codified and automated process.”

For Stephenson, the biggest risk to the buyside is not having the resources to exploit the fintech opportunity. “Traders and portfolio managers don’t have the data science skill set to prove that alternative data sets are adding value to their processes. Some firms are building up their quant teams, but it is not easy to attract the required talent to the sector.” n

In the next issue of Best Execution, we’ll look at how regulators are managing the risks of fintech growth.