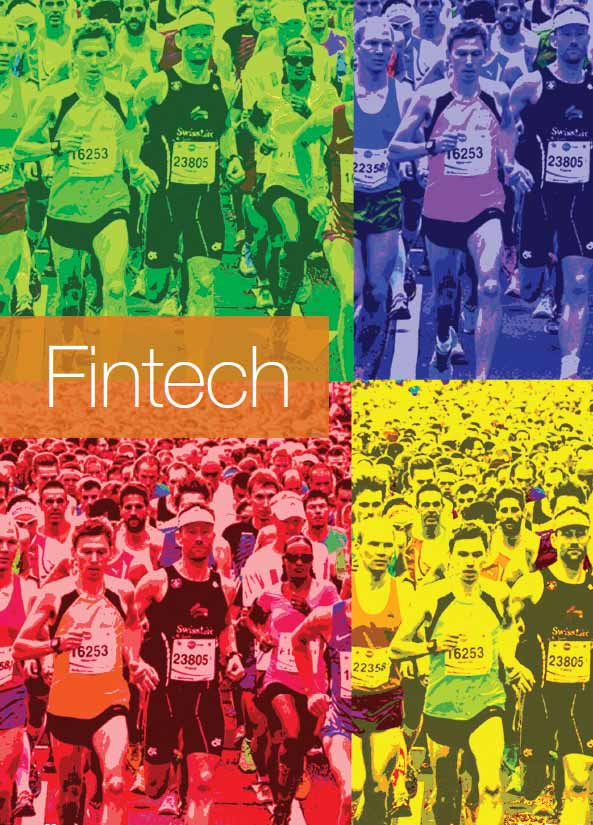 THE RACE IS ON.

The pressure to hit deadlines is enabling regtech firms to grow, but most importantly their clients are getting wiser and more agile. Dan Barnes assesses the scene.

The rise of independent financial technology start-ups (fintechs) has been phenomenal. In its 2016 report ‘Fintech and the evolving landscape: landing points for the industry’, consultancy Accenture found that investment had grown by 75% to $22.3 bn over the previous year, outpacing the 29% growth found in venture investment as a whole over that period. In the capital markets space, trading, risk & regulation and asset management are each notching up a compound annual growth rate of over 30% investment.

Expectations are highest for regulatory technology (regtech) firms, based on the pressure that financial firms are under to comprehend and comply with an enormous volume of new rules as well as different and changing deadlines. The opportunity regtech businesses typically address is not purely based on new technology; it can also be a new approach to dealing with problems that regulation throws up both for financial institutions and regulators.

“I am not sure I have seen a lot of genuinely new technologies being applied to MiFID or off the back of MiFID specifically,” said Rob Howes, co-Founder and chief operating officer at pre-trade data provider Algomi, speaking to Best Execution at the European Market Liquidity Conference on 27 February 2017. “I think there are some opportunities, but I would say I have not really seen anyone doing anything that is genuinely I would say emerging technology.”

As an example of an opportunity that needs addressing, he cited the requirement to capture pre-trade information in markets which are largely illiquid and voice traded.

“If the first time a sellside firm receives an enquiry on a particular International Securities Identification Number (ISIN) is over the phone, why can’t we have chat that picks that up, time stamps it, recognises that the enquiry has happened, then runs it into the voice infrastructure that is prevalent at most large financial institutions?” he asks. “I have not seen anyone doing that and it is genuinely an emerging technology.” 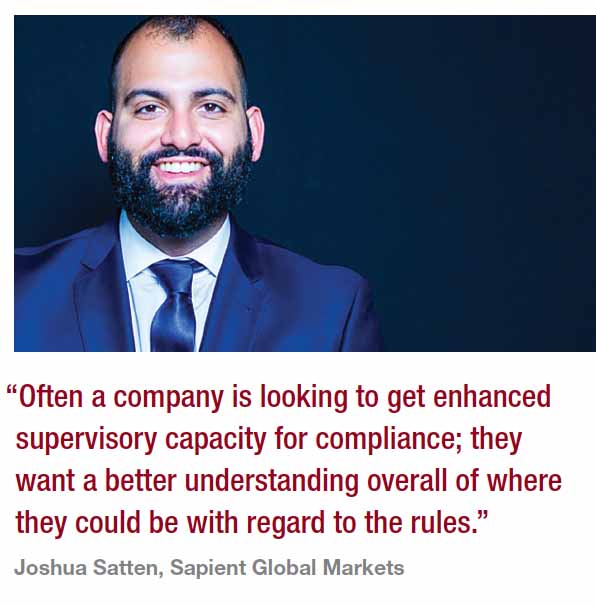 MiFID II is a good example of a modern regulatory challenge; like Basel III and the Dodd Frank Act it captures a broad range of activity. It allows firms to make choices about how their business should be categorised and it sets out quantitative parameters that firms need to run in order to work out where or how their business will change. It will transform capital markets in Europe and as a knock-on effect hit firms trading into Europe, affect global capital markets more broadly.

It is the scale and complexity of the rules that create opportunities for businesses to step in with point solutions to tackle specific issues. Joshua Satten, at Sapient Global Markets says, “Often a company is looking to get enhanced supervisory capacity for compliance; they want a better understanding overall of where they could be with regard to the rules, and on the flip side they want enhanced regulatory compliance, ensuring that they are submitting all their reports and doing all the reconciliations.”

One major challenge under MiFID is the unbundling of research and commission payments. For asset managers getting to grips with this fundamental reorganisation of how they pay for services is hard. For brokers and research providers who have to price a service that has largely been implicitly paid for via execution, the challenge is an existential one.

Vicky Sanders, co-founder at RSRCHXchange, a marketplace for institutional research, says, “I think regtech is often an application more than it is about it inventing something new.”

She observes that research aggregation has been conducted for decades, but where the major terminal businesses within the sector have aggregated research, the legacy technology that they were built upon makes it then difficult for them to adapt.

“And they have yet to adapt,” she says. “It took us about a year to build our platform which is called RSRCHX, and we took inspiration from things that we see elsewhere, technologies that are pretty commonplace in other areas yet have never been applied to the research space before. A lot of features we have added in to RSRCHX, most people outside of the world of fund management or heads of research would have thought were always there, because they just exist in everything else that we do as individuals.” 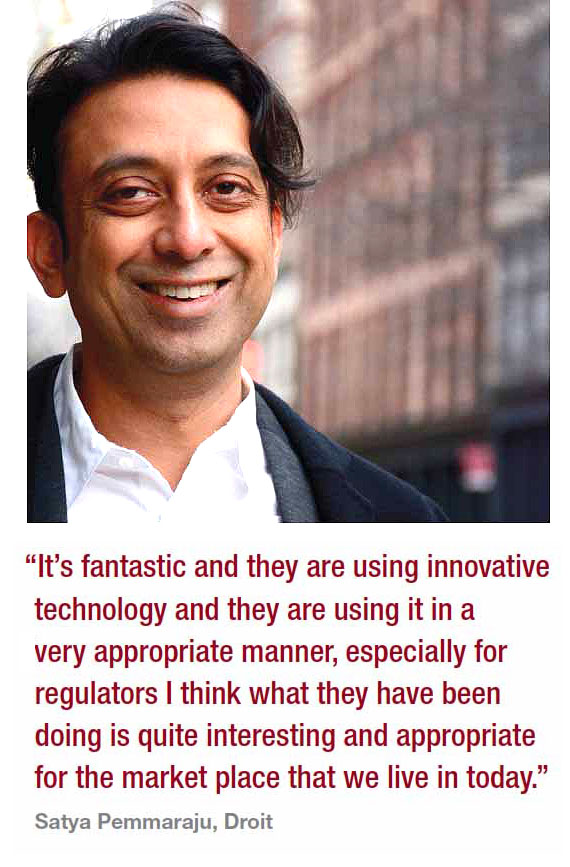 Rather than developing new technology firms like this are applying tried and tested technology to a space in which it has not existed before. The obstacles are not only for the firms seeking to comply with rules, but also for the regulators wanting to enforce rules. In the US, the Treasuries market is being brought under control after a chaotic flash event revealed a total lack of regulatory oversight. If existing plans are carried through under the new administration, US treasuries trades will be reported to regulators, with further plans to make them public.

“That is given any transaction globally we can actually classify who has to report that transaction under what regulatory regime globally, because any filled transaction could be scoped in by multiple regimes,” he says. “And that’s a fairly common occurrence these days.”

The level of introspection and target hitting to which firms are subject as a result of regulation is not an end in itself. One of the positives that has come out of all this legislative change has been the opportunity for banks to gain more visibility over their own internal workings and data.

“They are using this as an opportunity to clean their data and streamline their processes,” says Lloyd Altman, partner at trade and transaction reporting specialist, RegTek Solutions. “Without the regulatory stick they might put that as a secondary issue. Now they have to be able to say, here is evidence that we are complying, here is our data it’s all clean, here are the processes that we are following, here is the architecture, here is the programme. That way if they are being audited, and some clients of ours have actually brought us in because they are being audited and they need to show that they are putting controls in place that they didn’t have before, they can demonstrate compliance.”

There is also a sense of urgency, which is willing along the growth potential of regtech firms, even where a firm may need to hinge critical business risk upon a relatively new or small service provider. 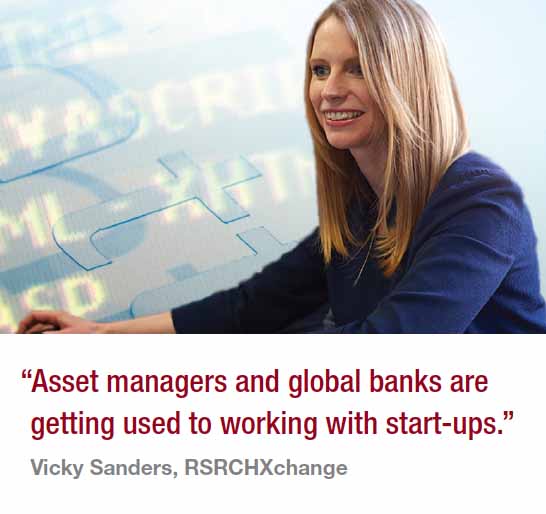 “Asset managers and global banks are getting used to working with start-ups,” says Sanders. “There is a willingness to outsource, with a race to a deadline that will now suddenly appear, there is a cost angle because regulation just costs, fact. And then there is also the security and data protection; they need all the elements they would expect if they built a service in-house. We need to be able to provide for them as well.”