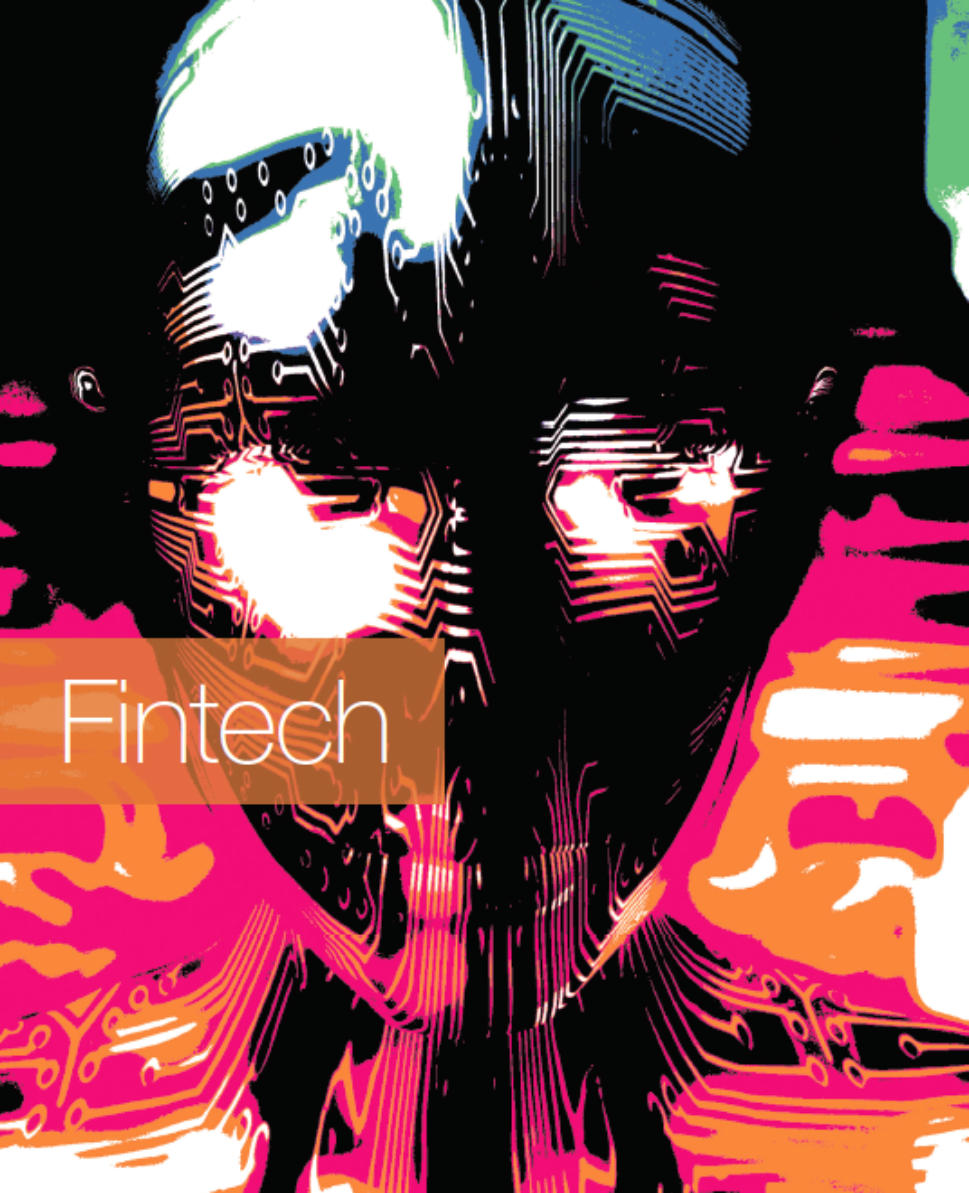 Heather McKenzie looks at the clever ways AI is being deployed across the financial services industry.

Research into artificial intelligence (AI) is not new and in fact dates to the mid-1950s. However, huge increases in computational power have brought AI into the real world, as opposed to the theoretical. The number of software projects that use AI within Google, for example, increased from sporadic usage in 2012 to more than 2700 projects in 2015 and now the technology is also being taken seriously by the financial industry.

The technology has been a particular focus for research firm Celent, which last year produced two reports, Artificial Intelligence for the Buy Side: Vendors for the Trade Value Chain and From Big Data to Artificial Intelligence in Capital Markets: Code or Be Coded?. The report on the status of buyside implementation states that “firms that are not already using AI today in capital markets risk falling significantly behind their competition in the next two to five years.” 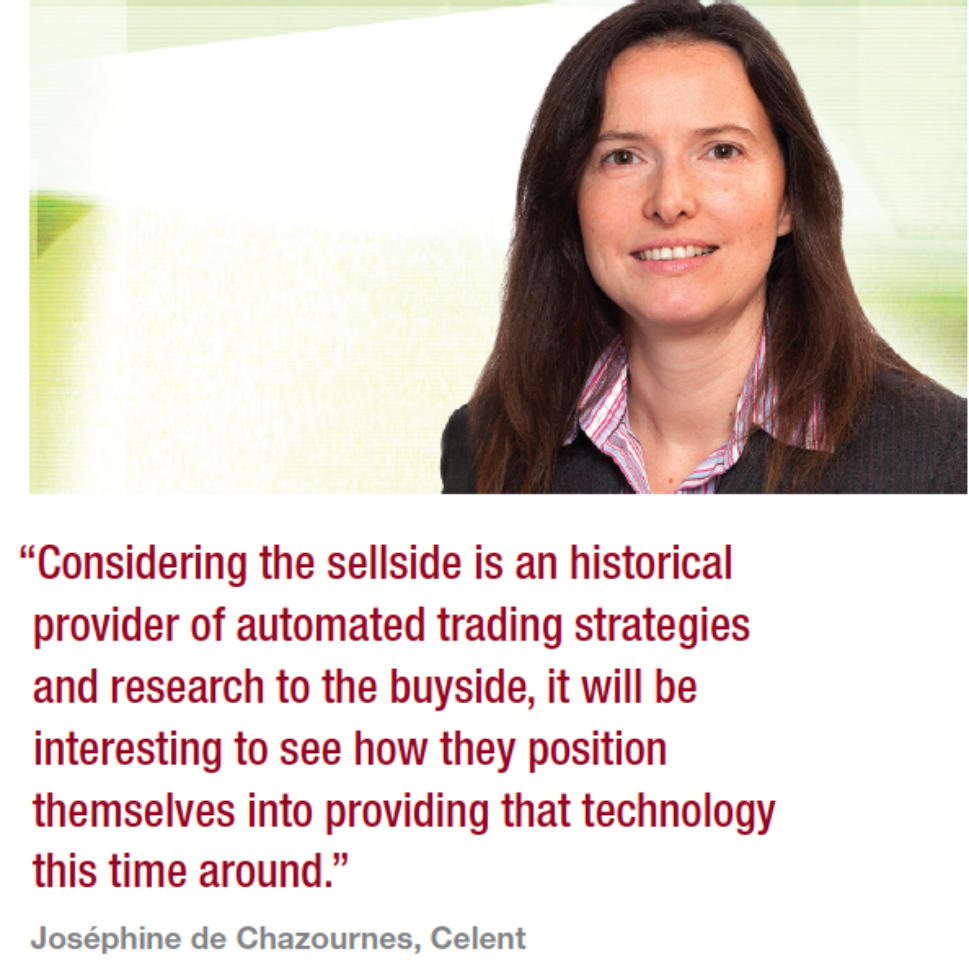 Big data and the technology that enables its usage for business optimisation or revamping are some of the tools available to the buyside to keep pace with technology advances and specifically with new competitors, according to the report. “Considering the sellside is an historical provider of automated trading strategies and research to the buyside, it will be interesting to see how they position themselves into providing that technology this time around,” says Joséphine de Chazournes, senior analyst with Celent’s Securities and Investments practice and author of the report. “More so as exchanges will likely want to join the party and disintermediate the sellside even more by offering such technology to the buyside firms that won’t be able to invest and reap opportunities from their big data.”

Celent identifies many areas of the trade lifecycle where AI can be deployed to improve processes and enable firms to use their data more intelligently, including index and ETF creation, asset allocation optimisation, market making and post-trade processes.

The research firm believes “extremely powerful” solutions for capital markets will be commercialised within the next five years. “AI solutions can lower the cost of many processes throughout the trade lifecycle, but also tackle the revenue side of the equation: research, sales and trading,” says de Chazournes. “The deepest solutions that will combine big data analysis, correlation and causal-based technologies on data, text, image and voice will be more powerful in the future.”

Celent’s enthusiasm for AI is echoed by financial industry research specialists Opimas. Its March 2017 report, Artificial Intelligence in Capital Markets: The Next Operational Revolution, says capital markets firms could improve their cost to income ratio by 28% by 2025 if they harness AI intelligence to automate routine processes currently performed by employees. “In 2017, we expect financial firms to spend more than US$1.5 billion on AI-related technologies and, by 2021, US$2.8 billion, representing an increase of 75%. This does not include M&A activity and investments in start-ups,” says the report.

At the same time, the full benefits of AI technologies may elude firms until they train machines to think properly, according to Opimas. Meanwhile, AI tools might offer traditional firms new ways to prosper. “We estimate that a third of the jobs lost to machines will be replaced by technology and data providers serving the industry’s new needs.”

AI is emerging as a key enabler to drive greater efficiency, innovation and differentiation as financial firms face regulatory, technology and business model changes, says Neha Singh, vice-president, corporate strategy at investor services company Broadridge. “The technology helps them to cut costs and mutual expenses so that they can invest in areas that will differentiate them from competitors,” she says, adding by using machine learning organisations can find unseen patterns and become much smarter with their use of client, transaction and financial data.

Singh describes a recent and dramatic uptick in interest in AI, with enterprise budgets significantly expanded for all forms of the technology, including robotics, machine learning and intelligent process automation. “Machine learning is already being leveraged in areas such as fraud prevention, compliance, market surveillance and AML / KYC, led by specialised vendors,” she says. “Newer frontiers in trading strategies are also being explored. However, there are significant opportunities to take the ‘intelligence’ to the next level, and other areas to be explored, such as process optimisation.”

Data is also a key focus area with machine intelligence at the forefront of understanding data, according to Louis Lovas, director of solutions at OneMarketData. “It’s a next-generation technology to help sort, sift or otherwise glean value from large amounts of data,” he says. “AI and machine learning techniques can detect patterns in the data, breaking down the relevant information, allowing users to make more accurate, informed predictions based on seemingly unrelated/uncorrelated inference, saving time and lowering costs.”

Contrary to the belief that AI will decrease the need for humans in the process, Lovas believes AI will require more skilled and trained quantitative data scientists. “Humans are still needed to help with different strategies, skills, and goals of the firm.” Singh agrees: “While the industry will see powerful AI solutions being developed, the human touch won’t go away in the near term, especially when the ramifications of errors such as false positives and false negatives are significant. True cognitive capabilities that replace humans in aspects like creativity and innovation, subjective thought, emotion (in some cases) and mission critical tasks that require 100% accuracy will take longer to achieve.”

Henri Waelbroeck, director of research at Portware, which uses machine learning to predict order flow imbalances, algorithm performance and short-term alpha, says AI should enhance, not replace the trader. “When a stock is tanking and the portfolio manager has a question about an order he or she is not going to want to talk to a robot.” The Portware Brain powers an AI-assisted workflow: automation with ‘intelligent alerts’ at points where human intervention is likely to be most profitable. “A key to this workflow is to rank information based on forward volatility to bring forth the most important data points about an order. The trader should know what is happening and what is the likelihood of each scenario going forward.”

Singh says data is a critical element for machine learning and significant time is spent prepping and cleansing data for use, rather than on the model development itself. “The ever-increasing use of AI and machine learning will drive firms to invest in strong data management that speeds up modelling and reduces reputational risks.”

Opimas’ report contains two caveats: at this point in the development of AI tools and that it would be “extremely risky” to rely fully on such tools. “Human supervision is still crucial as the machines learn. In addition, a key element in successfully developing AI-related technologies is access to vast amounts of data in order to train the systems. Without it, you’ve just created artificial stupidity.”

Artificial intelligence in the financial industry

Opimas clarifies the differences between AI and technologies that address firms’ operational efficiency and other needs. It believes the AI term is used quite loosely in the financial industry. AI tools are distinct, and include:

• Machine learning (ML): A process on which most AI is being built. It requires using vast amounts of data to train a system and fine tune it.

• Deep learning (DL): A specific method of machine learning that has been a game changer in data-intensive, machine-learning processes.

The estimated improved cost to income ratios will come through a reduction of overall headcount. “Worldwide, by 2025 we expect AI technologies to reduce employees in the capital markets by 230,000. The asset management industry will shrink most, with around 90,000 people replaced by machines. However, close to 30,000 new jobs will be created at technology and data providers who respond to the financial industry’s new requirements and demands,” according to the report.