Financial service firms are spending more than ever on surveillance technology with estimates showing it is likely to  reach $1.5 billion in 2022, with the market growing over 15% year over year compared to 2021., according to a new report – Monitoring the Silence- Illuminating Black Holes in Communications Surveillance – by Coalition Greenwich.

However, despite the increased expenditure and upgraded capabilities, the explosion of new communications channels like Zoom and Microsoft Teams could be creating dangerous gaps in the compliance infrastructure. 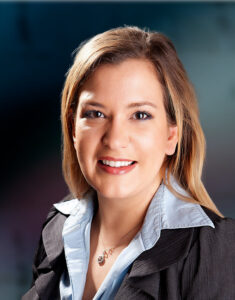 The consultancy conducted in-depth interviews with more than a dozen financial markets professionals in the US and Europe to discuss their current attitudes and approaches toward communications surveillance.

“Data capture remains a persistent stumbling block in the communications surveillance world and is important for compliance officers as the number of communication channels used by financial services professionals grows,” says Danielle Tierney, Senior Advisor in the Coalition Greenwich Market Structure and Technology group and author of the report.

“As such, vulnerability in any of these areas carries a high risk of increased false positive/false negative alert rates. Understandably, errors in the crucial early data collection stages of this process can quickly compound to work directly against surveillance efforts,” according to the report.

However, the future is looking brighter because “data-capture capabilities have improved exponentially with many vendors now facilitating comprehensive or agnostic channel coverage,” says Kevin McPartland, Head of Research in the Coalition Greenwich Market Structure and Technology group.

He adds, “In addition, the use of advanced processing algorithms and the incorporation of AI/deep-learning models have grown more commonplace and effective than previously seen.”

The report added with the use of next-generation technical capabilities now increasingly commonplace, building and consolidating comprehensive source data is the next key frontier in fortifying the surveillance ecosystem.

Dow Jones has launched its own set of sustainability data to help investors and asset managers ...